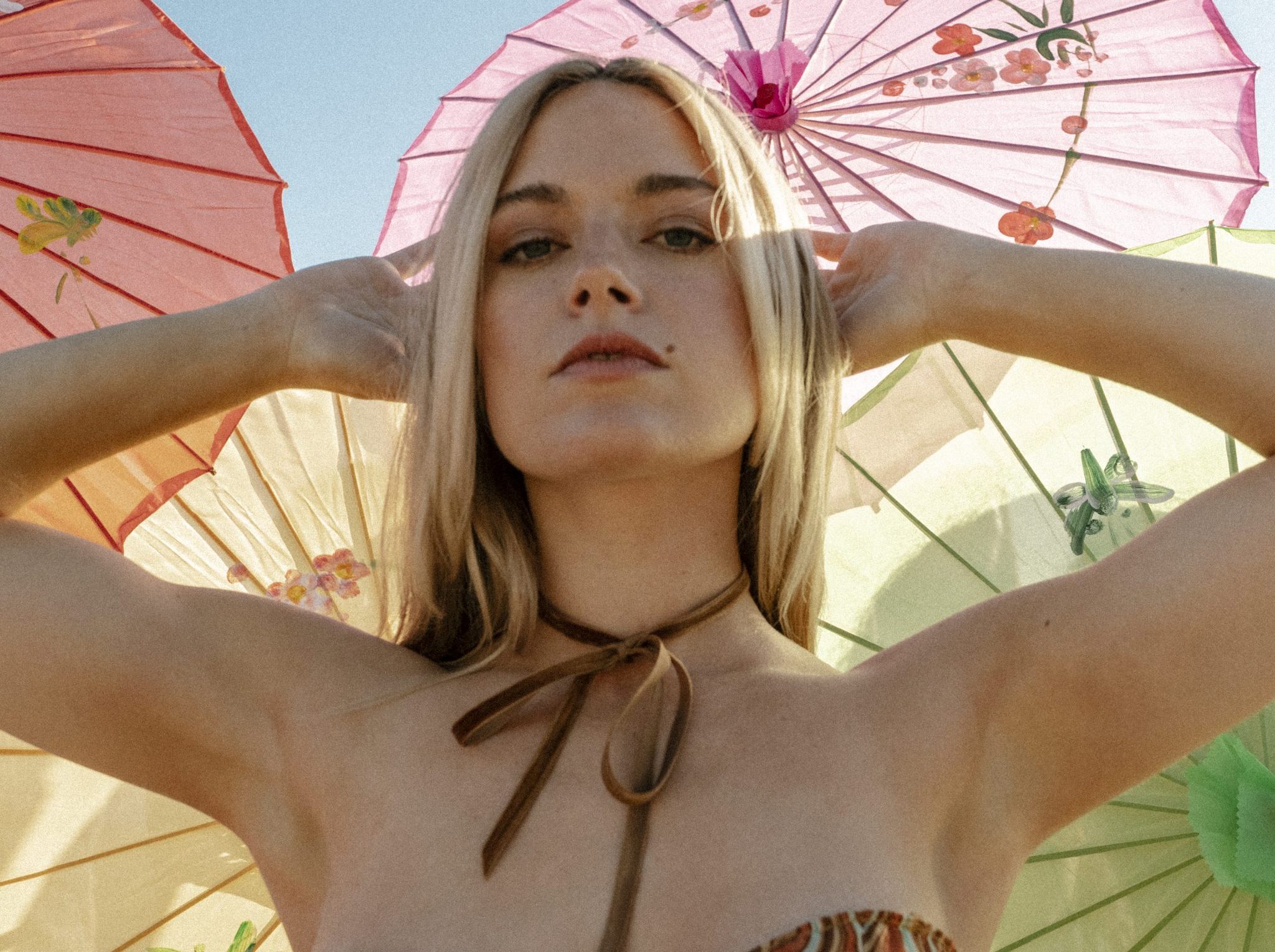 Ashe’s new song “Another Man’s Jeans” has us ready for sunny days and road trips. The California singer-songwriter skyrocketed onto the music scene in 2019 with her song “Moral of the Story,” produced by FINNEAS, which appeared in Netflix’s To All the Boys: P.S. I Still Love You. The song topped the radio charts and subsequently was re-imagined as a duet with Niall Horan.

This song makes me want to grab my group of friends and drive down the Californian coast at golden hour. “Is it me or is it hot? What you want is what I got / Los Angeles is fine, let’s take a drive through the city / come on make a move if you know what I mean / I can be the girl in another man’s jeans.” The song was co-written by Ashe and Leroy Clampitt, who penned most of Ashlyn together. Clampitt has also written with Justin Bieber, Madison Beer, and LANY.

Ashe’s debut album, Ashlyn, has received over 1.5 billion streams, and that was only the beginning of what we expect to be a bright career for the artist. The singer said on Twitter: “I’m so god damn fucking ready for this new era and for tour and for ANOTHER MAN’S JEANS sorry mom.” Considering Ashe started teasing the song on TikTok over two months ago, I think most of her fans are “so god damn fucking ready” too.

For the music video, which was also released today, Ashe said on TikTok, “We went to Mexico and we filmed the sickest music video and the film got ruined. I got a call saying that the entire film is unusable. So we went back to Mexico and we reshot the entire thing.” Ashe had previously said in a TikTok that it had been the biggest production she’d ever done for a music video.

The “‘Til Forever Falls Apart” singer will start her headline shows for The Fault Line Tour in April in Vancouver, British Columbia. She will be touring across the United States, Canada, the UK, and Europe before coming back Stateside for Bonnaroo and other summer music festivals. Just like Ashe, we’re entirely ready for this new era and for whatever she has coming next for us.