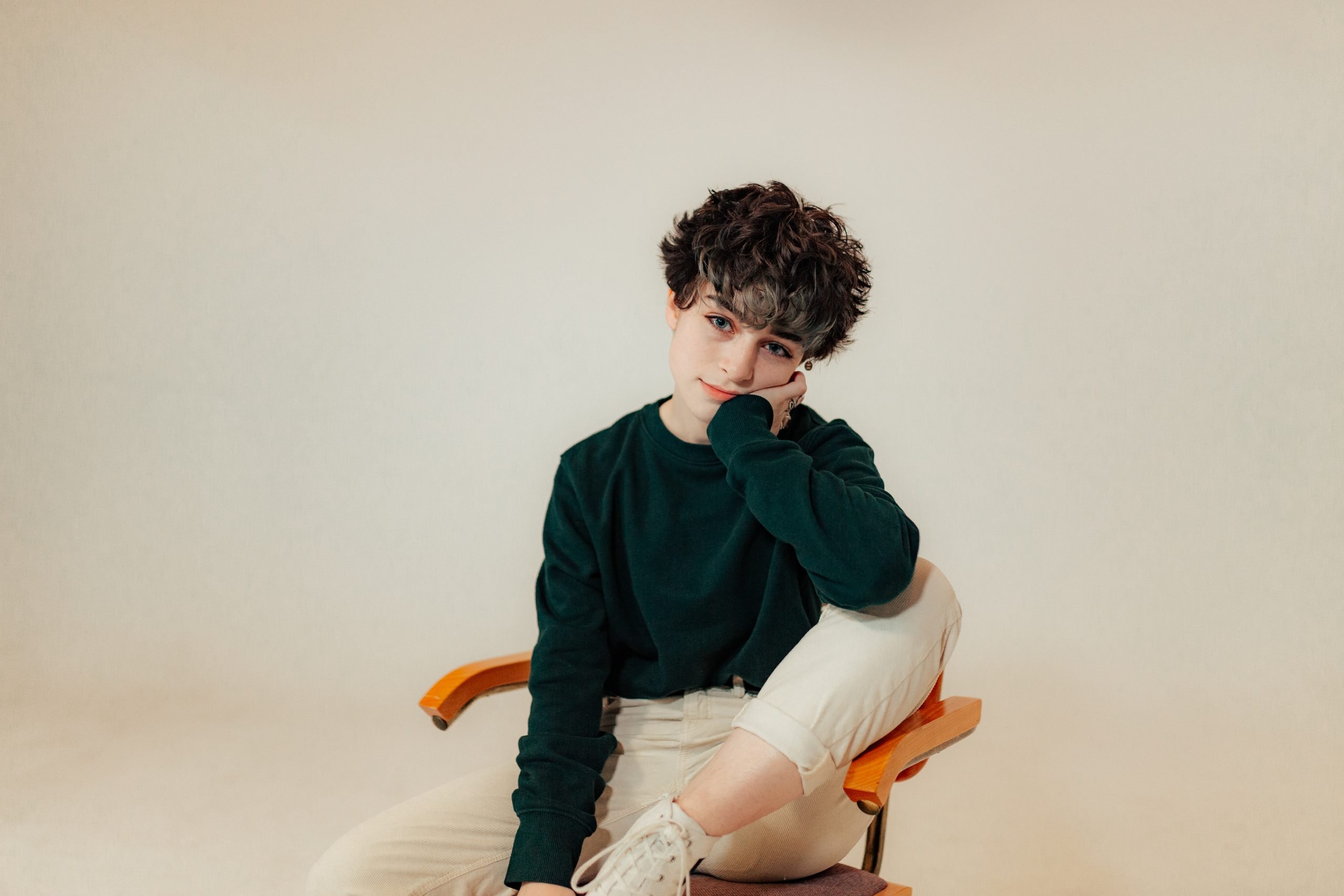 Addison Grace, an alternative musician from Salt Lake City, has released his latest single “Makes Me Sick.” An acoustic-driven song about being lovesick when you’re not used to being loved, it’s beautifully bittersweet. Accompanied by the song’s music video, an aesthetic, minimalist-adjacent video where Grace is the focal point, “Makes Me Sick” is the second release for him this year, following the release of “I Wanna Be a Boy.” While the previous single is a deeper look into who Grace is via his identity, “Makes Me Sick” is a glimpse into how he deals with affection.

The first few seconds of the song feel heavenly, almost like the start of a dream sequence (yes, there is a harp in there). While the acoustic melody that follows may be simple in approach, it is executed in a way that reflects the emotional inner confusion and need to self-destruct a good thing expressed in the lyrics. Grace paints the scene of domestic bliss, even though there’s a hesitation to be found (“a strange duet / I won’t escape / the best I have / but I’m afraid”).

While it’s not what he’s used to, he’s getting accustomed to the feeling of being cared for genuinely. Lamenting about how he’ll try to destroy things, try to amend them, and then continue the cycle, the instrumental picks up with percussion that is much louder and rapid-paced to accompany the acoustic guitar and the return of the harp, almost like a heartbeat. Once the second verse comes, it’s back to the calmer sounds that were introduced in the beginning. Perhaps this is an intentional, musical display of the proposed lovesickness Grace feels, but even if it’s a pure coincidence, it’s hauntingly beautiful. The simplistic yet meticulous arrangement speaks for itself and lays it all out there.

What makes “Makes Me Sick” a highlight of Grace’s discography is its raw and honest vulnerability into something as complex and deeply felt like love. It’s a song for the people who have been hurt in the past; the ones who are unsure of if they deserve the better treatment by whoever comes along next. The music video also reflects this; Grace is shown receiving flowers by an admirer and is seen destroying them every time, until the last we see of them being sent. At this point, he just doesn’t even bother and just lays his head on the table in a sense of defeat. Learning to accept love, especially the good kind, can be hard; however, even Grace honestly admits he doesn’t want it to end (“I’m lovesick / and I don’t want this to end”).

Part of what makes Grace a fantastic musician is his ability to make music not only for himself but for others who may find solace in someone expressing their bottled-up emotions. Whether it’s dealing with gender identity, romantic adventures, or anything else a 20-year-old navigating a social world is dealing with, Grace will tell you exactly what is on his mind. Whatever comes next from one of TikTok’s finest music stars is sure to be captivating.