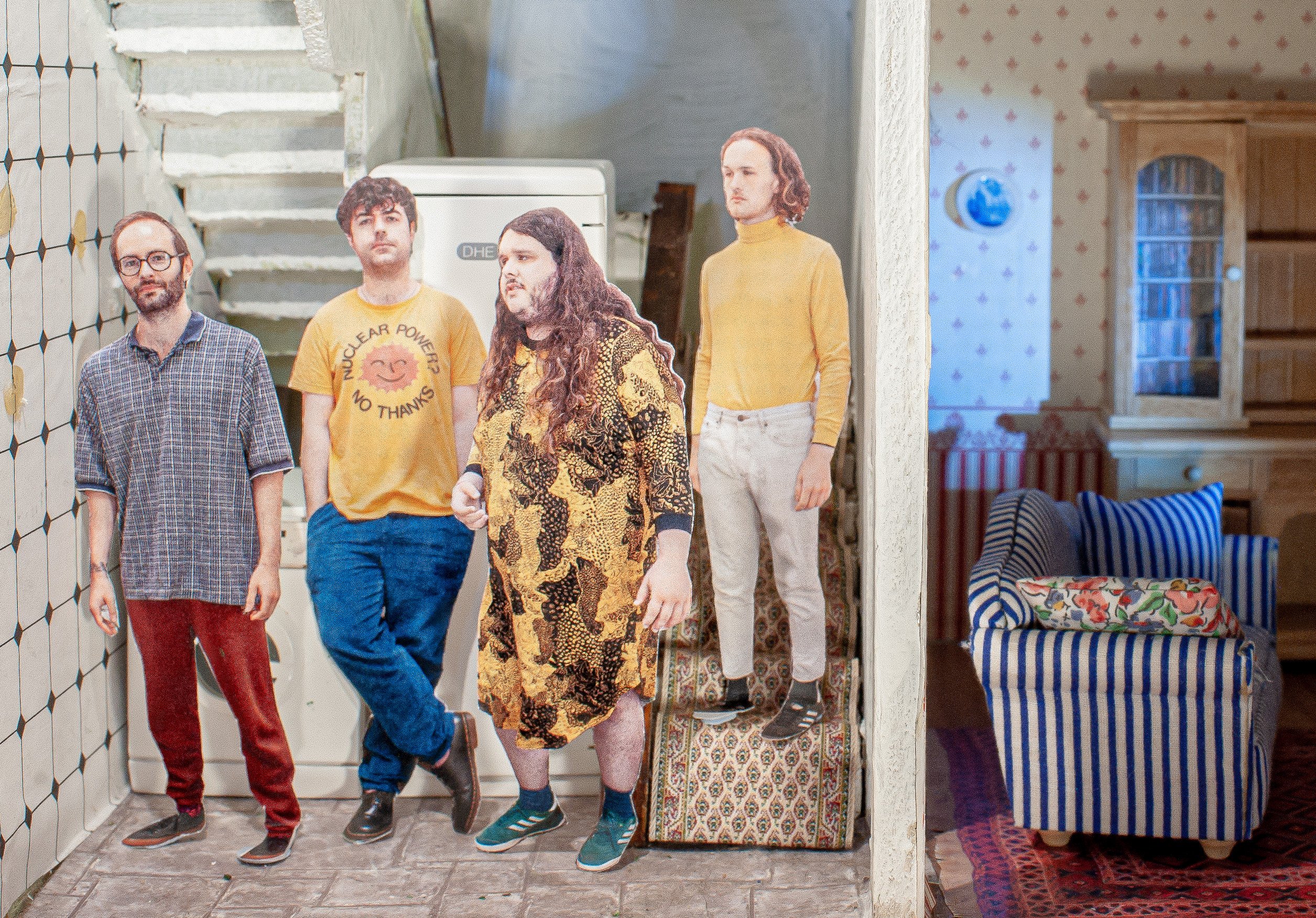 Junk Drawer — The Dust Has Come to Stay

Hailing from Belfast in Northern Ireland, Junk Drawer is a band that’s producing anything but junk. Made up of four multi-instrumentalists, brothers, Stevie and Jake Lennox, as well as Brian Coney and Rory Dee, the outfit has already gained critical acclaim in the UK and won accolades such as the Northern Ireland Music Prize in 2019 for the track “Year of the Sofa.” Now, the quartet are back with a new EP that showcases their wit, talent, and quirkiness to the full.

The post-punk sphere may have become saturated in recent years. But one element that sets Junk Drawer apart from the crowd is the band’s sense of otherness. Jake and Stevie grew up in rural Northern Ireland in an old Georgian surgery and are both neurodivergent (Jake is autistic while Stevie has epilepsy).

“Jake and I would find scalpels buried in untouched nooks of the house and bones used to fill concrete in walls,” Stevie said in a press release. “I think as we’ve matured, the stamp of the place has really been felt on us all in some way. There’s definitely a sense of otherness that we feel, be it due to where we come from, our own neurodivergence, or something else entirely.”

Unlike Junk Drawer’s 2020 debut LP, Ready For the House, the band’s new EP sees the lead brothers share a 50/50 split on vocal duties. Stevie takes the lyrical reins first with the EP’s star track, “Tears in Costa.” It was part-inspired by Stevie finding out that his father was deciding to start a whole new career after almost three decades in the same field, which came as a bit of a shock. The bottom half of the EP’s artwork, showing forlorn, decrepit images of an older and younger man in a café, symbolizes the track to a T. Musically, the vocal melodies carry hints of Everything Everything in their unusual structures while the guitars channel resonances of Television-esque post punk with added coats of haziness painting the soundscape.

“Railroad King” follows with driving rhythms and Americana-style guitars as Jake proceeds with a Woody Guthrie-style ramble: “I wish I was the railroad king / I’d tightrope the tracks / Far from the sound of anything.” Elements of psychedelia make their way onto the EP via the next track “Suspended Anvil.” Field recordings, Irish-tinged middle eight sections, and the band’s aim to “conjure up something otherworldly” make for a widescreen listening experience. But its main attraction comes with Stevie’s almost deadpan, Julian Casablancas-like vocals, which bring a sense of grounding to the track amidst its spacey textures.

Rounding off the EP is “Middle Places” — a slightly more ominous cut with sharp guitar stabs lyrical themes of being overwhelmed by the spiritual energy of places, particularly those close to home in Northern Ireland.

The Dust Has Come to Stay brings together a series of loosely related observations and non-linear stories, perhaps foreshadowing a few of the potential roads that Junk Drawer could pursue in their next body of work. They may write in a fragmental way, yet it comes across as natural and fluent to Junk Drawer.