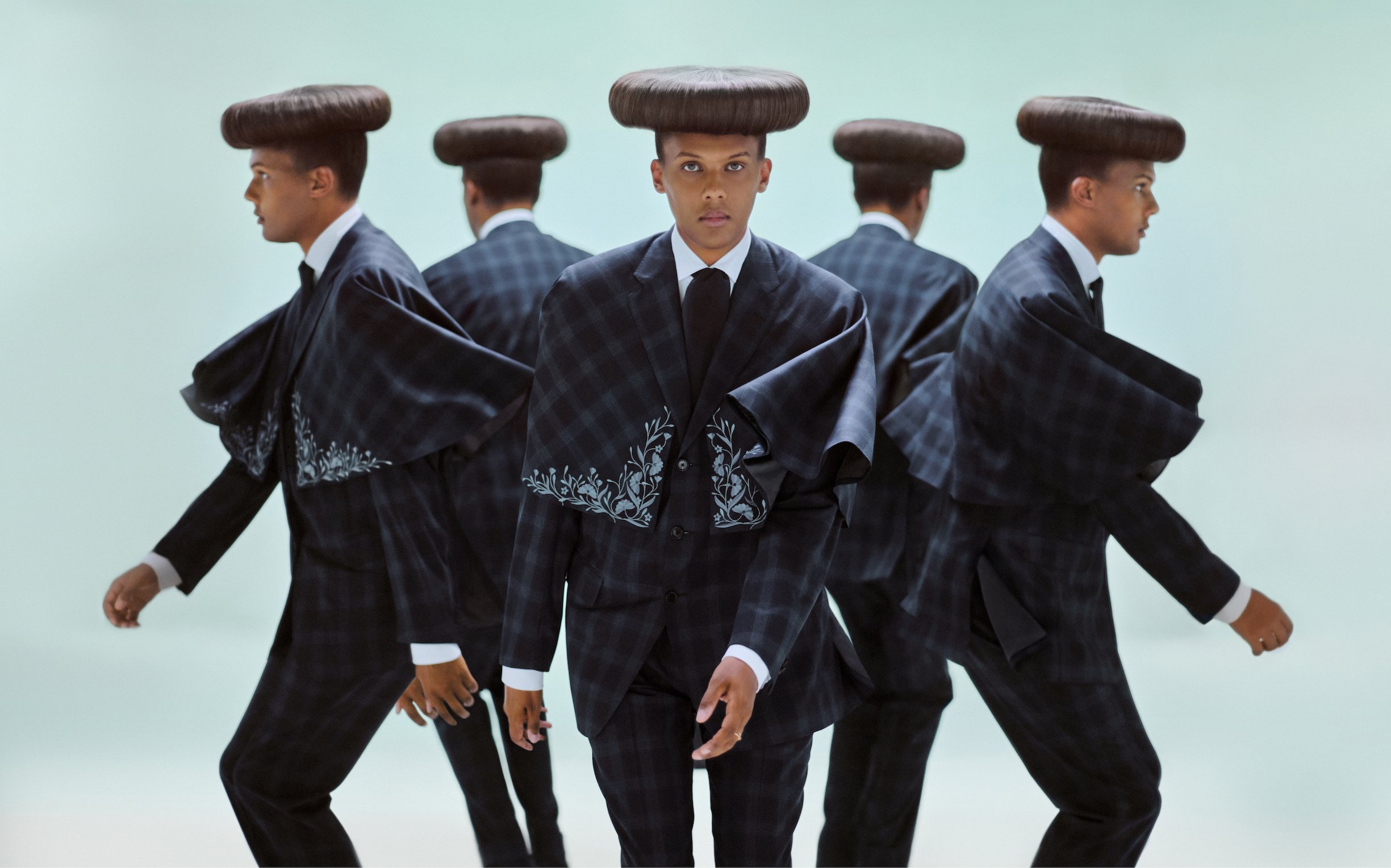 Ever since Stromae burst onto the scene with his smash hit “Alors on Danse,” he’s been one of the most interesting visionaries in music. And yet, after releasing his album Racine Carrée, which featured hits like “Formidable,” “Papaoutai,” and “Tous Les Mêmes,” Stromae disappeared from the public eye for almost nine years.

After spending time on other creative art forms such as video production and fashion design, the singer Stromae is back with a bang. The Belgian artist, whose real name is Paul van Haver, showcases a plethora of musical styles on Multitude, without ever losing sight of the bigger picture: telling stories previously gone untold.

Of course, Stromae’s forever fans will know that the artist is known for his ability to create a musical mosaic with kaleidoscopic characters that provide diverse or unheard perspectives. What is more, he excels in merging heavy subject matter with extremely danceable beats. Multitude offers songs such as lead single “Santé” — a toast to the essential workers who go largely unseen and underappreciated, yet work so incredibly hard all day and night. Musically, the track leans on Cumbia influences, giving it a unique rhythm. Then there is opener “Invaincu,” which is a triumphant song that includes references to his own struggle with health while on tour in Africa. It’s combative, as Stromae raps about killing the personified version of his disease and celebrates recovery in the end: “tant que j’suis en vie, j’suis invaincu” — as long as I’m alive, I’m invincible.

A standout song from the album is perhaps “L’enfer,” which Stromae performed live on a news broadcast in France. Starting off with a Bulgarian choir, the song soon turns morose with a piano and sparse production, as Stromae addresses depression and suicidal thoughts. Yet, when the chorus comes around, while it is haunting, it’s also incredibly well produced and danceable. Similarly, “La Solassitude” and “Mauvaise Journée” tackle similar topics of loneliness and sadness, without ever losing the grand soundscapes that Stromae so masterfully creates.

The fact that the material translates so well — even to those who do not speak the language — is a true testament to Stromae’s ability to craft honest, universal music. It’s in the instrumentals, what with tracks using both charangos and erhus, and in the subject matter: the multiplicity of human experiences. We all experience the entire spectrum of humanity, ranging from dark to light. On Multitude, Stromae captures all of it by seeking out the unseen and mundane. Whether it’s a story about changing nappies and the pure joy it can bring on “C’est que du bonheur,” or a surprising perspective piece from a prostitute’s son in “Fils de joie.”

Another poignant message arrives in the form of “Déclaration,” in which Stromae approaches feminism from a male perspective. While the musical composition is perhaps a little calmer, vocally Stromae excels here as he sings about how (physically) harmful gender biases and inequalities are — making note of parenthood, endometriosis, and contraception in particular: “La contraception qui te détruit la santé / Endométriose, enchantée / J’suis mieux payé que toi sans vouloir me vanter.”

And while Stromae finds it important to address issues or perspectives that have gone unaddressed for too long, he never forgets that music should also spark joy in the end. It should help people find relief, feel heard, and brighten their days. If anything, that’s the message that Stromae sends by ending the album on the mirroring song to “Mauvaise Journée.” Its other half, “Bonne Journée,” sends the listener off with yet another interesting mix of genres and a request to please do the dance of joy: “L’humeur, ce n’est qu’un point de vue / Tu choisis pas si tu vois le bon côté des choses ou pas / C’est parce qu’y a des bas qu’y a des hauts / Et parce qu’y a des hauts qu’y a des bas / Y a pas d’débats d’idéaux, non / Comme un idiot fait les pas de la danse de la joie.”

There is no way that you come out of listening to Multitude without wanting to do a happy dance of joy — it’s that good. Stromae’s not only been able to meet the high expectations he set after his previous album, but managed to demonstrate once more why he is truly one of the most exciting composers and creatives of our time.