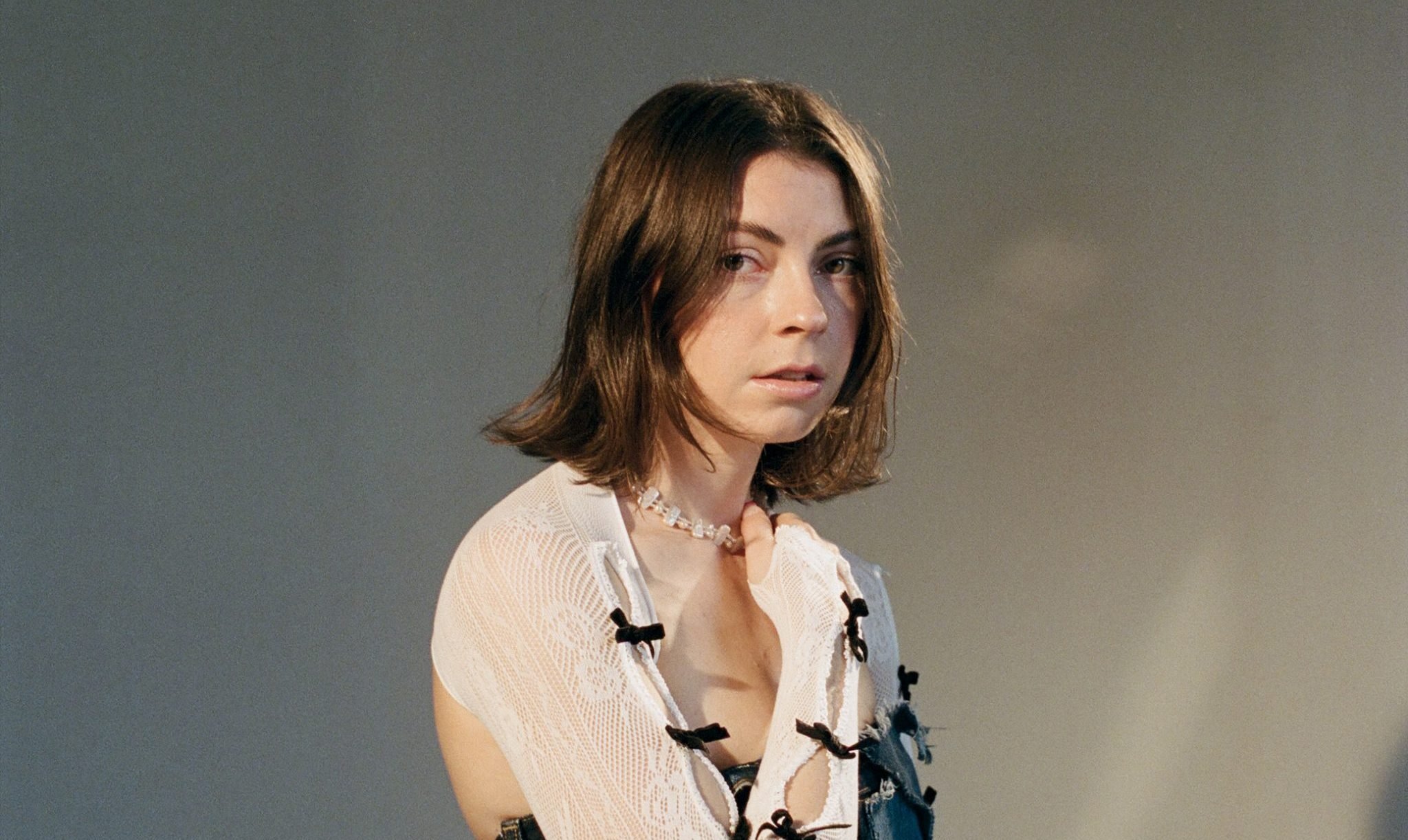 Anna Shoemaker — Everything Is Fine (I’m Only on Fire)

If you are looking for a Brooklyn breakup story that is as intense as a head over heels Hollywood love affair, Anna Shoemaker’s got you covered with her debut album, Everything Is Fine (I’m Only on Fire).

From acoustic guitar and ballads to spooked-out production and raspy, on-the-verge vocal, this album is no doubt a rollercoaster in every form possible — but you are in good hands. In Everything Is Fine (I’m Only on Fire), Shoemaker’s like the older sister telling her younger self how to react in every bad situation. Though the process might be a bit of a whirlwind, involving a lot of crying and screaming, the end result of adulthood feels like a satisfying grand reveal.

An album demanding full volume and lowered windows from the passenger seat, Everything Is Fine (I’m Only on Fire) is a stunning showing from Shoemaker in her debut.

Shoemaker intrigued her audience with an indie rock sound that you just can’t get tired of in her lead-up singles to today’s release. “Sick!” could have tricked you into believing her image as a sweet and melodramatic songstress, and “It’s Depression” featuring Middle Part, certainly adds a little quirks to that perception. She even has a full ballad moment on “Change My Mind” with a beautiful acoustic guitar hook. The title track, “Everything Is Fine,” though, drops hints for something bolder.

And the album certainly surprises. The opening track, “Until I Die,” waits no time to kick in with pumping drums and thrashed guitar. Eeriness floods. The droning bass line looms above all as Shoemaker sings, “laughing till I die,” in a weary, raspy tone. But the psychotic undertone doesn’t fully kick in until tracks 4 and 5, “Mariah” and “Scared of Your Ex (Brooklyn Cowboy).” Specifically, as the fifth single leading up to the album release, “Mariah” is a special one.

In a major-chord glory, Shoemaker goes full mayhem mode with this track. “I set all his clothes on fire / In the backyard out went flyin’ / I got paid sold all his sneakers / Now I’m blowing out the speakers…” She sings as things keep escalating one after another. You don’t even have to have an equally as horrible breakup as this one to feel her — it’s all there. “Scared of Your Ex (Brooklyn Cowboy),” on the other hand, has a bit more mischief to it. With overlays of echoey background vocals and an exceptional synth-induced, electronic production, this track feels surreal and untamed in the best way possible.

But it’s not all anger and madness either. “What Do I Do” portrays a soulful internal dialogue as it reveals in segments. The song opens with Shoemaker singing through a talk box/tape recorder on top of mellow piano chords, then suddenly the bass unveils a grand, splendid but sorrowful pre-chorus. “Now you call me when you’re drunk / Like you never did before / And I’m always picking up / ‘Cause I’m addicted to your love / Or the drama? / Or the pain? / I wonder if you purposefully drive me insane…” As strings slowly whirl in, the album achieves yet another sonic and lyrical high.

Shoemaker didn’t bother to provide a solution to all her not-so-mellow melodrama, or perhaps the solution is weaved in thread by thread to the entirety of this album. As a debut full-length project, the young artist demonstrates an extraordinary ability to narrate and perform. Everything Is Fine (I’m Only on Fire) isn’t just honest. While it does not glorify growing pain, it somehow presents adolescent struggles with a spotlight while attaching a bandage to soothe the soreness of it all. While you may not see your own story from Shoemaker’s debut, everyone’s got a bit of her in them — if you look at the fire for long enough.

With all that being said, we will leave Shoemaker to explain it all herself. We spoke with the artist about all things Everything Is Fine (I’m Only on Fire).

Was the whole album inspired by a breakup? Did it follow the arc of it? What inspired you?

It was, in a way, but only because this album is really almost just bits and pieces of my diary over the past couple of years. The album definitely has songs inspired by a bad breakup, but I’ve also worked on myself and dated and fell in love and figured some shit out and that’s in there too. It’s more of an emotional rollercoaster on fire than an arc.

What do you mean with “don’t look at the fire” in “Everything Is Fine?”

It means everything is fine if you’re not looking at the absolute shambles and flames behind me.

“Scared of Your Ex Girl” seems to be a very specific story, can you tell us what this one is about?

OH GOD. If you see me out, buy me a drink and I’ll tell you!

Can you pinpoint a favorite/memorable sonic moment off the album? If the breakdown of “Mariah“ isn’t it, can you also briefly talk about it? It’s so cool!

That’s my grandma’s voice! I think the song is pretty savage — I just kind of wanted to take the edge off at the end. Hurt people hurt people and I was really hurt when I wrote that song. I wanted it to resolve in a vulnerable place rather than leaving on an angry note.

My favorite moment on the album is the last second or so — it’s very quiet but at the end of “Everything Is Fine,” I’m just laughing and I say “I hate you” to my friend Andrew who was making a face at me while I was recording. He had a lot to do with making this album.

What’s your go-to instrument with songwriting? Why?

Guitar just because that’s what I’ve been doing for the longest.

Which song are you most excited to play live? Why?

“UNTIL I DIE”!! That’s always been a favorite song of mine to sing.

On a scale of 1-10, how much do you agree with the statement “Everything Is fine” at the moment? (basically, do you feel “fine?”)