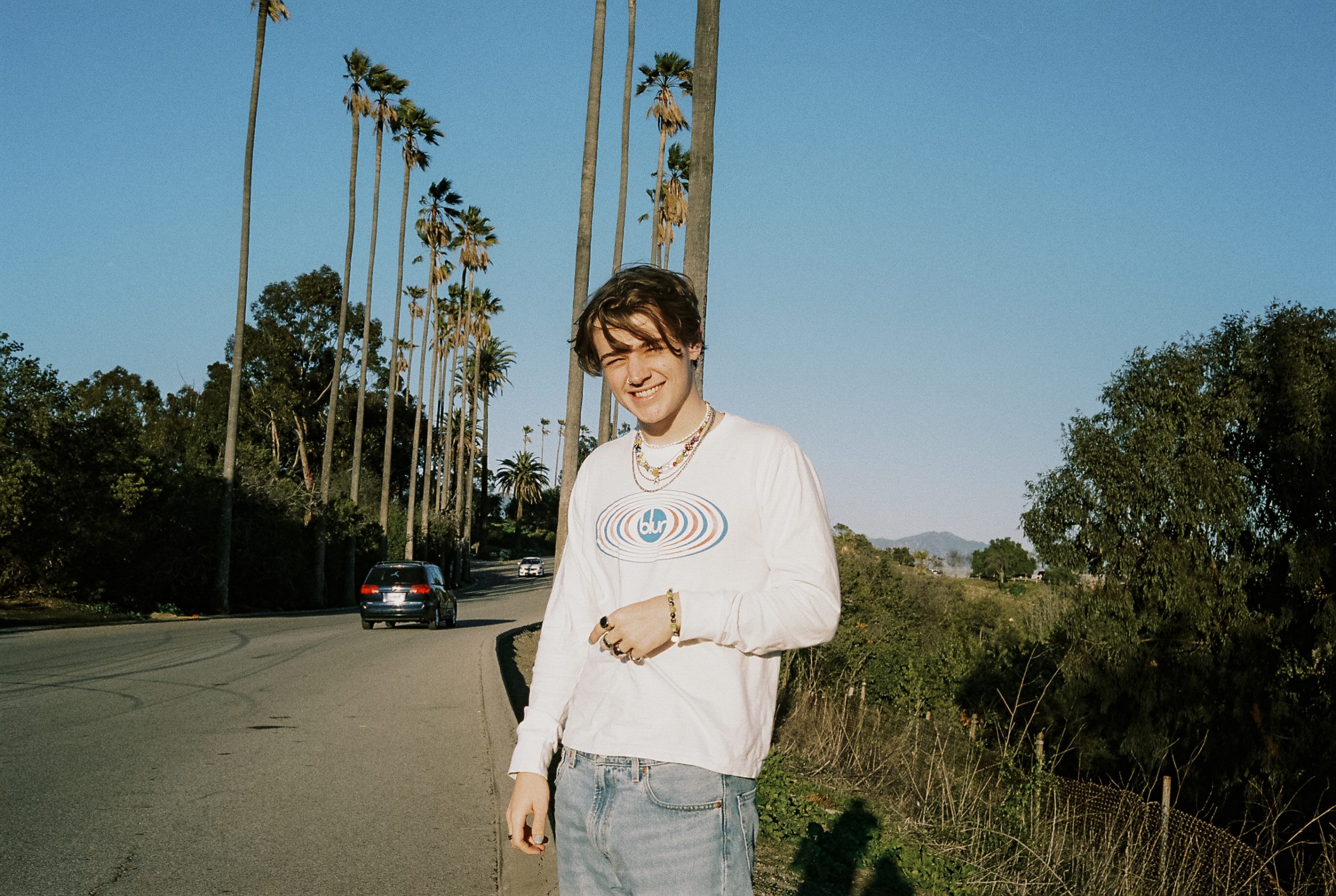 Today marks a special day for Thomas Headon. Having had to sit with these songs that made up his highly anticipated EP, Victoria, for a little over a year now, the time has come to finally release it to the world. Taking you on a journey full of memories, the idea of being young and capturing these little pieces of life can make for some interesting stories. For Headon, it was as simple as finding his first ever love, pretty relatable to many, and that’s how the title track, “Victoria,” came about.

“With my new EP, I completely discovered how much I enjoyed making music,” he says. “It’s quite a cliche answer, but I actually have. After my first EP, I had a bit of a crisis, but for this one, I realized that I like writing and it’s like a personal diary entry for me. To sum it up, it would be how to communicate what’s happening in my life into a song. That would be the biggest thing I’ve learnt from this EP, definitely.”

Apart from music, there wasn’t really any other way for Headon to get his thoughts out as well as he does when it comes to putting pen to paper. “When I was writing music, I was like a 15-year-old boy, and they aren’t really the best with their emotions a lot of the time,” he says with a laugh. “It probably helped me express them a lot more. I still find myself today writing about things that happened when I was 18. You think of one line and then it turns into a song related back to a thing that happened when you were younger.”

Having grown up on bands such as McFly, Busted, and Blur, the music that makes Headon who he is today is evidently reflected in the music he makes now. “With the music I made before this EP, I think it wasn’t that prevalent, but after this EP, it’s been a gear shift, and I was like, I just want to make band-sounding music, stuff that sounds good to play live. But there’s definitely hints of my influences in my music,” he says.

Even though music can shape us into the people we become, our own journey as a creative is still as important. Headon has enjoyed traveling, playing shows, and meeting fans in various countries, but playing the Reading and Leeds festival was “insane,” he says. “It was really fun. And because I’ve only really existed during the pandemic, going out that first summer and playing Reading and Leeds and then in November going on this big tour, probably stand out to me the most. But Reading and Leeds was quite a culture shock as well, because I grew up in Australia and had no clue what it would be like. It was fun.”

Having moved from Australia to London to pursue his dream of becoming a musician, it had to work out. “I recently discovered that I really like traveling,” he says. “I used to think I always wanted to purely be in my bedroom when it comes to work and everything else, but I do really enjoy it. It kind of pushes me in ways, especially in Europe, where there’s so many different languages. I want to do it more! Just get on a plane for the weekend and go to France or Italy. It pushes you because you haven’t seen these places before. So much comes from it, even if it’s solely getting lost.”

Headon has a lot of music to be proud of, so it’s not surprising that his favorite songs he’s written change regularly. When it comes to the track “Cut and Bleach My Hair” from the EP The Goodbye, he calls it “really good songwriting,” adding, “I was really happy with how it turned out. That song is about craving attention. I like the way I’ve worded it with wanting to cut and bleach my hair, which is something I absolutely would never do! I cut it, I just wouldn’t bleach it. But in comparison to other songs, it’s not so much a story about something that happened, it’s more an internal monologue. But it happens all the time, as soon as a new song is released. Who knows what next, but for this one, I’m super happy with it, just as a project.”

“How Do I Know,” the second track on Victoria, is another that Headon is proud of. “I went on a date and it was really fun,” he reminisces about the story behind the song. “I went home and started out with the three chords in the song, it was just me and the guitar. I proposed to the person I was on a date with to get free Champagne. We were both cool with it and it was just a ‘let’s do it’ moment. Started out with the three chords and came out with this story of what actually happened. And Spencer, who produced it, made it 100 times better by adding all the guitars and drums. It was sick.”

And the beauty of Victoria is how easily the music flowed out of him, Headon shares. For the most part, the songs were written fairly quickly. “But ‘Strawberry Kisses’ went through a lot of versions, and so did the title track of the EP, ‘Victoria,'” he says. “‘Nobody Has to Know’ probably took the longest to write as I wrote a bit of that and finished it later on.” If writer’s block does become an issue, for Headon it can be something as simple as taking the bus into Central London to fix that. You never know who you might see who could spark an idea. “Sometimes you just need a good night out because things happen on those nights and it’s just how you get out of those situations,” he says.

And with a new EP comes growth, both personally and professionally. Headon says he’s learned a lot about himself, especially while making Victoria. “I’m a lot better at conveying my emotions,” he says. “It’s really cool as my job to be creative, it’s a lot of fun. Very much recently I’ve just been loving it so much more. I don’t know what I’d be like if I wasn’t a musician but at the same time I’m very happy that I am. I’m not complaining.”

The EP feels like it’s been a long time coming for the artist, though. He’d had these songs brewing for over a year and a half and couldn’t wait for the world to hear them. He’s already working on new music but is taking the time to celebrate Victoria‘s release with a live show. “I really like playing live so after two years of releasing music during lockdown, and to have the EP launch on the same day is sick,” he says.

So far, everything’s coming up roses for Thomas Headon. He’s navigating the music industry with grace and the natural zen he can’t help but have. “I rarely hate people I meet, everyone’s usually lovely,” he says. “Especially around artists, it’s a great thing to recognize another creative.” But no matter how tricky the insider world of music gets, Headon always looks to his fans for inspiration and support. He says the best part about his job is interacting with the fans — especially when they come to feel like friends. “Seeing it translated in real life at shows is the coolest thing. I love it,” he gushes.

It’s only the third month of the year, and Headon’s schedule is already filling up. In-store signings, live shows all over the world, a headlining tour in October, and who knows what else might arise. He couldn’t be more excited, though, and frankly, we are too.