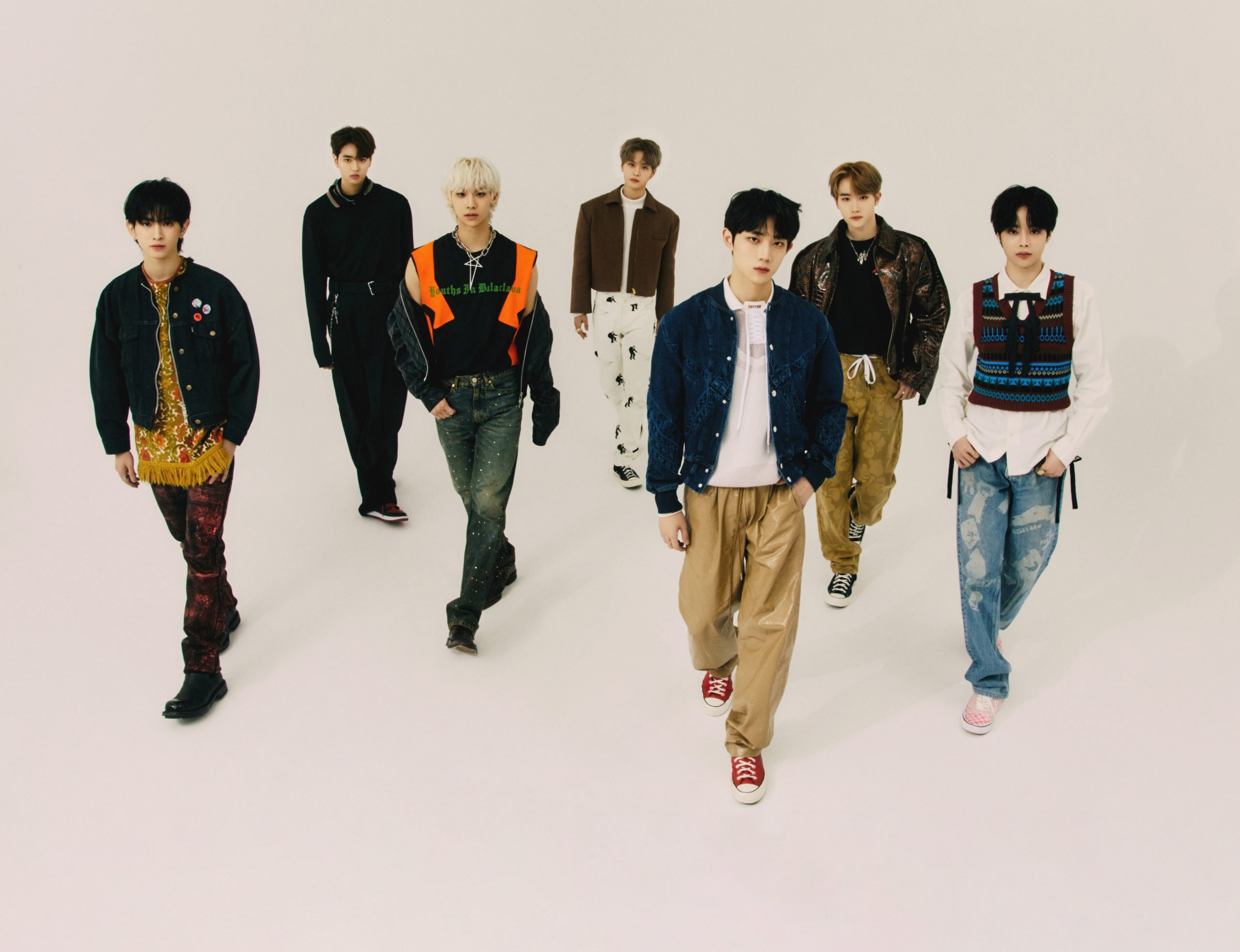 It’s ME, It’s WE is almost a flawless projection of the various genres combined beautifully by the seven-member group TEMPEST, showcasing not only a glimpse into the beginning of a novel era from the newly formed K-pop band but also a successful attempt of their creative visions being blended perfectly together as a team. The lead track “Bad News” from their debut project has already amassed immense success on a global platform and the fans are extremely eager to witness what TEMPEST has in store for the future. We recently had a chat with the group — which consists of HANBIN, HYEONGSEOP, HYUK, LEW, HWARANG, EUNCHAN, and TAERAE — discussing insights about their phenomenal debut.

How has this phase been going for all of you now that your debut album It’s ME, It’s WE is finally out? Are you enjoying the response you have been receiving so far?

LEW: I’m thrilled to have made my dream debut. The fact that we, TEMPEST, have finally released our album is meaningful. I hope everyone loves the album because it is the result of our hard work, recording, and practicing.

How was the overall experience like working with each other for the first time through this album? What would you say was the key element that helped all of you bond together as a team?

HYUK: Through our members and our debut, I can truly feel the perfect teamwork I have dreamt of and expected since my trainee days. At least once a week, we often talk to each other about the team, and I think our unity and solidarity are getting stronger, and it helps us rely on each other.

What sort of challenges did you face while working on the album?

HWARANG: The process of writing the lyrics wasn’t easy. I think it’s important to always understand the flow of the song and have the same emotions as the music when writing lyrics. So, whenever I am writing lyrics, I first listen to the song, draw a picture in my head and then write the lyrics with the intention of coloring in the initial picture. I think I spent quite an amount of my time on this process. For example, the song would only have a “sketch” of an empty living room, and I would fill in that picture with details such as a sofa, TV, and a light stand.

The music video for your lead track “Bad News” looks like a lot of fun! How was your experience like shooting the video amidst everything going on currently?

HYUK: It was our first debut and first music video. It was a meaningful time, and we had so much fun filming it. When I saw the completed music video for the first time after filming, I was even more excited and happy.

TAERAE: Every moment was new and enjoyable, and it was fun learning everything one by one in a new setting.

Before your transition into the music industry, you as individuals have had some extremely exciting solo projects. Is there anything specific that you are currently looking forward to indulging in as a group in your future years that you might not have had a chance to be a part of individually?

HYEONGSEOP: As a group, I wish for us to do big things, including holding meet-and-greets and going on world tours. Also, I want to go on various entertainment shows to showcase my friendliness and talents, and it would be fun to film a web series with my members.

EUNCHAN: I want to film our own entertainment show where we can show TEMPEST’s unique charms as we please.

What’s next for you? Anything you have planned for the year 2022?

HANBIN: Our biggest goal as TEMPEST this year is to win a Rookie of the Year award. We plan on working extremely hard to achieve it.