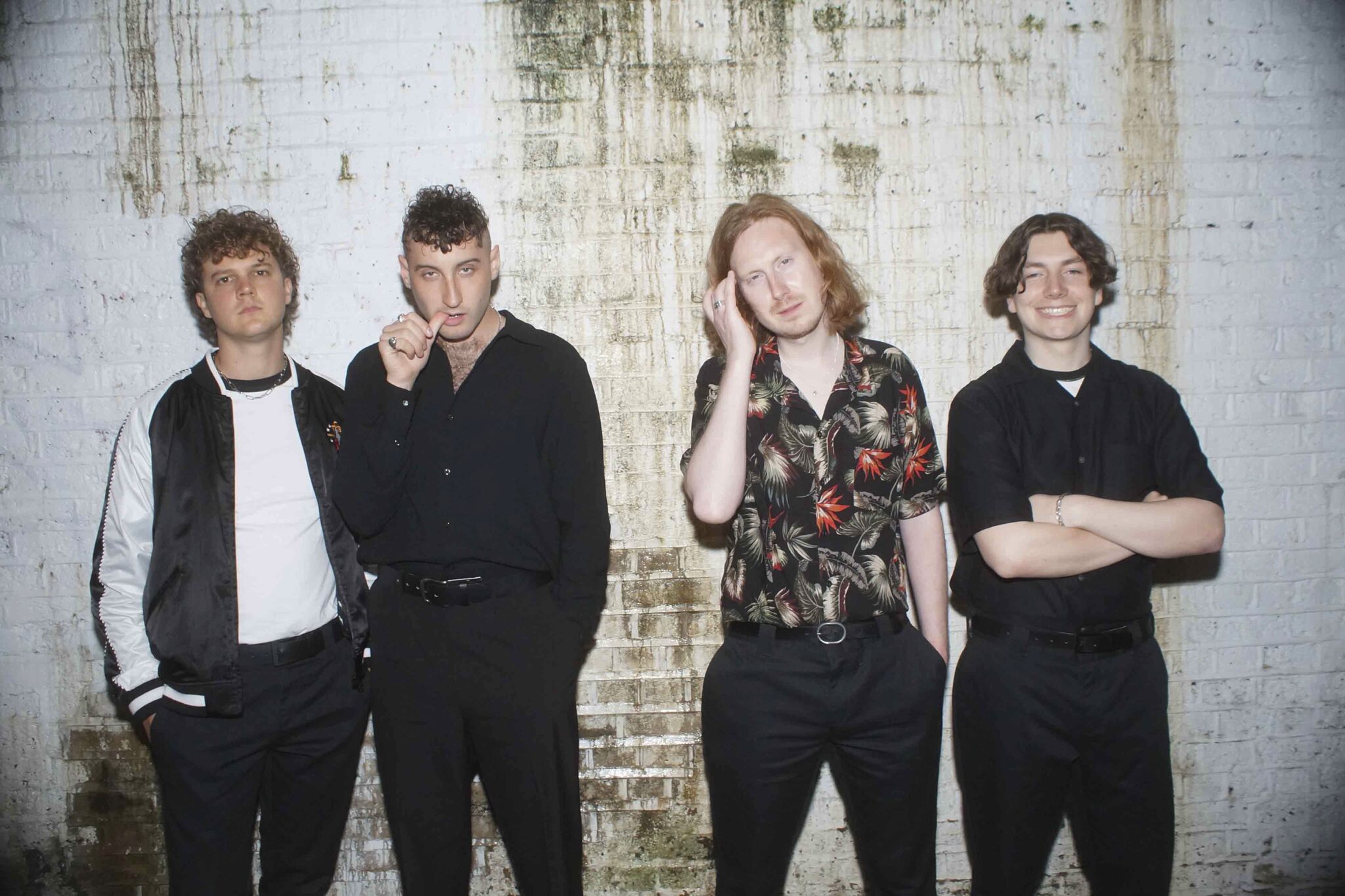 The band, who released their debut album during the midst of the COVID-19 pandemic in August 2020, have just dropped their second full-length project, Homesick. And, while it’s their second time around the record-releasing block, it’s their first full experience, “Even though it’s the second album, I’m just as excited, if not more, than the first,” Camamile tells EUPHORIA. “I know that the world’s more normal again now, and we can drop it and do something cool with our fans. I can’t wait to do those shows with our fans, get out, and fucking have that moment.”

Originally scheduled for March 25, Sea Girls rethought the release date of Homesick at the very last minute, taking to social media to tell fans they can access the record seven days early. The band wrote, “Homesick is ready to happen, so we’re gonna make you all very happy and release it a week early next FRIDAY 18TH MARCH. You’re welcome!”

Spanning themes of identity, substance use, and gratitude, Homesick might feel like it deals with exotic issues, but really, this is all just part of life. “This album is a snippet of life. It’s all normal stuff,” Camamile says. “Life’s fucking great, and it can be fucking shit. That’s what is on this album. And it’s normal. I sort of want people to see the sad side of it because that’s regular life.”

And he’s right, there’s nothing new or special about drug abuse, poor mental health, high-highs, and low-lows, it’s all been done before. But the beauty of music is it helps you realize you’re not alone. “Music is identity, it’s like you can be your truest with it,” Camamile says. “It’s been amazing finding identity as a band, with our fans, and people finding identity with us as well. It’s definitely driven our music. We’re part of a little part of culture, a little part of a group and family.”

Identity can be defined in many ways: It’s our personalities, communities, likes and dislikes, and cultures. But sometimes identity can be found in a person, which is something Sea Girls discovered when writing spaghetti-western inspired track “Lonely.” “Like a lot of the album, it’s just about the feeling of belonging,” Camamile says. “Homesick means you miss somewhere, which means you feel like you belong somewhere. So, that could be to a place, or it could be an identity or group, but this is about feeling homesick for a particular person.”

The song was written during the COVID-19 lockdown and just after the death of Ennio Morricone, when Sea Girls, like many young people, retreated to their hometowns. “I kept driving to the shops and chilling outside, and every time I thought, ‘God, I don’t know if this feels relevant to me and my old friends anymore, I’m not sharing this with the people I used to,’” Camamile shares. “In particular, I was thinking about a girl who I always felt I should’ve dated. It made me feel a bit disconnected. It felt like I should’ve been coming home and chilling with my friends, but I wasn’t. Sometimes, you can feel like everything is going great, but if you’re not sharing that with one specific person, you almost feel irrelevant.”

And “Lonely” isn’t the only song on Homesick that made the band think about their past. Writing “Sick,” the first single from the record, was a pivotal moment for Sea Girls and their musicianship. Of the process, Camamile explains, “I feel like before, with writing music and being in a band, I’d just been pushing anywhere blindly, trying to scrape through, which has been exciting, but I had no idea.”

Then, when writing “Sick,” things changed, he says. “I guess I had a breakthrough,” he shares. A song about all the things that were pissing him off at the time — like The Beatles, sobriety, substance use — “Sick” marked a moment when Camamile felt himself grow up. “I don’t try to write songs to grow up, it just happened,” he says. “And I feel like it’s happened across the album.”

He continues, “I was dealing with things differently before, and ‘Sick’ just needed a resolving and explosion. And it kind of resolved in me growing up and having this moment of gratefulness. It gave me the opportunity to say, ‘I’m sorry if I’ve been pissed off around everyone and not been the politest or easiest person to live with.’ I guess it’s mostly for my family. But I spent a lot of time not growing up and going through some shit. I think, when making this album, I found a lot of clarity. I had a lot of time to think and assess who I am and who I’ve been.”

Homesick is angry, frustrated, joyous, and grateful all at once. And that’s exactly what Sea Girls intended. “This album is not all about depression and the sad stuff,” Camamile says. “There’s a lot of hope in it because that’s how I feel. A lot of people go through things, and I’ve gone through things, some self-inflicted and some not. But, I’ve seen a way out, and I want other people to find a way out. I think this album encapsulates being in the moment. It’s relevant for now because we wrote it fast, and we recorded it fast. We wanted to speak to people now.”

But the record isn’t all that fans can get excited for this year. Sea Girls are only just getting warmed up. “We’ve got a massive tour with our biggest headline show ever at Ally Pally this year,” he says. “We’ve also got some really cool festival appearances where we can play these new songs. I’m super excited because we’ve got some great new songs that we think will be favorites, like a track called ‘Paracetamol Blues.’ That’s going to be a favorite.”