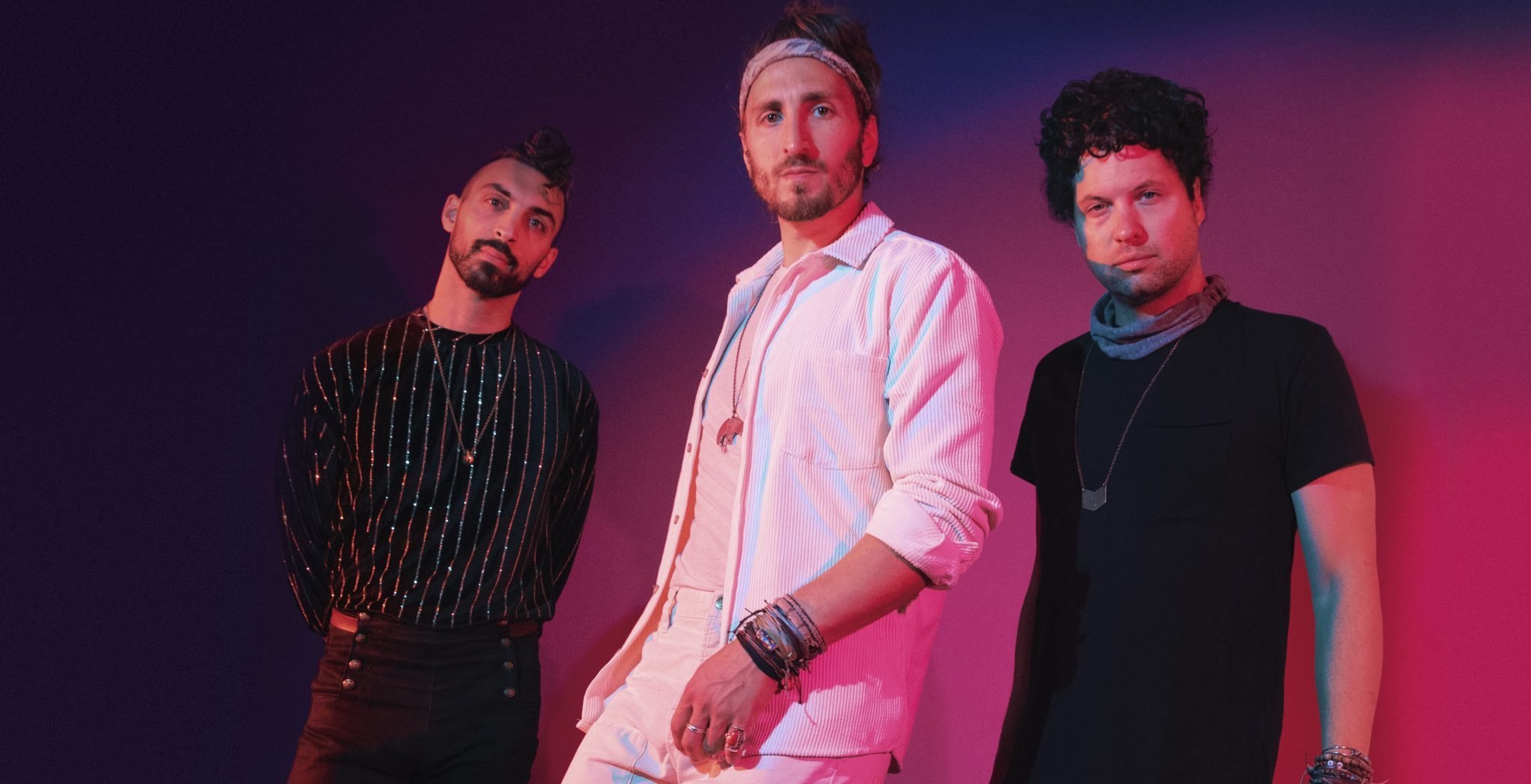 Magic Giant, which consists of Austin Bisnow (lead vocals), Zambricki Li (viola), and Zang (guitar), are known for their incredible, feel-good music that will 100% put you in a better mood when you need it most. The trio returned after a brief hiatus with a string of single releases before dropping their new record The Valley today. For those familiar, expect some old-school Magic Giant mixed with more emotionally heavy tracks. EUPHORIA. had the opportunity to catch up with the group to chat about the record and their upcoming tour! Read out whole chat below, and stream the brand new album at the end.

Congrats on the release of the album! For those who don’t know Magic Giant or what to expect on The Valley, how would you describe your music and artistry?

Thank you! Ooh, glad you asked! Starts out with a bit of old-school MG with “Cannon” and “My My,” even “Hurricane” has a sort of “Set on Fire” build to it. Then we start to get into more heavy and emotional songs. Less banjo this album (although we sneakily use it as the main guitar-esque line on “My My,” still strings and horns. This time with a bit more electric guitar.

What was the creation process like for the album?

It was a long time in the making. I think we were all feeling the heaviness of the pandemic at times, and you can feel that, but also the optimism of knowing in our heart we’ll come out of it stronger, even if it’s going to be hard for a lot of people. The world went through a lot of loss. We have some songs that reflect that. You can interpret them how you want.

Logistically, it was a lot of remote working — sending files back and forth, but the technology to make music together remotely really worked well. Most of the songs were written going into the pandemic. “Can We Pretend” we did very recently, which was a nice breath of fresh air.

Can you pinpoint a favorite/memorable sonic moment off the album?

“Hurricane’s” dreamscape is really nice. It feels like it propels you forward with your eyes closed. It feels nice and warm and engulfing, and we chose that song and its prelude as our first foray into Atmos / Spatial / Binaural to make it the immersive experience we imagine in our 3D mind.

“Jesse’s Song” is a heartbreaking track about losing a friend to an overdose. How hard was it to write this one? How’d you come up with the idea for the prelude and reprise, which closes the record? Why did you decide to close the album with “Jesse’s Song” reprise?

It flowed out of us. It was a story that had been a turning point in Zambricki’s life, and he had tucked it away and it was around the campfire at Camp Misfits that we actually heard him share that piece of himself for the first time. We visited Zambricki’s friend’s parents in Nashville on our trip there and visited his grave and when Zambricki saw the stone-etched guitar with the hair scrunchie on it exactly the way his old bandmate used to do it, the emotional floodgates opened up for him and he just started weeping. It was cathartic.

The prelude started as a string orchestration Austin arranged that Zambricki played on violin, viola and cello and Zang played on contrabass, just to give some gravitas to the song. And the reprise just felt right to us — a way to let the album settle in, paying tribute to the ones we’ve lost one more time, this time with a triumphant feel that we’ve wept together and now we can move on together with our heads up high.

What do you want listeners to take away after listening to this album?

You are hitting the road soon for tour! How does it feel to get back out out there? And for those who have never been to a Magic Giant show, what can they expect?

It’s exciting. Zambricki’s on pat leave, so we have a trombone player now, which we never thought could fill in Zambricki’s big shoes, but it’s been really, really fun and energetic. So, come prepared to sing, dance and be fully yourself.

To wrap things up, what are some goals you’d like to accomplish by the end of the year?

We haven’t really told anyone yet, but we’ve secretly been working on a film to accompany our entire album. It’s a 30-minute short film and it comes out April 4. So, we’re excited for that as well as Camp Misfits May 12-15. Beyond that, we just want to make sure we’re staying personally and creatively fulfilled and feeling free to explore.