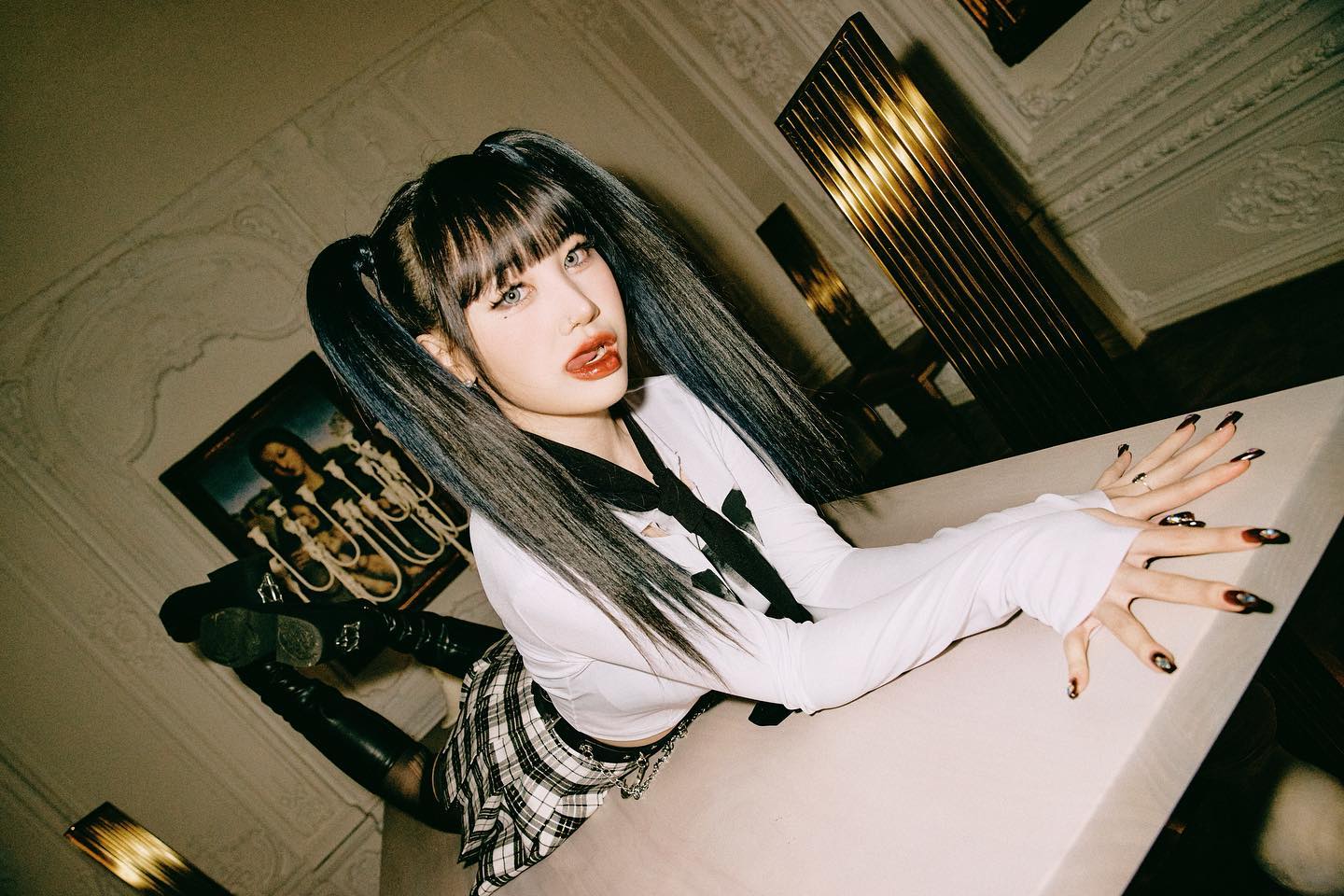 South Korean singer-songwriter JAMIE has been collaborating on hit after hit, with tracks like “Numbers,” “Waves,” and “Apollo 11,” but more recently, the powerhouse vocalist has opted to stand solo for her first-ever English release, “Pity Party.”

After winning the first season of K-pop Star nearly 10 years ago, JAMIE went on to sign with JYP Entertainment for a period of time before seeking growth outside of her established roots and eventually to the elaborate roster of Warner Music Korea. In the midst of the desirable transition, the 24-year-old artist collaborated on some of the aforementioned hits with everyone from Kang Daniel to Jay Park and held her own as well as elevating the production of everything adds her unstoppable vocal range too.

On this new sultry new single “Pity Party,” JAMIE flows through the acceptance of heartbreak and candid emotions that from the first few seconds categorize the song as one of her most triumphant moments in music. She boldly proclaims, “All my exes say I’m really toxic / Kinda true though, I’m a bit chaotic,” before eventually diving into a blissful self-assurance that turns pain into power. As it starts she feeds into her lower range on the chorus by singing, “I’ll throw myself a pity party / double shots lemon Bacardi / I’m feeling sad, I’m spiral falling.” By the time she concludes the chorus, her tone (both vocally and lyrically) completely shifts and offers optimism in the form of this groovy, dance-perfection with, “I’m falling / All the way down / Now the only way is up-up.”

With a commanding vocal power, self-realized creativity, and unshakable confidence, JAMIE chats about her “Pity Party” experiences and her journey of artistic self-expression.

With this being your first full English track, did you have any stylistic preferences or ideas you specifically wanted to bring into this production?

Energy, I wanted to bring what was a fierce and bossy strong lady vibe even though the song is called “Pity Party.” You can see some of it in the lyrics, “All the way down, now the only way is up up,” so I wanted to bring the courageous superwoman vibe to this song too.

“Pity Party” is one of those tracks that’s easy to get addicted to (especially the chorus), so when you think about songs that have that same effect on you, is there any specific structural piece of a song that you gravitate to?

One of the songs that I still enjoy listening to is Rihanna’s “Umbrella,” it goes “Umbrella, ella, ella, eh, eh, eh, eh / Under my umbrella.” This part of the song stays with you even after many years. I wanted to bring similar energy to the chorus of this song where my fans can still sing along to it for a long time.

I really loved the aesthetic of the music video for “Pity Party” from the sets to the choreography — all of it seemed to come together really well. Now that you’ve been able to repeatedly take the video in and appreciate all of its elements, is there one thing that you feel especially satisfied with?

From the beginning of the project, I felt confident with how all of the visuals and aesthetics of this song were coming together. It felt like every element came together to fit its pieces for this music video. One thing I can confidently say is that I was most satisfied with this one for sure.

The song also has a sort of funky/retro vibe about it too, which is always a fun style to revisit, but it also complements your insanely dynamic range! What would you say is your favorite attribute or component of getting to delve into this particular style?

This song definitely has a funky/retro vibe to it but it has an element of a good pop song. I think there are so many good attributes of this song that make it fun. In the music video, I tried to show the real side of me as well. A little bit of bossiness and confidence that I have was presented in the theme of the visuals as well.

“Pity Party” is essentially a heartbreak bop at the core, but also an excellent bounce-back inspiration! When you’ve been in need of a pick-me-up in the past, what songs would you typically throw on your own “Pity Party” playlist?

I would pick Jhené Aiko’s “Triggered.” I don’t know what it is but I just really like the lyrics. It has many censored parts so I can’t sing it, but that would be me in the real world of pity partying myself.

You have several collaborations like “Waves,” “WITCH,” and “Numbers,” and you also have some really incredible remixes that have taken off, like “Best Friend.” What’s something you look for in a collaborator when you hop on a track?

I tend to focus on the song more than which artists I collaborate with. I do love to be in rock or hip-hop music collaborating projects. I’ve always been close to R&B/hip-hop music, but I didn’t have a really big chance to be on a hip-hop track, so I think that would be a cool thing to do.

Being someone who doesn’t shy away from chasing your dreams isn’t always the easiest path to follow and obviously requires a lot of dedication. What has been one of the most invaluable lessons you’ve learned in your career so far?

I learn new things from all walks of my career. I have to be alert at all times and not forget about who I am as an artist. Even when I started my career at JYP, I realized that I need to make my own music. I needed to speak out and sing about my life and what matters to me the most.

In closing, I think there are a lot of people who understandably look up to you because you represent someone who is talented, confident, and extremely insightful. If you had to offer any words of wisdom for creatives who are struggling to find acceptance in their own space, what would you tell them?

YOU ARE ROCKING IT. Even if you feel like it’s not going your way, there’s always a new start around the corner. I always have this mindset when I feel down or having a hard time, I would say to myself, “JAMIE, this is just a start, you haven’t started yet, so let’s keep on moving.” So this would be my small encouragement for everyone who’s having a hard time.