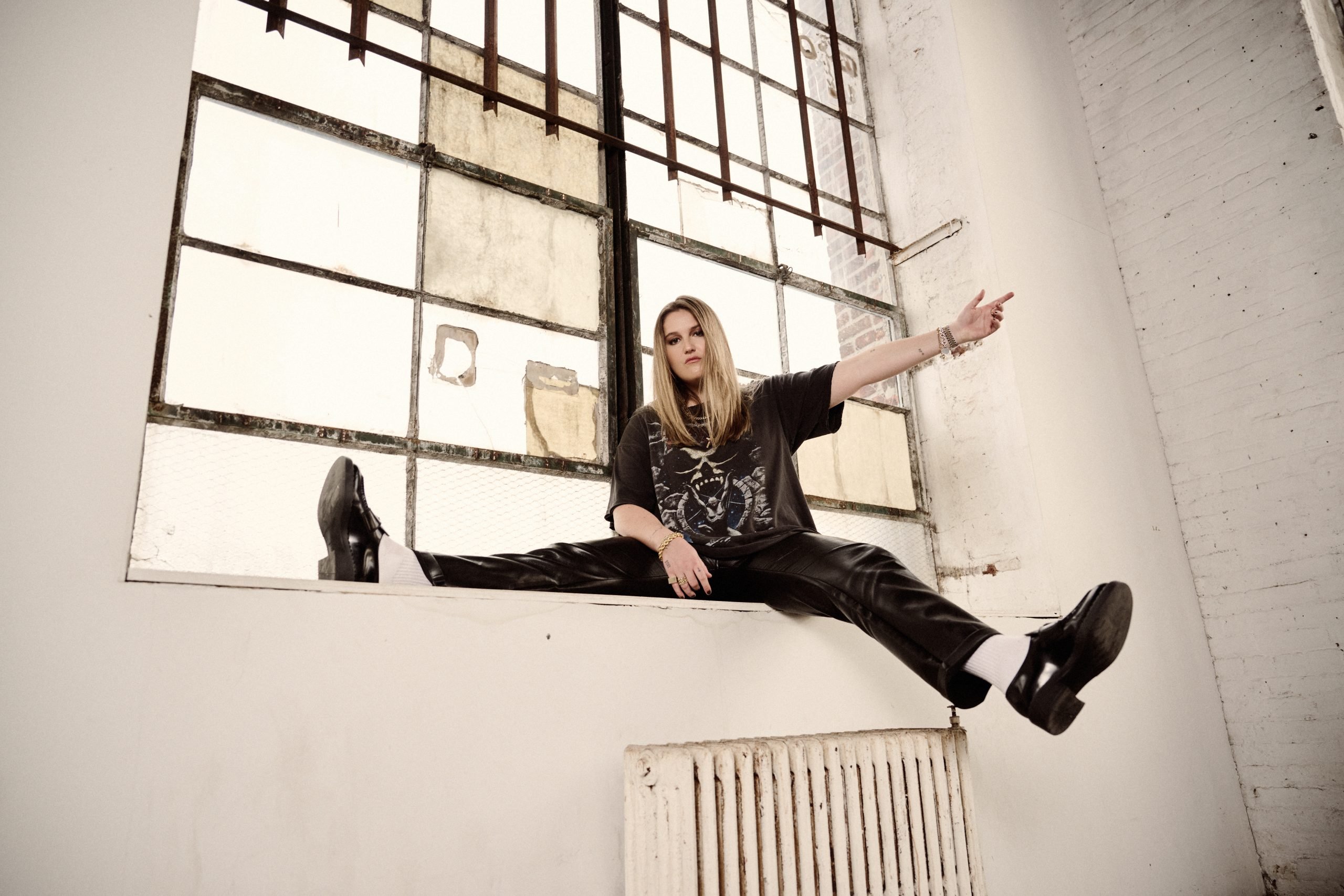 Chelsea Cutler Is Up For a Challenge

Following the release of her deluxe album and her WICME tour kickoff, Cutler is prepared to push herself for what comes next.

For Chelsea Cutler’s listeners and longtime fans, the When I Close My Eyes era is at its peak — Cutler just embarked on the first shows of her headlining tour, her Coachella debut is on the horizon, and the deluxe version of her second album brought with it three new tracks that brilliantly spotlight her chops as a songwriter. It’s a holy trifecta for many musicians, and while Cutler certainly isn’t taking the opportunities for granted, she is already thinking about how she will challenge herself next.

While Cutler certainly believes WICME is an accurate reflection of who she is as a musician now, there’s an underlying sense of excitement about the unknown. What that means for Cutler sonically is unclear, but that could be precisely what makes it worth longing for as this moment defined by WICME and tied neatly at its conclusion with a two-month tour heads to a final stop.

“I feel like this is probably where I can comfortably close the book for now,” Cutler tells EUPHORIA. “I’m really interested in pushing myself a little bit for album three. Sonically, I grew up listening to really organic music, like Coldplay, for example. So, sonically, WICME feels super organic to me and at the same time, it also feels almost safer, maybe, than other stuff I’ve done — which isn’t for better or for worse. I’m down to experiment a little bit.”

Cutler arguably offers a glimpse into a broader sonic and lyrical vision with tracks on the album like “Someone Else’s Heaven,” which adopts a synthier sound paired with a funky chorus, or “Marlboro Lights,” a candid quarantine diary entry released as part of the album’s deluxe offering. The diversity in sound is clearly part of the long-term vision, and ultimately seems possible because of one of the more prominent areas of evolution from the lovelorn How to Be Human: intentional and consistent teamwork. 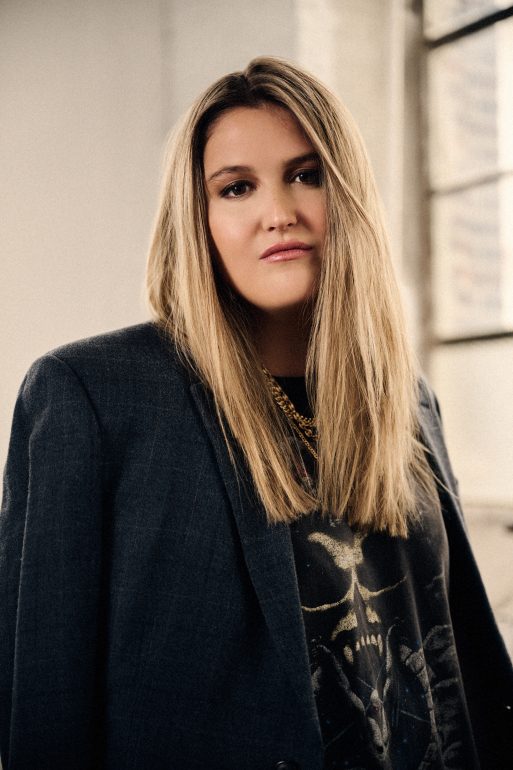 “For How to Be Human, I was just objectively going through a terrible heartbreak. I wrote most of the album in the span of a month — because we were only broken up for a month. It’s so petty of me; I did most of the album alone,” Cutler explains. “For WICME, I just craved collaboration because we were isolated for so long quarantining. I was so fortunate that I was able to safely work with people again at a certain point in the last few years. It was just insatiable. I just had an insatiable need to collaborate and be around people, so there are only a few songs I did alone.”

That desire for creative togetherness manifested itself most prominently in trips to Newport with the “crew,” consisting in part of longtime collaborators Quinn XCII, ayokay, and Hazey Eyes. The opportunity to participate in a writing camp grounded in camaraderie means a comfortable space with experimentation, regardless of the immediately visible signs of impact. For “Red Flags,” it meant trying on a new tempo that had Cutler tread the line of her “comfort zone a little bit.”

It also provides space for introspection, which, in the case of “What Everybody Wants,” manifested as an exploration of Cutler’s experience with heartbreak long after the actual lived pain.

“We wrote that a really long time ago in Newport; we wrote that on either my first or second Newport trip, so at least almost a year and a half go at this point,” Cutler says. “I was obviously not going through a breakup, but once you get your heart broken once in life, you can write songs about that one heartbreak literally for the rest of your life. I would say I’m like an expert in deriving songs from those old emotions that I still probably need to have. You harbor resentment, you write songs about it forever.”

That environment is responsible for the creation of several quintessential tracks on the album, including some of the standouts presented in the deluxe version. Initially intended to be an “upbeat” track for the project, “The Lifeboat’s Empty” began with, really, no concept at all. Much like ”Red Flags,” a song lyrically about emotional drainage, “Lifeboat” (as Cutler refers to it) began tempo first as Titanic-inspired to match its intended rock-and-roll sonic impression. “We just picked a tempo, and I laid down some guitar chords. It really wasn’t until we were in the midst of writing it that I was like, ‘Whoa, this is a crazy metaphor. I’m gonna run with this.’”

For other tracks, Cutler needed less fictional inspiration. She drew parallels to her quarantine experience when writing “Marlboro Lights,” taking a sincere look into the coping mechanisms and salvation many sought over the last two years of solitude: “Now mom’s taking me to a church / She said I could usе some saving / And I got both knees down on the floor / But I don’t believe in praying,” Cutler sings in the track’s second verse. “Maybe if I just close my eyes / I’d wake up somewhere on an island / If there really is someone up there / I promise, God, I’ve been trying.”

Though, at first listen, “Marlboro Lights” could sound like a rebuilding after heartbreak, Cutler wants to be clear that this one isn’t about falling out of love; it’s about the pursuit and pining for “normal life” after far too much time spent isolated from the reality she had found comfort in. But the true story behind some of the track’s lyrics is more humorous than the outlet itself — she’d even go as to say it was “super embarrassing.”

“All that stuff is real. I don’t even smoke cigarettes, really,” Cutler explains. “I don’t even know why I bought a pack of cigarettes; I was just so freaking bored in quarantine. My mom found it in my car, and I had to lie my way out. I told her I bought them to put weed in them — I don’t even know how to do that.”

“Marlboro Lights” is, in some ways, a love letter to our lives pre-pandemic, and the return to live shows and touring feels like the response. The WICME shows make up the first headlining tour for Cutler in two years, which marks a major milestone in the return to normalcy. Perhaps more importantly, it creates a strong foundation for Cutler to have a clean entrance into a new era of music upon its conclusion, with a newfound drive to strike a creative chord.

“I know how inspired I get musically from being able to tour and, this sounds lame, but I’m really excited for the summer,” Cutler says. “I feel like this summer might feel a little bit more lively than the last couple years. I feel like that just might give me a lot of inspiration.”

The changing seasons and impending vibrance of this year, as opposed to the last two, are also reminders of the rise of Cutler’s artistry — it shines in particular as she champions the importance of storytelling over virality in today’s age of music. She proves its importance as she navigates through bitterness of old heartbreak and the desire to recover her life pre-pandemic lyrically, evolving with an ever-changing industry by appealing to those that have held her closely as an artist. Ultimately, it’s about passion and vision, but it thrives in large part because of everyone that sticks around to listen to Cutler’s growth across and throughout her varying projects.

Cutler acknowledges that the pressure is on to appeal to younger listeners on social media to propel music by word-of-mouth, but she finds most comfort in growing with the fans that have listened to her while finding their own footing. “It’s cool that we’re growing and going through our 20s together,” Cutler says.

And while she is selling out crowds nationwide and maintaining more than 10 million monthly listeners on Spotify alone, a fascinating question arises: What defines success as a musician?

“I mean, it’s all subjective, right?” Cutler asks. “There are a ton of people who know who I am and maybe would consider me a bit more established than that phrase [‘up-and-coming’] might suggest, but the vast majority of people definitely don’t know who I am.”

Cutler continues, “I feel like the first couple years out of college, we’d be like, ‘This is just the beginning. This is just the start.’ We don’t really say that anymore. I think what’s cool about this career path is there’s no real end point. I don’t know how far this journey is gonna go, and maybe my career is 20 years long. I don’t know, but I think it’s really relative.”