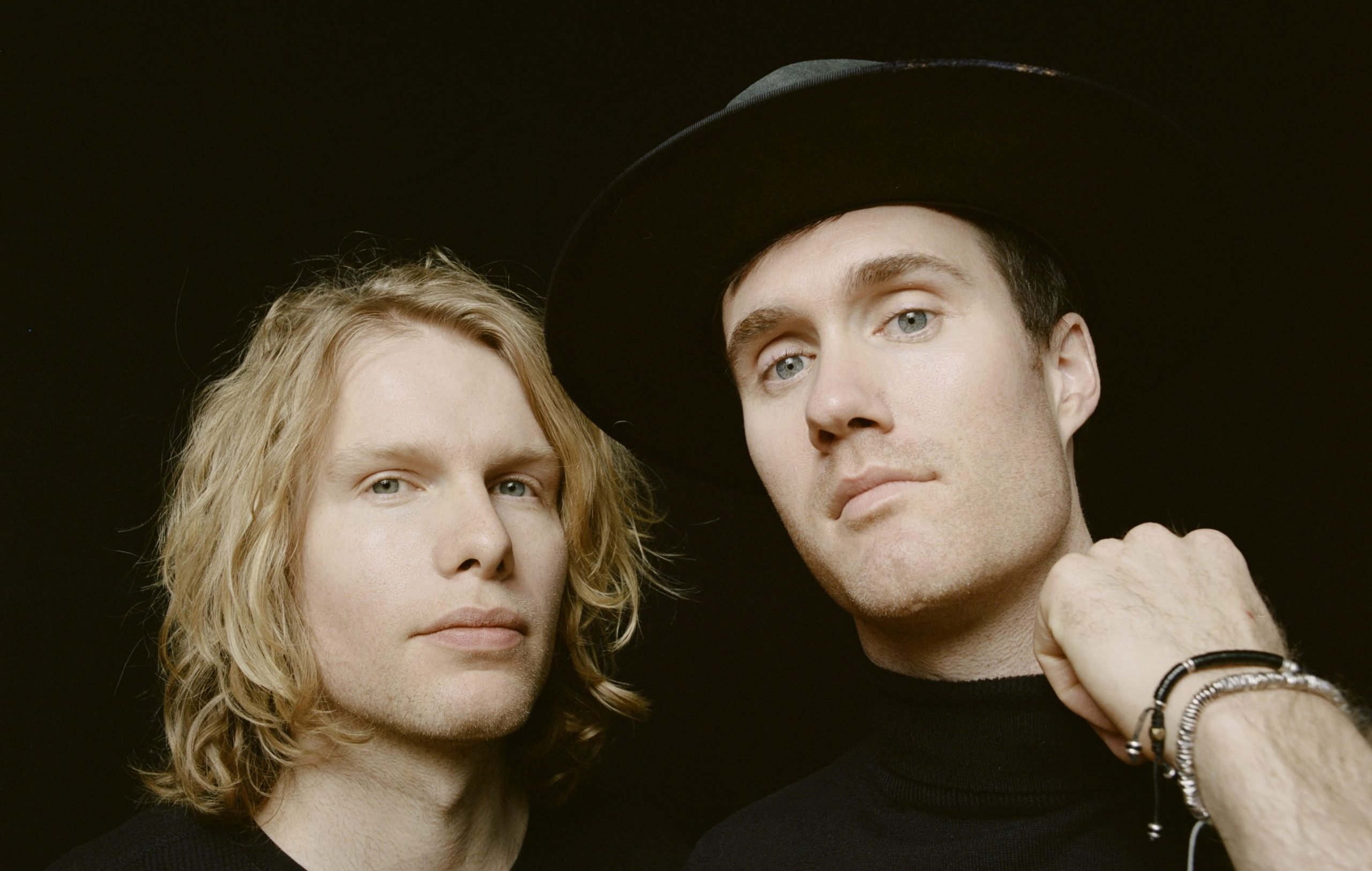 Grammy Award-nominated Vancouver-bred musicians and producers Bob Moses, made up of Tom Howie and Jimmy Vallance, are back with their first full-length studio album since 2018: The Silence in Between.

Released via Astralwerks, the lead single — “Love Brand New” — proved they’ve managed to maintain longevity since their first EP in 2012 when it became the No. 1 Most Added for two weeks in a row upon its debut at Alternative radio. To accompany the album’s global release, the duo has wasted no time by dropping a video for new song “Hanging On.”

With an upcoming tour, a new record out, and a long creative process, Bob Moses spoke to EUPHORIA. about all of the above.

Your album is officially out. How would you say this one differs from the previous?

Howie: What makes this record different from our others is we feel we have really honed in on the Bob Moses recipe and have made the most eclectic yet cohesive album of our career thus far. It’s the kind of album we’ve always wanted to make. Over the years we’ve shown that Bob Moses has many musical faces. We write everything from emotional ballads to dance floor bangers. Bob Moses is a very creatively satisfying project in that regard. With this record, our goal was to write the best songs we possibly could, try to push the boundaries of what our pop/dance/rock production could sound like, whilst simultaneously trying to give a nod to everything that Bob Moses has been about for the last eight years … and of course, have this all happen naturally without thinking too much. After all, dwelling on ideas for too long is the arch-nemesis of creativity.

Were there any particular songs that were challenging to create that almost didn’t make the final cut?

Vallance: We wrote more material for this album than we have for any other. A lot of music did not make the cut. Some songs are a struggle and some songs aren’t — you have no idea what you’re in for until you finish it. We’re both firm believers that the good ones come quick and almost write themselves … and that’s proven to be true for us thus far. Most of the songs that actually made it onto the record were pretty smooth sailing, but we had to go through some rough seas to get to some of those ideas.

This is your first full-length album since 2018. Like a lot of musicians, was this another album completely made during the pandemic? If so, did it help or benefit your inspiration in any way?

Howie: We had ideas for a song or two kicking around pre-pandemic, but yes, 95% of the record was made during the pandemic. That’s the most time we’ve spent in one place since we started touring. We’re used to doing at least 70-120 shows a year, plus writing music on top of that. So, like we mentioned earlier, we had a lot of time to dwell and think, which was a blessing and a curse. No album is without its struggles — it’s a natural part of the process. Even if you have all the time in the world it’s still hard to make an album. We’re really happy with the end result and felt very creatively inspired by what was happening in the world around us. Writing music has always been a very cathartic experience for us.

Who and what was influencing you this time around?

Vallance: We are always listening to tons of music, but during the pandemic we really dove into the classics and some of our favorite records of all time. Tears for Fears were a big influence, their album Songs From the Big Chair is one of the best blends of pop/rock/dance ever released. U2’s Achtung Baby is another cutting edge, genre-melding record. Depeche Mode, Massive Attack, Nine Inch Nails, INXS, New Order to name a few. It was a great experience being able to park ourselves in front of studio monitors for so long and just blast tunes. A few more recent pandemic discoveries were Logic1000, Biig Piig, CRi and Sad Night Dynamite.

Howie: We hope listeners are attracted by the immediacy of the songs, but upon further listening really connect with the deeper lyrical themes of the album. Music is our way of connecting with and making sense of this world we live in. It’s been our life raft during the pandemic and we hope people can find pieces of themselves scattered throughout and reflected in our music. Music is a release for us, sharing and experiencing that release with other people is one of the greatest feelings on earth.

What songs are your personal favorites and why?

Vallance: It changes all the time, but at the moment it’s “Love Brand New” and “Back to You” for me. We wrote “Love Brand New” with our friends Michel Zitron and John Martin. It was such a fun writing session and the song came together really quickly, hearing it reminds me of how awesome working with them was. I’ve joked in the past that if you take Noel Gallagher and Trent Reznor then a Bob Moses song is somewhere in the middle and nothing sums up that quote more for me than “Back to You.” It’s such a triumphant song, borrowing production elements from both rock and electronic. We’ve been playing it in rehearsals and it’s going to be awesome live.

What can fans expect from your upcoming tour? For those who haven’t seen you before, what does a Bob Moses concert usually entail?

Howie: We’ve released a lot of music over the past couple years that we haven’t gotten to tour, so people can expect to hear some of those songs, some new ones, as well as the tried-and-true favorites. We’ve been working hard on putting together a set list for this tour and we’re really happy with where we’re at. One of the unique things about us is we mix songs live like a DJ would, but we do it with a full band. It creates this awesome dynamic energy flowing from one song to the next.

What is a goal you guys would like to achieve together by the end of the year?

Vallance: Our main goal has always been the same: try and write the best songs we can so we can connect with as many as we can people on a deeper level through our music. We hope people love this album wherever they are listening to it.