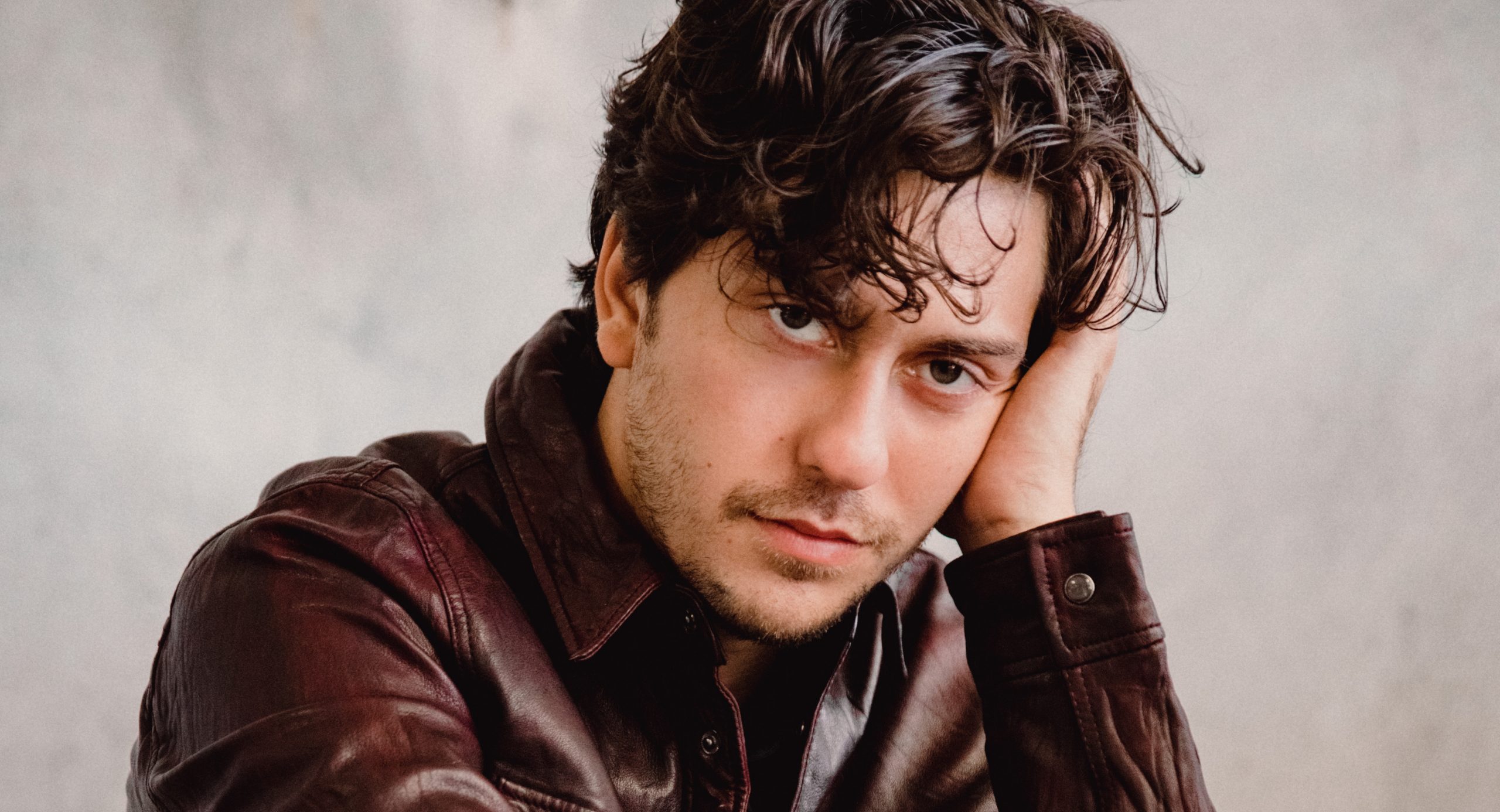 With so many ways and platforms in which to get our entertainment today, it gets harder by the day to find a cultural phenomenon that speaks to and arrests wide-ranging audiences. Sci-fi and otherworldly stories and universes like Game of Thrones and Marvel feel like the only products that have had this impact in recent memory.

Who would have ever thought that the story of a mullet-wearing, polygamous American hillbilly with a passion for exotic animals and a thirst for attention would dominate Twitter feeds and conversations, become extremely fertile ground for the creation of memes, and even lead up to a request for former US President Donald Trump to grant a presidential pardon to the protagonist of this story? No one. And then the COVID-19 pandemic hit.

Suddenly, almost everyone was trapped inside, and the world that was beyond the safe and comforting realm of our own homes felt dangerous and threatening. Call it serendipity, but nine days after the World Health Organization declared COVID-19 a pandemic, Tiger King dropped on Netflix and dominated the home screen we were looking at now more than ever.

A global binge-watching session occurred almost simultaneously, and suddenly everyone and their aunt had an opinion on whether Carole Baskin had indeed killed her husband and if Joe Exotic was a nice, troubled person or simply a basket case. If you’ve yet to give yourself the pleasure of watching the docuseries, here’s a quick summary: Joseph Allen Maldonado-Passage (aka Joe Exotic) loves, well, exotic animals and owns a zoo that he opens to the public and through which he offers unique experiences like petting a tiger cub. Baskin is a flower-clown-wearing animal rights activist who has a unique penchant for wearing animal print and an adoration for large cats (read: tigers, lions, and any dangerous feline). Baskin finds out about Exotic’s zoo, claims he’s mistreating the animals, and a legal battle ensues where Baskin fights for Exotic’s zoo to be closed down. Amidst this chaos, it’s discovered that Baskin’s ex-husband, Don Lewis, disappeared without a trace, and a suspicion arises that Baskin herself fed him to the cats. Exotic also engages in a deadly sport, ordering a hitman to try and kill Baskin. Add Southern accents, a failed attempt at a political career, a few feral country singles, and more (yes, there’s more), and you have a taste of why Tiger King hypnotized everybody.

A story that felt too good to be true was a certain sell for studios and streamers, and NBC’s Peacock moved ahead and bought the rights of Joe vs. Carole, the Wondery podcast about the same story called Joe Exotic: Tiger King. For the main roles of Exotic and Baskin, none other than Hedwig and the Angry Inch’s John Cameron Mitchell and SNL’s Kate McKinnon were cast.

Mitchell and McKinnon are pitch perfect in their performances. As over the top as the original people in their mannerisms and reactions, the writing of the show and Mitchell and McKinnon’s performances manage to go beyond the absurd and show us the more human side of each of the character’s stories. A crucial part of the show’s humanity comes at the hand of Travis Maldonado, Exotic’s young husband, played by Nat Wolff.

Three episodes into this larger-than-life saga of large cats, murder accusations, hillbillies and animal print, Travos arrives. Strung out in a gas station, disheartened because of a job opportunity he’d given up everything for, and, as it turns out, wasn’t a real thing. Wolff, as Travis, is hopeful and striking, his posture confused and a little hopeless, until Joe Exotic walks in and rescues him as you do a stray dog. Wolff’s eyes (as Maldonado) grow and shine at the opportunity to be anywhere but that gas station floor, and, unknowingly, Travis Maldonado’s life is forever changed.

“I think Travis in a different group might have been the most eccentric,” Wolff says. “But in this group, he’s almost the anchor. Travis was an observer, and a very reactive observer.” Wolff brings a gravity and heart to the character that, as the viewer, you can’t help but cling onto every time he’s on screen. “I definitely had to find that part of myself that we all have that’s very easily manipulated, influenced, eager to please, and puppyish,” Wolff explains, citing John Travolta in Saturday Night Fever and Mark Wahlberg in Boogie Nights as two performances that inspired his own of Travis. Among the extravaganza of Exotic and Baskin’s dispute, appears a quiet, young man who we can’t help but project ourselves onto.

Maldonado was one of the only people from the infamous Tiger King documentary series that the public truly sympathized with. Lost and struggling with a methamphetamine addiction when he met Exotic, Maldonado became one of his two husbands less than one month into meeting him. Four years after Exotic found him alone at a gas station, Maldonado took his own life. A tragic end for one of the only heartwarming and blameless characters in the story.

Wolff, in awe of Maldonado while binge-watching Tiger King during quarantine, reached out to his agents in the middle of the night and said that he’d like to play Maldonado if any fictionalized version of Tiger King was ever made. Peacock announced Joe vs. Carole and Wolff auditioned quite late in the game but impressed the crew. He won the role of Travis. Wolff was given access to tapes that didn’t make it into the documentary’s final cut in order to study for the role, and one in particular stood out to him.

Maldonado starts smashing into things, enraged that Exotic won’t let him visit his family in Southern California. Then, Exotic walks in and the energy shifts. “At this point, he’s really sort of masculine and the rage is is really apparent and volatile. And then Joe comes into the room, and he really turns in on himself and becomes a little boy,” Wolff recounts, analyzing the scene. “Joe just completely manipulates him, and in this four-minute video, I got the entire dynamic of Joe and Travis — there was a lot of love there, but there was also a lot of fear.”

As a character in the peripheries of the legal dispute between Exotic and Baskin and one whose life was cut short, Wolff has less screen time and scenes to get his version of Travis fully across. Pivotal to Wolff’s performance is Travis’s relationship to Mitchell’s Exotic, which Wolff says was consolidated during an offscreen moment. “John Cameron Mitchell had a concert about two days before shooting started, and I’m a musician — I play in a band with my brother — and John and I played each other some music,” Wolff shares. “He said, ‘Well, I wrote this song as Joe and I have this verse for Travis. Would you want to come sing with me at my concert?’” Wolff accepted. They learned, rehearsed, and performed the song, which Wolff says was the “perfect preparation” for him to look at and in a way live out Exotic and Maldonado’s relationship and become “creatively linked” to Mitchell.

A pivotal scene for their relationship and for Travis comes in episode six, when Joe stops Travis from leaving the zoo and they get into an argument. This fight, the height of tensions between Joe and Travis, has Wolff playing the role with a vulnerability that had yet to shine through — and the “heartbreaking” nature of Travis’s troubles is revealed: He’s yet to feel like he’s found purpose. Wolff, to a certain extent, relates to Travis’s pursuit. “I actually remember being in my early 20s and going through a really tough couple years from 20 to 22, which is right around the time where [Travis] was going through his really tough time, and feeling like I didn’t really know who I was, and feeling lost,” Wolff says. “I’m so lucky that, now I’m 27, I feel so much more together, and I think playing Travis has a lot to do with that.”

A voice-over minutes before Travis’s suicide compares Travis being stuck at Joe Exotic’s zoo to the Lost Boys being trapped in Neverland in Peter Pan. There was a childhood innocence to the way Travis lived his life, led by what Wolff describes as “a raw energy.” “Those things — the guns, the drugs — even though they’re really gnarly, they’re child-like in a certain way because it’s just the search for pleasure,” Wolff says, as he explains how someone as naïve as Maldonado could find himself caught up in the circus and dangers of Exotic’s life. As it turns out, Maldonado was just seen by Exotic as one of his many pets. “Travis schematically represents the caged tiger, and, once Travis dies, that’s basically when Joe really starts becoming heartless towards the animals,” says Wolff in an explanation of the character dynamics, adding, “He should be in the wild, the should be living his own life.”

While Wolff’s performance was praised and appreciated by those who knew the real Maldonado, with Wolff sharing that they reached out to him and said they felt like they were with Maldonado when they watched him on screen, the real transformation and gift came from within. Wolff calls Maldonado “a real light in the world” and “the most impactful part [he’s] ever played.” “Playing Travis gave me a newfound appreciation for acting, a newfound appreciation for these artistic ventures like acting, music, and writing, ways in which I feel like I have a purpose and makes me feel so much less alone. I feel part of something that’s bigger than me.”