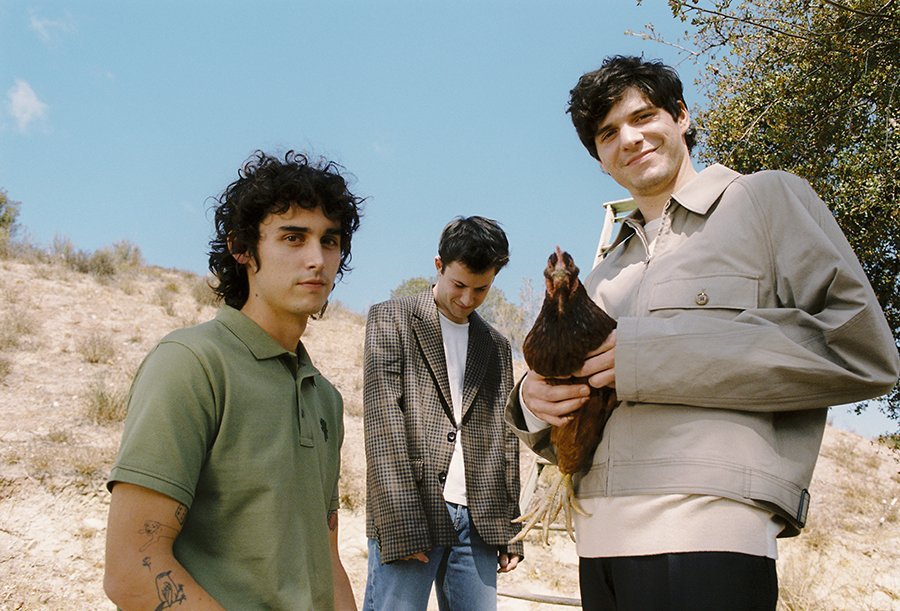 It’s been an interesting few months for indie rock band Wallows. Following the release of their Remote EP, the band teased their second album in late 2021 after the release of the lead single “I Don’t Want to Talk.” The second single, “Especially You,” was released alongside a release date for their sophomore album, Tell Me That It’s Over, and an accompanying music video. Wallows have also expanded their 2022 tour supporting the album to include Australia, New Zealand, UK, and Europe. It’s a series of big moves for the band, who have not only seen major success since their debut album Nothing Happens and subsequent projects, but also success in their hard work at a second record.

Starting off with a drum beat, the chorus kicks in within a few seconds. It’s immediately infectious with its instrumental full of essential Wallows vibes — bass, electric guitar, synths, and a harmonica (yes, it wasn’t a one-time thing in “I Don’t Want to Talk”) combining to make an indie sound that feels like you’ve stumbled into a movie. It rides its upbeat grove nicely while also reflecting the haziness and headspin that is the foundation of its lyrical content. The second verse breaks down these elements back to the beginning but revives them just as quickly, making for a nice diversity in song structure. Produced by indie production icon Ariel Rechtshaid and frequent collaborator and co-writer John DeBold, it’s no surprise that “Especially You” is well crafted. Expanding upon the sounds of their last EP Remote while containing the aspects of what makes the band so acclaimed is a tall order; however, fans new and old will not be let down by the direction the band is taking to enhance it and reflect their growth as a group and as people.

Continuing the theme of relationships first expressed in “I Don’t Want to Talk,” “Especially You” is all about second-guessing yourself while finding it impossible not to read between the lines. It’s consuming, even causing a lack of sleep (“Thinking ’bout what you just said / Sleepless, now my eyes are red / My head can’t comprehend / Living in the background, wondering what you meant”), but the person who is the most confusing is also the person with whom solace is found. If there was a song to relate a good chunk of 21st century relationships to, Wallows sure nailed it.

Everything thus far in the Tell Me That It’s Over era has created an optimistic outlook on what the album will have to offer. Two glowing single releases, their fun and colorful music videos, and a strong trajectory a year-and-a-half after Remote has served them well. Tell Me That It’s Over’s March 25 release means that fans won’t be waiting much longer for the completed project, and it will be one to watch out for.