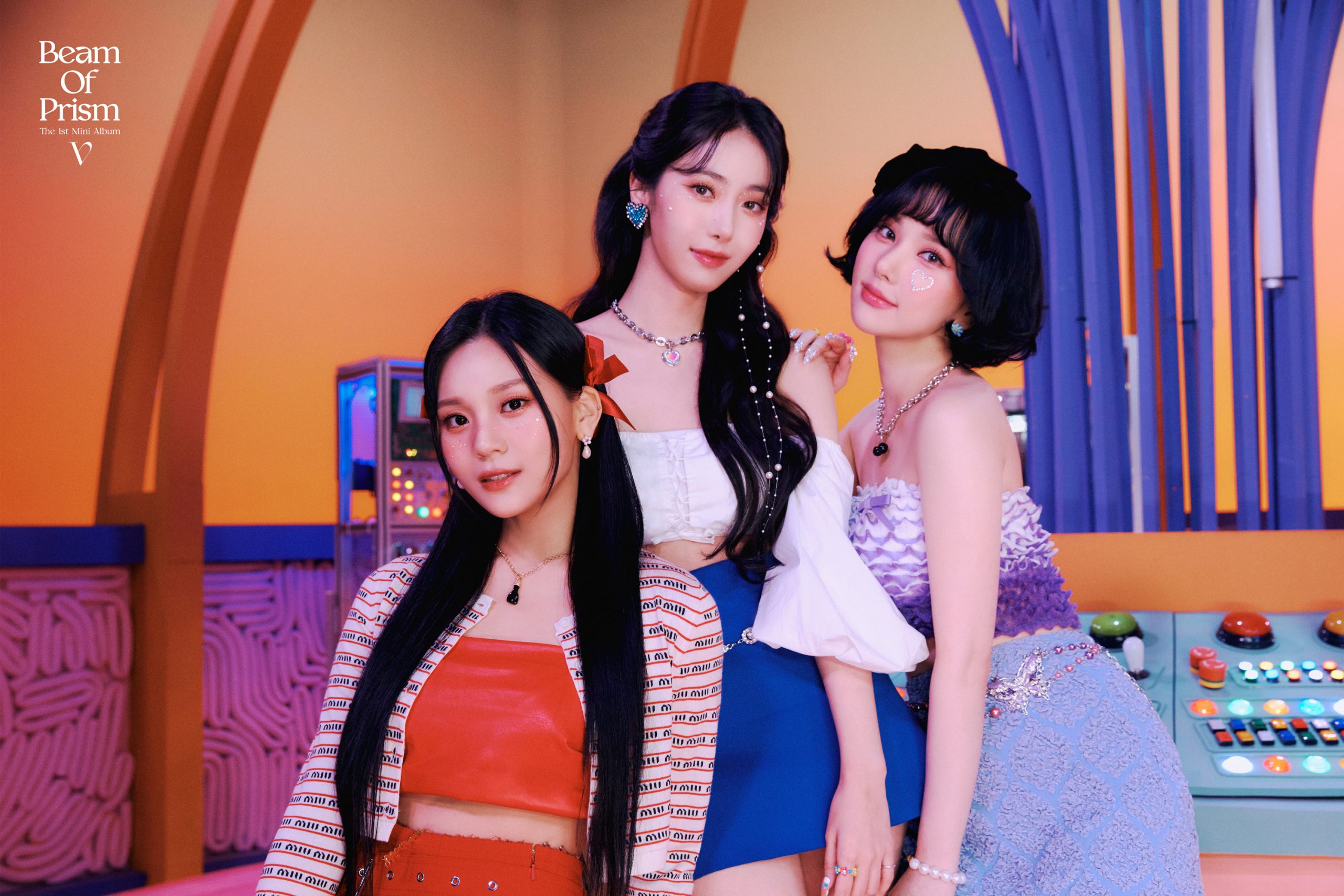 “BOP BOP!” is the electrifying, debut single from VIVIZ (short for vivid days) — BPM Entertainment’s new and highly anticipated group comprised of former GFriend members Eunha, SinB, and Umji. The girls are certainly no rookies to the K-pop industry, and their strength together as a trio can be felt across their new track, and first mini-album Beam of Prism.

Pop and disco driven, and filled with a funky and addictive chorus, “BOP BOP!” sets the tone and direction of the group’s mini-album both lyrically and production-wise. In an online press event held before the single’s release, SinB shared: “Our strength is our experience. We have both the freshness and the expertise. We’ll be showing different sides of ourselves as VIVIZ that we have never before shown.” And that they did. Across the single and mini-album, the members invite listeners into a genre-bending world where love is its driving force and excitement takes the wheel. From the second “BOP BOP!” starts, right to its end, VIVIZ give their all as they sing about a crush that’s so exciting, it makes them bop.

“Don’t you feel this? Leave your body to the rhythm / Dance where your eyes have stopped,” vocalist Eunha sings across a building uptempo beat. It’s a line that’s bold and gripping upon first listen — propelling listeners well into the rest of the verses that follow. As the chorus approaches, hints of disco are sprinkled into the mix, the song’s beat getting stronger as members SinB and Umji declare: “Follow this feeling, Bop, bop / Just feel the music, Bop, bop (that’s right) / My heart beats so fast” over a thumping rhythm reminiscent of a racing heartbeat.

When it comes to “BOP BOP!”’s music video, enticing visuals and a playful choreography couple together to capture the song’s bubbly energy. Set across a number of colorful and futuristic sets, each member gets their own chance in the spotlight styled in their representative colors: purple for Eunha, blue for SinB and red for Umji. The trio fit so well together and their seasoned aura radiates a confidence that is so fun to watch on screen.

“BOP BOP!” has received praise from fans around the world already, even charting at the top of South Korea’s Melon chart shortly after it dropped. What lays ahead for future releases from VIVIZ? The possibilities are endless, but we’re all ears for whatever’s to come next.

VIVIZ’s single “BOP BOP!” and mini-album Beam of Prism are out now.