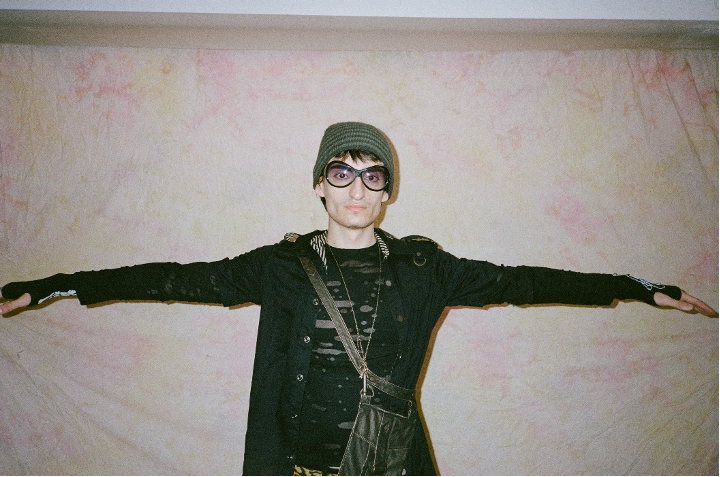 Tobias Dray perfects the art of DIY with his newest single “Espada Primo.”

He’s not the first to make anime-inspired music, nor is he the first experimental artist who wilds out with impressive production, but Dray is exceptionally authentic and creative. “Espada Primo” alone combines funk, electronic, and rock, making it a frenzy of kicks and adrenaline. Following the last single, “Call Me Your Hope,” “Espada Primo” once again uses anime references as tools for introspection. By recreating the sensations of craze, Dray paints a sonic cosmos inspired by the anime, BLEACH.

In an email exchange, Dray explained the track name: “‘Espada Primo’ comes from a role in anime, especially from the BLEACH series. I see myself playing this role in the song by performing a heist.” Indeed, this would be a perfect soundtrack to a car chase — not just an ordinary one, but perhaps one in a cyberpunk, Gotham-esque cinematic universe. The emphasis on thrashed guitar and driven bass certainly makes Dray’s “Espada Primo” different from the typical indie-electronic tracks. His notable intention to keep the production raw and vibrant also gives the track a refreshing nostalgic touch, with a sense of coolness that’s almost too much for today’s standards.

It feels like a rollercoaster ride — but one where the rider is in control. Sure, Dray keeps repeating the line, “Never ever ever know,” throughout the track as he calls himself a runner, killer, lover all at once. But the “Espada Primo” character, better known as Coyote Starrk from BLEACH, whom Dray embodies in this track, sure as hell knows he is powerful and undefeated.

Dray, an experienced producer, certainly showcases his ability to use lyrics sparingly in order to shine an exhilarating spotlight on rhythms and the electric guitar riffs instead. In fact, if “Espada Primo” were to be used in an anime soundtrack, the opening riff alone is enough to set off a great fighting scene.

Rigidness isn’t allowed in Dray’s music. Every musical element seems to fight with each other in order to catch listener’s attention, yet everything feels cohesive among the electrifying thrill. With no surprise, Gen-Z and ’90s kids on TikTok and platforms alike love the musician. Not only does he make music fun and playful, his clever geekiness adds coolness to being a nerd. If there can only be one great thing that TikTok has contributed to the music industry, that would be the comeback of DIY, and Dray is among the best of the best.