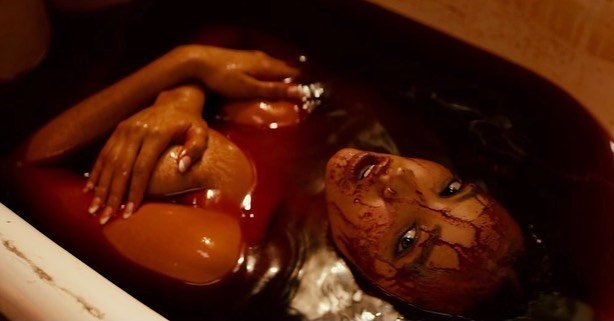 Last year was jam-packed with next-level releases from Tinashe. She dropped her first full-length album since 2019, 333, went on a fall tour across North America, and served audiences with a string of innovative visuals to match her always creative artistic vision. Her new single “Naturally” dropped on Valentine’s Day and serves as the singer’s second single of the new year. And in typical Tinashe fashion, it’s of course, a banger.

One of four new songs from the deluxe edition of 333 due next month, “Naturally” finds Tinashe laying it all out on the line for an ex-lover she desperately wants back. “Can I have you back, maybe just for the night?” she asks straight away atop an already irresistible melody. As the chorus hits, it’s almost like being put under an enchantment — Tinashe singing cooly, “Your body knows me, baby / Knows me, baby / Just let me show you, baby / You know it comes naturally.”

The visuals for “Naturally” help bring Tinashe’s lyrics to life even more, creating a music video that’s one of a kind. A blend of Western and horror-inspired scenes (including an homage to an iconic scene from The Texas Chainsaw Massacre), the video first shows Tinashe dressed as a modern shepherdess leading sheep to what appears to be a body bag. Eerie yet intriguing, all eyes are on Tinashe as the scenes cut to her with a butcher’s knife, blood splattered everywhere. She’s powerful, and viewers know that when watching the song unfold on screen. Visuals aside, the choreography included is just so good. I love a good cowgirl choreo moment, and that she delivered indeed.

“I really feel at peace with where I’m at in my career and excited about the fact that I’m able to make my own creative decisions. It’s empowering…” Tinashe told GRAMMY.com last year in an interview as she discussed 333 and what it’s like releasing music as an independent artist. This excitement to create on her own terms definitely shows in her new material. What can only be described as the result of a lot of preparation, creativity, and concepting, “Naturally” is overall a great song that’s both easy to listen to and worthy of being played over and over.

With the deluxe version of 333 coming out next month, we’re sure there’ll be even more iconic sounds and visuals from Tinashe for fans to enjoy. Before then, you can stream “Naturally,” out now.