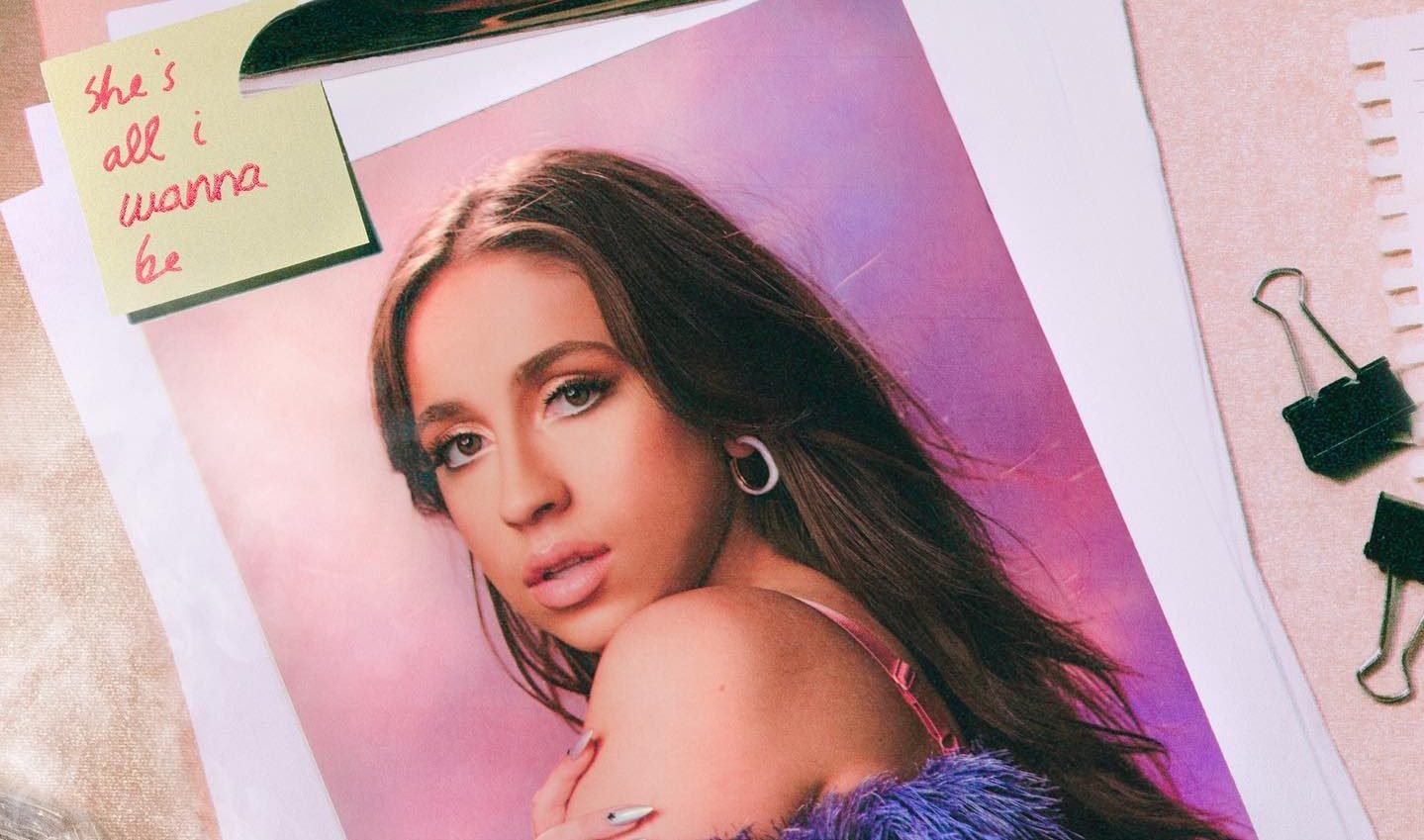 Tate McRae — she’s all i wanna be

Calgary-native singer/songwriter/dancer Tate McRae has been taking the world by storm since 2020 when she released her No. 1 multiplatinum-selling single “you broke me first.” From the beginning of her career as a recording artist in 2017, the young artist has managed to get the attention of listeners with relatable yet incredibly personal stories through beautifully pure pop pieces. She’s now at a pivotal moment where both industry and fanbase recognize how big of a force she is and after having been listed in Forbes 30 Under 30, Billboard’s 21 Under 21, and multiple ones to watch and up nexts. McRae opens the year with new alt-pop banger “she’s all i wanna be.”

Taken from her extraordinarily anticipated debut album due for release this spring, the new track not only has McRae’s effortlessly powerful and delicately raspy vocals, but it also showcases a new facet of her musical abilities fans have not seen before. Opening with provocative electric guitars, “she’s all i want be” develops into a head-bopping tune, which features punk-ish drums and psychedelic synths. In McRae’s classic fashion, she captures our attention from the very first line by saying, “You want the girl with the small waist and the perfect smile” generating a palpable tension that then explodes in the climax of the chorus as she sings, “stupid boy making me so sad / didn’t think you could change this fast / she’s got everything that I don’t have / how could I ever compete with that.”

Even at these early stages of her musical journey, McRae has scored some pretty impressive collaborations that range from Khalid to Troye Sivan, blackbear to Jeremy Zucker. The new track is no exception, even though it only features her vocals, it was cowritten and produced by Grammy winner Greg Kurstin, who has also worked with Taylor Swift, Nick Jonas, Twenty One Pilots, Halsey, Sia, Adele, Pink and more, which explains why it is such an honest and catchy song.

With the accompanying video dropping on Feb. 11, the track certainly feels like a taste of what’s to come and with so many huge milestones already achieved. McRae definitely has set herself up for an explosive debut. It is a privilege to bear witness of the making of a star, and in this case, to see how a young talent like this grows to reach her full potential while sharing that journey with millions of fans.