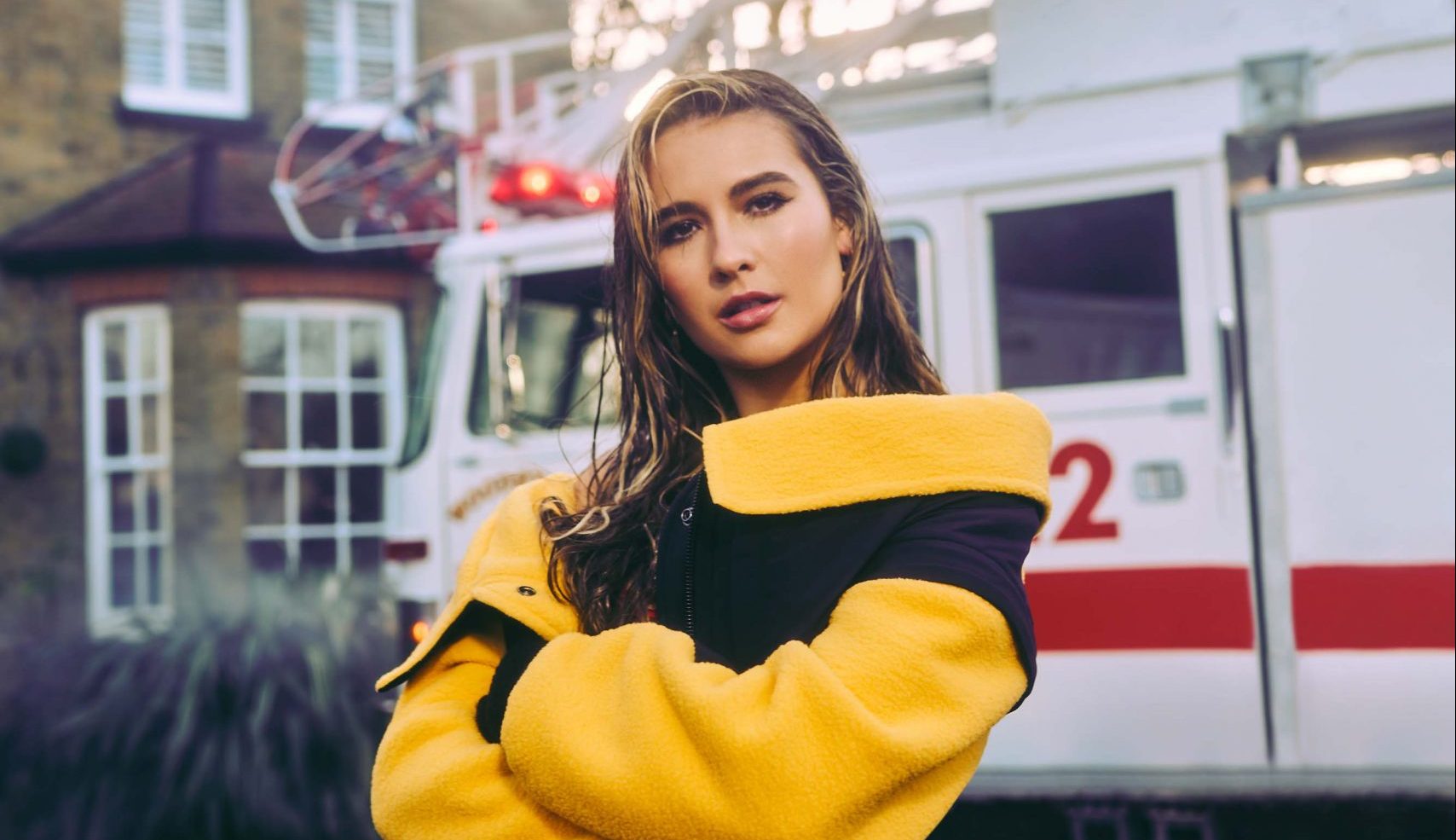 After an impactful 2021, Canterbury-born singer Mimi Webb is taking no prisoners with her first release of the year. Titled “House On Fire,” this is her most bold song to date and rightfully has secured itself at the top of the New Music Friday UK playlist on Spotify.

After commanding both the charts and airwaves with her breakthrough single “Good Without,” Webb solidified her status as the queen of ballads with her two follow-up singles — “Dumb Love” and “24/5.” Her first-ever EP, Seven Shades of Heartbreak, not only debuted within the top 10 but is currently being promoted with a sold-out nationwide UK tour, which will be followed by a European leg later this year.

During a chat with EUPHORIA. last year, Webb revealed she had other sides to her personality within her songwriting she was willing to share. And with this new single, that time has evidently come!

Now entering a new era, the 21-year-old is showcasing her feisty alter ego with “House On Fire.” Boys, be warned, Webb might have that girl next door image but she is not one to be messed with. She sings during the chorus: “I saw you out it was zero degrees / And you had your hands right under her sleeves / Oh you said you don’t get cold / You Liar! / Now i’ma set your house on fire / Running I’m running back to your place / With gas and a match, it’ll go up in flames / Now, I know you’re not at home / You Liar! / Now I’ma set your house on fire.”

Since TikTok has played a big part in Webb’s rise, it makes perfect sense as to why she had been teasing the track via the video sharing platform over the past few weeks. In fact, before its worldwide release, she already had fans sharing their own videos of themselves lip-syncing the bop. With the full song now available everywhere, it’s only a matter of time until it does the rounds online.

It’s cinematic visual, directed by KLVDR, sees Webb take her artistry to the next level as she is captured performing choreography for the first time in one of her videos. Throughout, Webb puts her acting skills to the test as she embodies different characters while watching her ex get rushed to hospital and trying to recover from the traumatic experience.

One week after completing her UK tour, Webb will be taking her powerful vocals internationally where she will open up for Tate McRae across North America throughout March and April.