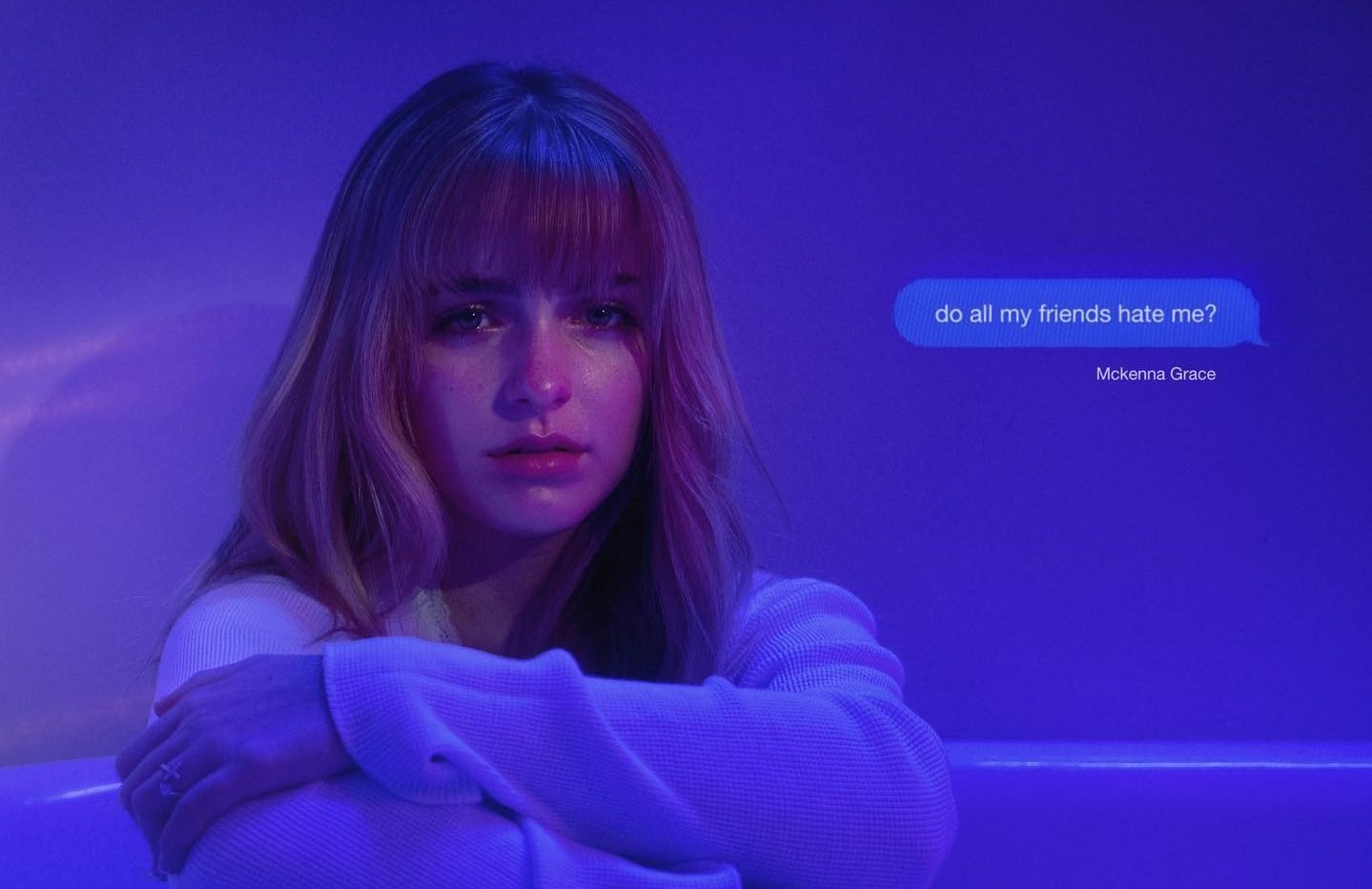 Mckenna Grace — do all my friends hate me

Mckenna Grace has made a career out of playing the younger counterpart to big name actors such as Margot Robbie and Brie Larson, but the 15-year-old actress, songwriter, and vocalist is multitalented in her own right. Grace also landed a screenwriter and executive producer credit for the upcoming sequel to The Bad Seed as well as an Emmy nomination for The Handmaid’s Tale. And she is genuinely talented in every single one of these roles! Her single “Haunted House” was a passionate and heart-wrenching ode to loss that hid beneath the cover of a high-energy hook while remaining genuinely mournful.

Her new single “do all my friends hate me” could easily have gone the way of trite, grade school panic. But by showing fearless and delicate vulnerability, Grace manages to lock into that all consuming self-hatred and terror that inflicts many teenagers when they get old enough to know what it is to be truly lonely. Grace has chosen in releasing this single to highlight the work of the Jed Foundation, which works to prevent teen suicide. It’s a very real problem and one that the single and its accompanying video do fantastic work in showcasing.

The video is dark and not just in lighting. Grace walks alone through a house with only her silent phone for company. She sits in a bathtub, dark eyes shining in the blue light. It’s simple and stripped down and it should be. Loneliness feels like this video looks. Grace with her light and airy voice literally pleads for someone to answer her, and of course nobody does.

Grace is one of the rare 15-year-olds these days who truly looks young and it makes the video even more difficult to watch. I am nearly 30 and I remember exactly what it was like to be 15 and friendless. There is nothing more painful than the loneliness of a child because they are not yet old enough to know that nothing lasts forever and yet they are also powerless to change their situation. That is what leaves them so vulnerable and it is also what makes the song so poignant because Grace is living in this reality and so her words strike very true. This isn’t her memory, this is her present.