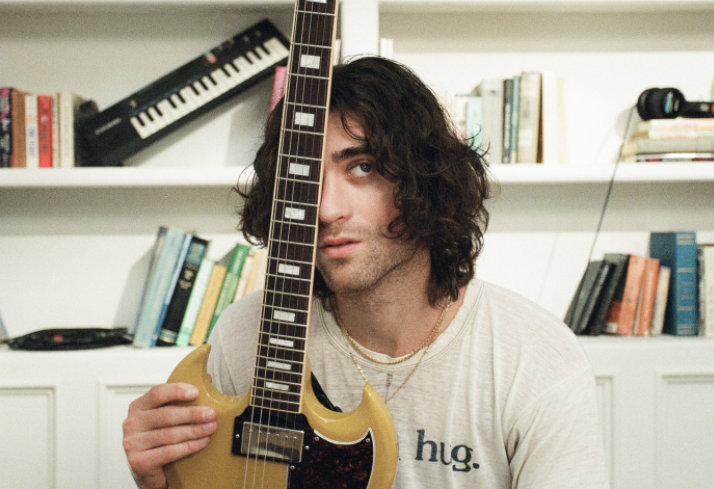 Alexander 23 — Hate Me If It Helps

Alexander 23 stuns with this new single “Hate Me If It Helps” and it’s just the perfect breakup song leading up to Valentine’s Day. This epic new song marks the start of Alexander’s new thrilling era, which promises to be bigger and bolder while still delivering the raw intimacy his fans adore. “Hate Me If It Helps” was co-written by Alexander and Olivia Rodrigo and produced by Dan Nigro  (Rodrigo, Carly Rae Jepsen, Conan Gray). The partnership with Rodrigo isn’t new, though — Alexander 23 co-produced her triple-platinum hit “Good 4 U” in 2021, which earned them a Grammy nomination. Alexander, who released his second EP Oh No, Not Again just under a year ago is gearing up to release his debut studio album this spring.

Directed by Charles Mehling, the music video that accompanies “Hate Me If It Helps” is gorgeous and perfectly fits the intimacy of the song. A desert-like landscape and a piano are all Alexander needs to have us in our feelings. The video cycles through a series of evocative scenes (passing trains, abandoned city streets, dunes lit in an eerie red glow) and superimposing Alexander’s image onto the skyline.

Alexander shared in a press release where the idea of “Hate Me If It Helps” came from: “I’d gotten to a point where I realized that I loved this person enough that I didn’t care what it took for them to feel better after the breakup — so if blaming me gets them to where they need to be, I’m totally okay with that.” In the lyrics, the Chicago native sings, “You can hate me if it helps / Make me out to be the villain / Say you’re better by yourself so it feels like your decision / You can tell them I’m the bad guy if it helps you sleep OK / Because all you want is closure but there’s nothing left to say.”

Alexander will be supporting John Mayer on his North American Sob Rock Tour for 10 dates starting from mid-February including two nights at Madison Square Garden in New York. The singer-songwriter will then head across the pond to support Tate McRae on her UK and Ireland dates. Alexander has teased his fans through text messages that he might be headlining his own tour soon.