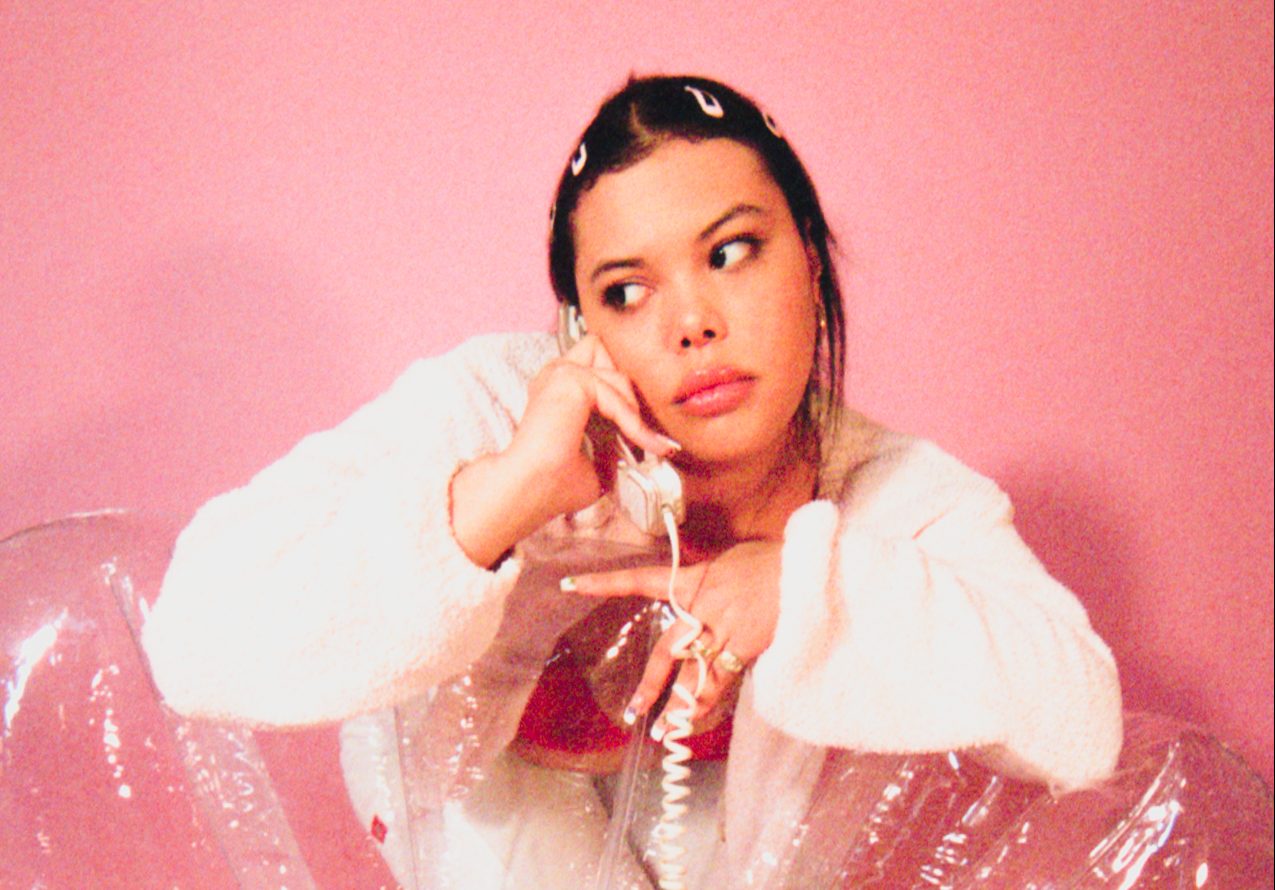 Overstimulation is at an all-time high. The access we have to new information and experiences encourages us to move to the next thing that catches our attention rather than sit with and process life’s challenges. Yet once things build up to a point we have no choice but to find an outlet for venting about these conundrums. NYC-based singer/songwriter Jessa has found only one way that works for her, making songs. “I don’t journal and I don’t meditate,” she tells EUPHORIA. “I don’t really sit down and reflect on my thoughts and feelings. I try to go, go, go if I’m feeling depressed or anxious and run away from it, but with writing songs about trauma, I can process it and chip away at the healing process.”

On her latest single “I Can’t Stop Crying,” she sequences three moments where she needed to get her feelings out into one concise composition. The song chronicles her experience being in the middle of a toxic relationship, breaking free of it, then reflecting on what made it the way it was. But Jessa delves deeper into the emotional specificity of each moment, which makes each verse a sort of time capsule of that period.

“The beginning was more raw,” she explains. “I’m fighting with my boyfriend all the time. I’m upset, this fucking sucks. Then the second verse is, ‘OK, I understand this is trickery. Like mind trickery of what my ex was doing.’ Then the third verse is, ‘Oh, and this is why it happened. This is why he has this tendency to do this.’”

This is all represented in the arc of the track’s sonics and lyricism. The first verse feels a bit woozy. As Jessa sings, “Don’t wanna lose ya, just can’t look in your eyes,” over warbling 808s and sparse synths, the hazy feeling of being locked into something cyclical cuts through. Jessa wrote the verse and initial hook in her ex’s living room and you can feel a cloud of numbness laced through her vocal delivery. As she sings, “Twist the knife then you walk away,” in the hook, it bleeds into the quicker-paced second verse. The vocal rhythm mirrors the feeling of everything becoming clear all at once as the relationship falls apart. This was written a few months after the first verse and Jessa sings about snapping into the realization of her ex’s tactical manipulation. While this section is enlightening, she doesn’t reach epiphany until the bridge and third verse. The pace slows, the bass dwindles, and Jessa lands cleanly on the discovery that the hurt caused was rooted in her previous lover’s projection and self-deprecation.

The song was written much like the movie Boyhood was filmed, over time displaying moments of significance that result in capturing overarching growth. Jessa says writing and crafting the song helped her get, “closure on things that won’t ever get resolved by the external source.” So using her music like a director would film allows her to picture the whole scenario so she can actually move on.

This rumination on specific moments and feelings combined into one overarching passage is also how Jessa is tackling things like her upbringing. However, since the thoughts haven’t yet been put into song form, they are still in the processing stage. “My entire identity is something that I have never really sat down and reflected on too much,” she says. “But as I realize all these different parts of my childhood, I’m like, ‘Wow, this is interesting. Where do I fit in?’”

Jessa grew up between suburban upstate New York (Peekskill or Poughkeepsie, she can’t remember which one, but also New Rochelle), The Bronx (where she went to school), and South Carolina (where some of her father’s family resided). “Our lives were kind of in between,” Jessa explains. “I grew up with a backyard, walking to the park behind my house, and going to the strip mall with the little nail salon. But also having a very city-centric life and feeling like I grew up in the city. So I kind of got to the best of both worlds.”

While she was generally surrounded by her mother’s “comfortable” Jewish New York area family, Jessa would then experience that juxtaposed with her father’s working-class Black South Carolina family on yearly visits. “It’s hard to even put my finger on what that meant for my understanding of my identity growing up because I think I just kind of like glazed over it,” she explains. “Now I’m at a point where I’m like, that’s a pretty different random background. I feel like I kind of escaped the ostracism, a lot of people feel like being a minority in the private school environment in New York City because I grew up very comfortable in all scenarios. Because I was exposed to both my parents’ backgrounds fully. None of it really fazed me.”

Jessa is still figuring out what all of it means but has continued to plow forward making music that pulls from many areas of her romantic life to get clarity. Not all of it has needed to be as intense as “I Can’t Stop Crying” but even with lower stakes, Jessa weaves in enticing drama. One of the first tracks she ever wrote and a sheer standout is the 2020 released single “Chills.”

“I had a crush on someone. I sat down. I wrote it in 15 minutes,” she says about the process. The Remo The Hitmaker-produced track combines almost drill-like synths, bells, and just claps for percussion. During the chorus, she sings coyly, “You left me in the cold, gave me chills yeah,” as if to be playfully guilting her potential lover into a fling.

Music can capture more of a full story when the emotion behind the words can be expanded through the instrumental. The interplay of that and vocal melody is what allows Jessa to break through barriers of communication constantly. “I think if something feels more vulnerable, I’m averse to showing that to people,” Jessa says. “It’s been interesting to be able to communicate that in music, in a way that always feels way more articulate than I’ve ever said it. Once I put it in a song, it feels so much more concise.” As you listen to “Chills,” you can hear the layers of expression in each line as she reveals her feelings but also tactfully lures in the target of her affection.

The crossover in tone of the two songs thus far described shows how cleanly Jessa can express duality in her music. She maintains the same potency in a short-lived crush as she does in processing a breakup over many months. “I think it’s a really human thing, I would think most people experience life in contrast. I just get to put it in a two to three-minute package,” she explains.

Since 2020, Jessa has released music that even in its wavering topics and sounds, is all linked to the same center. “It’s literally like my diary. I need to get it out in a certain way that feels satisfactory to my soul,” she says. “I think my best work has stemmed from what’s really true to me emotionally.”

Before her most recent show, Jessa told her accompanist she wanted to close with “I Can’t Stop Crying.” He replied he thought it was a “banger,” and she retorted, “Yeah, it’s my trauma.”

“It’s a weird experience, but I love it,” Jessa says about the dichotomy. As she continues to expand the confines of this expression, as long as the source remains, Jessa’s time capsules will produce ear candy to heal the hurt.