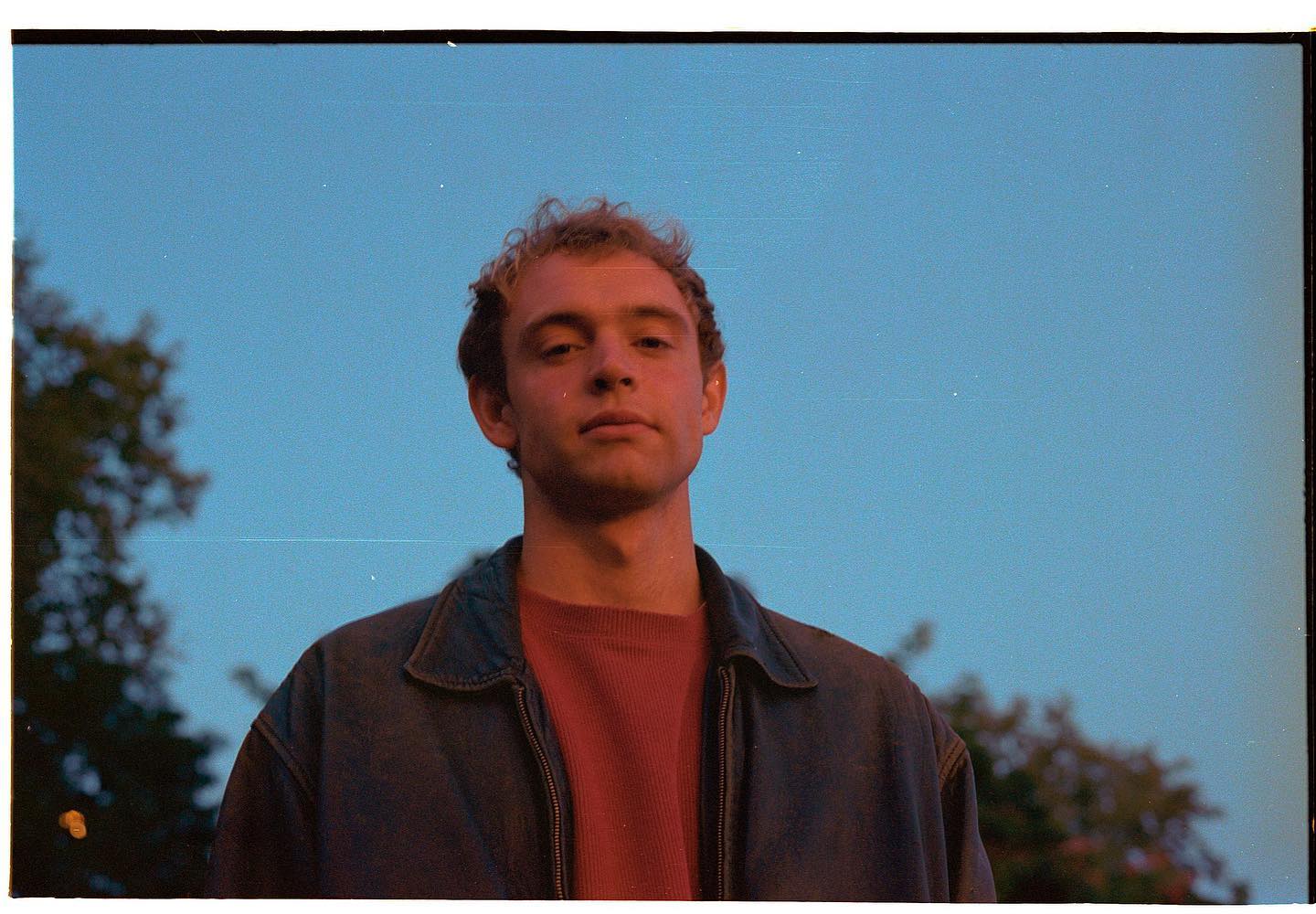 When Jacob Slater fought through an arduous break up with his band Dead Pretties back in 2017, it would’ve been easy for him to have been put off by the music industry and never come back again.

But now, as Wunderhorse, he has found a new lease on life.

Already pinpointed by NME as one to watch for 2022 with only two released tracks under his belt, London-based Wunderhorse’s blend of introspection and grit has earned him a rapidly growing following. “Teal,” his debut, was released in July last year and tackled jarring themes of pain and relief before “Poppy” continued in an eerier vein, paying homage to Jeff Buckley with its reverb drenched soundscapes and morose lyrical content.

Aside from music, Slater is also set to appear in his debut acting role as Sex Pistols drummer Paul Cook in director Danny Boyle’s forthcoming PISTOL series based on the UK’s most notorious band of the 20th century.

Ahead of his newest release “17,” EUPHORIA. caught up with Wunderhorse to talk about the music industry, exciting roles on the big screen, and his passion for surfing.

Hey Jacob. Have you caught any waves out on the board so far this year?

I’m actually in Newquay at the moment and went surfing at first light this morning. It’s a bit nippy with the cold still at this time of year. Normally, people would wear hoods, boots, and gloves for surfing. I’m wearing the boots and gloves at the moment, but I’m holding off on the hood until the last minute when my head goes completely numb with the cold. But yeah, there’s been some good waves. If there’s waves, then I’m in there.

I wrote this track when I was 17 years old. I never had a title for it so I just stuck with calling it “17.” It’s the oldest song that we still play live and the oldest song that will be on the record. I almost left it off actually because I wouldn’t write that kind of song now. The lyrics are quite non-specific; I think when you’re that age, stuff just comes out and you don’t really sit down and analyze it as much. It feels like a different person wrote that song now. But the actual musicality of it, I still really like. It’s been kicking around for a while and I kind of owe it to the song to get it out there. I feel like the song wants to come out more than what I want it to come out!

“Poppy” channelled huge Jeff Buckley resonances. Who were you listening to around the time when you wrote “17?”

I was listening to a lot of John Martyn and Joni Mitchell around the time when I wrote the song. But then taking it to the band, we recorded it live with some old vintage amps that happened to be lying around the studio. I was going for that Neil Young/Crazy Horse type thing with a really raw, unpolished guitar sound. And that’s basically what we went for in the end.

There’s a few lines in the track which read: “As we dance along the blade / All of life is a butcher’s knife.” Could you delve into your thought process behind these lyrics?

To be honest, I’ll tell you what it was. We needed an extra verse when we recorded it. Originally, the first verse was twice as long as the second. But when we recorded it, I wanted to change it up to add to the second verse instead. We were on the clock and I was like, “fuck, we need an extra verse!” So I just sat down and wrote it out there and then. I wish I could tell you that I dropped a load of acid and found some inspiration, but that’s just not what happened.

You first rose to critical acclaim around London with your band Dead Pretties five years ago. Where was your head at when it all came crashing down that same year in 2017?

Musically, it just felt like things had run their course. It wasn’t for me anymore. It all got a bit dark and there were also some fairly bad personal life choices I made around that time. I was just wanting to write more reflective kinds of music. Anytime I brought one of these ideas to the table, it didn’t feel like Dead Pretties was a vehicle for the new stuff I was writing, which is more like the stuff I’m doing now. If I kept on doing it, I felt like I’d be lying to myself and everyone that came down to watch it. It felt like it ended when it needed to.

What did you learn during your time away from music and what inspired you to come back?

I went from playing in a band under a contract to nobody really fucking caring, which is how it works in the nature of the music business. Ultimately, I just took things slowly to try and figure out what I wanted. Being in Dead Pretties and everything ending pretty messily — from the band to the management to the label and my mind personally — I thought to myself, “let’s make sure it doesn’t end up there again.” I was trying to be more wary of the choices I was making being in the music industry, because it’s full of chancers. If you were working in accounting firm or something, you’d get fired for some of the stuff that people get away with in music. Everyone’s all “it doesn’t matter, la-di-da, let’s have a latte,” you know?

How have you been enjoying your new musical experience as Wunderhorse so far?

It’s been great. However, it’s been slow because of COVID stopping everything. We were due to release “Teal” two years ago, but a couple of weeks before the release date, the first lockdown happened. I’ve really enjoyed it since things have opened up and I’m playing with the guys I play with again (Pete, Jamie, and Harry). It’s good to be playing and we’ll see how it all goes.

Do you feel more at home with the introspective edge to your new material compared to your previous attitude filled releases with Dead Pretties?

At the moment, yeah. I think in those younger years when I was slightly more wayward, there were lots of things that happened to me at a time when I wasn’t really in the right headspace to deal with them. The music now is more introspective, more reflective, and is a way for me to look back on what I missed. It’s useful actually, because it’s a cathartic tool that allows me to go over things that I might not have thought about at the time. That’s what most of the upcoming record is about, which will hopefully be out later this year.

How have you found people’s reception to the tracks you’ve released so far?

People seem to be liking it, which is great. I don’t really mind too much about how it’ll be received on a wider level, but it’ll be interesting to see who picks it up and who doesn’t. I’d say it’s kind of somewhere in the middle between the two worlds of rock/punk and classic singer songwriter material. Who knows? Maybe lots of people will like it, maybe they won’t, but I don’t really mind. As long as it really means something to a few people then, for me, it’s ticked all the boxes it needs to in my head.

How does it feel to be working with Danny Boyle in your acting debut later this year?

I’m the only one of the cast who hasn’t seen it yet! I was recording the album when the screening happened, so everyone else has seen it except from me. I’m kind of scared because I’ve never seen myself on a screen before in that capacity. But the whole experience was great — I loved it. It was a steep learning curve and sometimes those periods of your life are the best when you’re out of your comfort zone and you have to step up to the mark. Hopefully I did a good job. I think the Sex Pistols’ story has been told by Danny in a really interesting way by depicting them as human beings and as kids really, which they were, rather than these villainous people.

Finally, what would you like to achieve by the end of 2022?

A few Grammys, a house in the Maldives, that’d be alright … joking. I’m really just keen to get the album out, to be honest. Some of the songs have been rattling around in my head for too long and they need to come out before I lose the plot. It’d be great to see it in the shops and pick up a physical, tangible record of what you’ve done and be able to say that we did it.