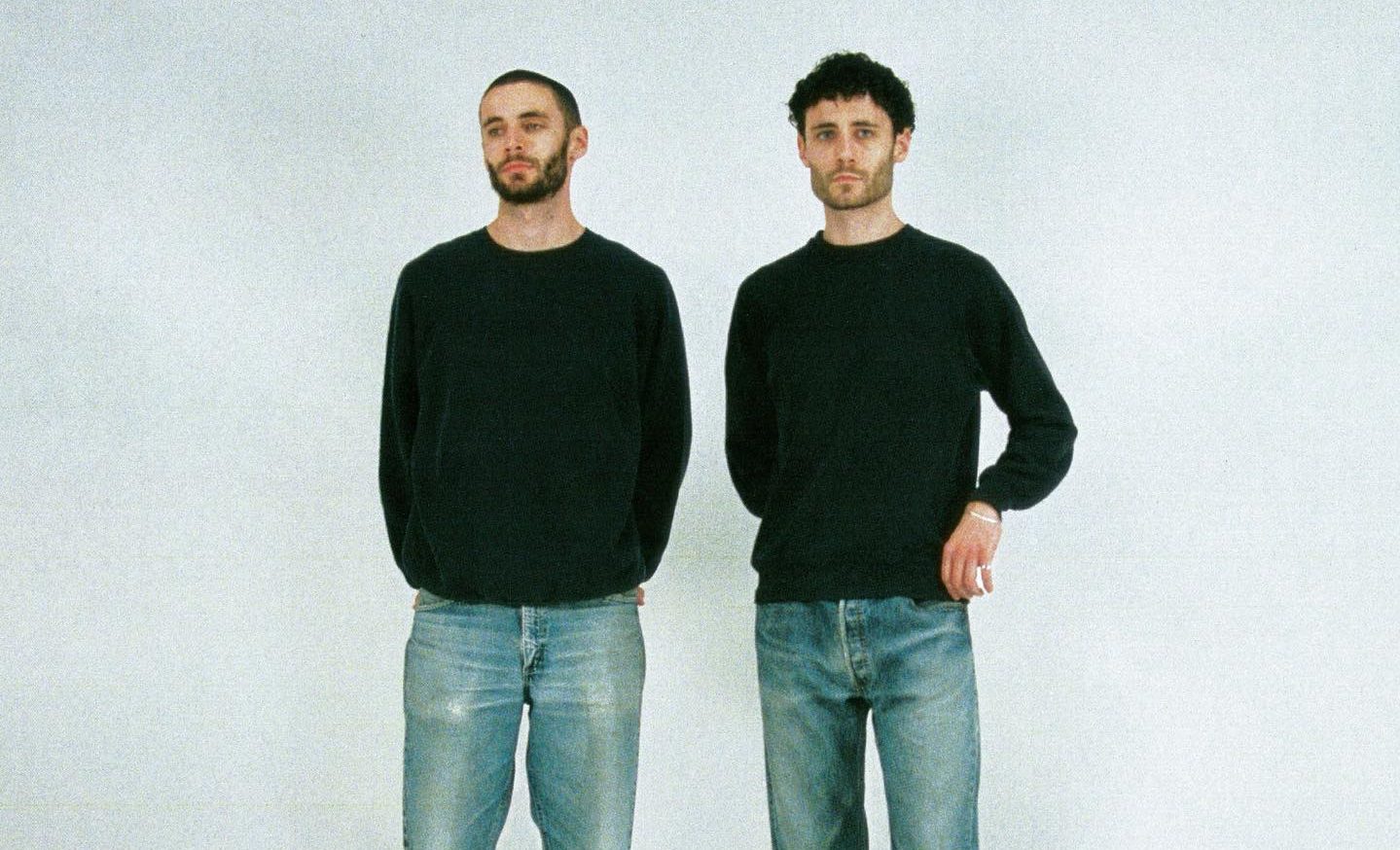 In the first of a two-part EP series, Mulherin experiment with a whimsical R&B sound with their newest release, Paper and Plastic 01.

“It’s like we’re making like a little tandem, or group deal,” says Parker Mulherin, regarding the two-part project, “We’ve always kind of tried to tip toe the line between the more electronic sounding R&B sound [as well as] singer-songwriter music that’s more guitar based. We call these two EPs Paper and Plastic, because Paper is the more natural sounding one; then Plastic is like the plastic side that’s more synthetic [with more] tune vocals. These are the two sounds that we like to do, to spread the gamut.”

Sure enough, Paper and Plastic 01 feels clean-cut and earthy. A little less polished and produced than most tracks in the genre, Mulherin showcase their signature touch — a sensual, affectionate kind of R&B. If R&B as a genre typically tastes like a glass of fine wine, Paper and Plastic 01 is more like a cup of pour-over coffee with notes of citrus. Laced with acoustic guitar and soft piano, the EP feels like caresses and lullabies from someone you love.

Mulherin’s songwriting is inherently different from today’s mainstream R&B. The kind of paper-like, stripped-back sound is specific to Paper and Plastic 01, but the genuine emotions and rhythmic spaces left for pondering have always been a crucial part to Mulherin’s discography. Growing up in Memphis, TN, their household was filled with sounds of Stax Records and classic rock, until the twins found their eventual love for R&B in high school.

“It doesn’t age well now because The Weeknd is like the biggest thing that has ever happened,” Parker jokes about their obsession with artists like The Weeknd, Miguel, and Frank Ocean back in the day. “It was 2011,” he says. “We asked people at school, ‘What kind of music did you like? I don’t know if you heard of like, The Weeknd? Probably not.'”

With all their musical influences in mind, there were a lot of questions to ask when the brothers started making their own music, “[These artists] bring something new to the table for sure, but how can we do this in a new way?” Marshall Mulherin recalls their thought process at the time, “How do we combine all these different parts of like what we grew up with and try to do it in a way that feels honest? What is serving the song and what’s fun to you?”

Among the four tracks, “Dance With You” stands out with an additional note of playfulness. It is a perfect soundtrack for the scene described in lyrics: “We got drunk the first time we met / At some bar right off of sunset / I liked your friends they were nice to me / Too shy to talk you just smiled…” The bass line certainly plays a part in creating a mysterious atmosphere for the track. It bounces among the quiet guitar strums as well as the whimsical chimes and piano. The nonchalant and sensual nature of the song is perfectly capsulated by its music video, where the twin brothers played with optical illusion using a split backdrop.

“I really want to try and do something where we fake that it’s a split screen so it feels like it’s two different shots,” Parker says, adding, “And then at the end of the video, we cross the line and show people that this is one location.” While this was the initial inspiration for the video, Nick Arthur, an animation artist, was the one who suggested to hand print and animate the video in a frame-by-frame, two-dimensional method. As the end result, the two contemporary dancers appear as two intertwining phantoms, quite literally exist in a different dimension to Marshall and Parker, once again reiterating the “Paper and Plastic” theme of this project.

For Mulherin, art direction and music often go hand in hand, much like the balance between the different instruments in their songs, as well as the dynamic among the two brothers. If not telepathic chemistry — although Parker and Marshall finish off each other’s sentences for quite a few times in our brief interview — the two brothers certainly complement each other in terms of talents and skills.

“A lot of times Parker starts something on guitar, maybe I’ll come in and add the piano,” Marshall says, “I feel like we’ve gotten a lot better at switching it up. For ‘Dance With You,’ Parker had written a lot of that, like the first hook and the verse of that song. And then I came in and changed the chords on the verse…” He goes on and explains for quite a bit, about how the brothers went back and forth on details like condensing the verse and remaking the outro vocal, etc.

“I feel like we complement each other’s skill sets,” Marshall concludes, “It’s a funny thing to manage because as twins you are so used to everyone saying you’re like the same person, but then realizing you have different skills and it’s good to be different.”

Besides working on the second half of this EP series, the brothers have been busy producing and collaborating with different artist friends. On the release day of Paper and Plastic 01, they are traveling to Memphis for the premiere of a Broadway-style dance show, for which the brothers created the score. With all these plans in store, 2022 will undoubtedly be a busy year for Mulherin.

“We’re always trying to push ourselves in different ways as producers and figure out the coolest structures for songs. [It] always just coming down to does the song feel truthful and insightful. I feel like that’s every song on this project, too, like let’s base this in reality as much as we can,” Marshall says.

When asked to give a one-liner to get listeners hooked on this project and the subsequent one, Parker comes up with adjectives instead: “Raw, truthful, and cutting.”