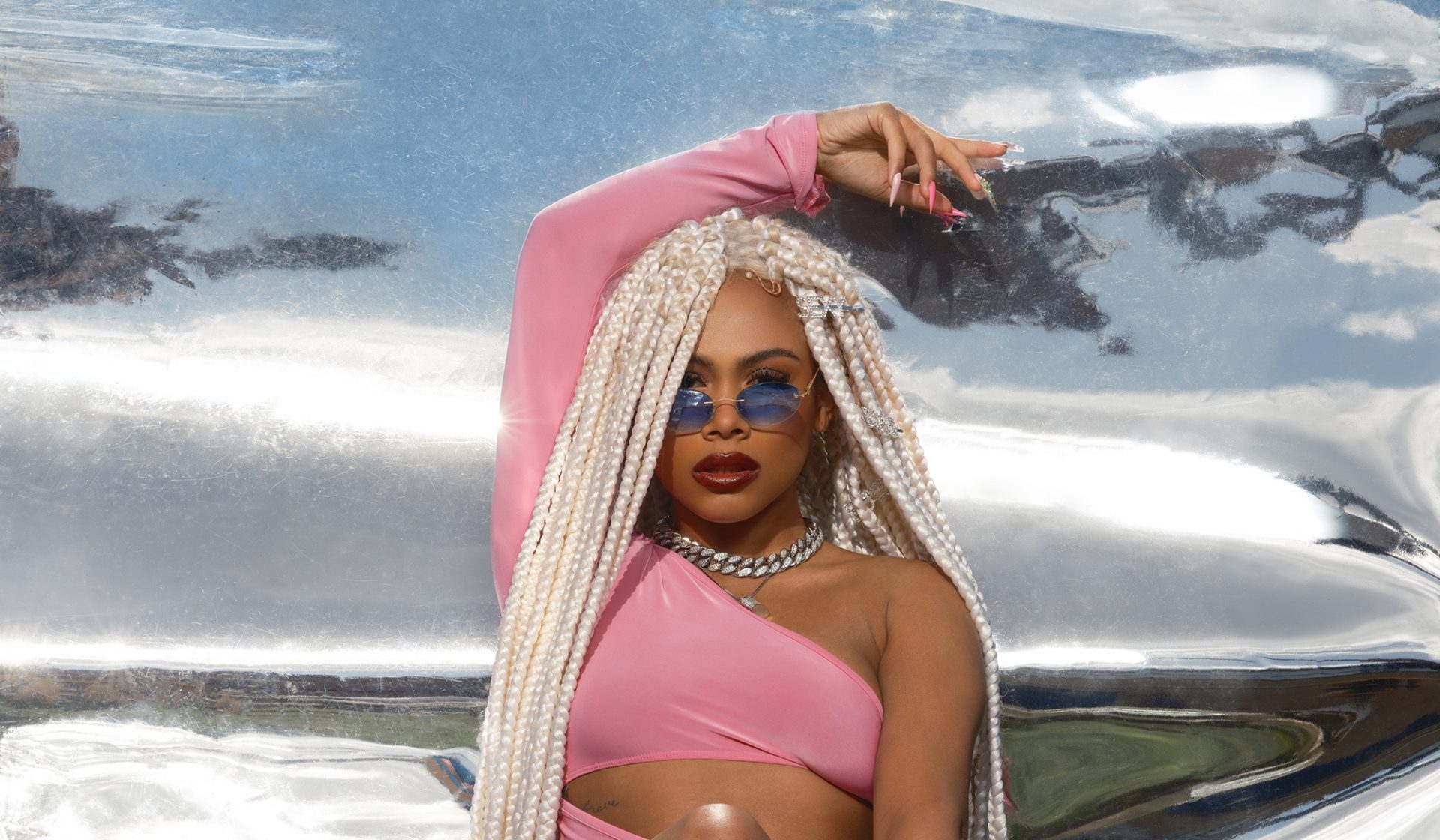 After touring with Rudimental extensively for 18 months across three different continents and signing to their label, Major Tom, British R&B singer MORGAN is making sure her first release of the year, “You’re Worth It,” will take her evolving career to the next level, especially after ending 2021 on such a high.

MORGAN’S last single, “ADCT,” was first initially put out into the world three years ago when she was 17 years old. After the song hit the No. 1 trending spot on TikTok due to thousands of fans uploading videos of them singing the irresistible tune, MORGAN chose to re-release the song with an updated polished version. In addition to its 4 million streams on Spotify and playlisting on BBC 1xtra, “ADCT” was also the first song she ever penned, becoming a full-circle moment that proved this is her calling.

If the toxic relationship anthem was worthy of connecting with fans, then there is no doubt that MORGAN’s latest offering, “You’re Worth It,” will do the same. This time around, she is longing for self-love and aims to empower listeners to be proud of who they are, even if they’ve continuously been made to feel less than others. In the chorus, MORGAN repeatedly sings: “Nobody can tell you again / Nobody can change you again.”

Its Kassandra Powell-directed music video stars a diverse cast of people, including fellow Brit Hamzaa, and showcases each person in a vulnerable and unconfident light. As the song progresses, they start to see the what makes them special and celebrate themselves with pride and gratification.

In a new interview for EUPHORIA., we caught up with MORGAN to discuss her new single, the rush of success she’s had, touring with Rudimental, and what she has planned for the rest of the year.

Tell me about your new single, “You’re Worth It.” There seems to be a strong, empowering theme throughout.

“You’re Worth It” is definitely the most powerful song I’ve written to date. The track sits with me deeply and I cherish every word I’ve written in it. I wrote this song about knowing you’re worth as a human regardless of shape, size, gender, ethnicity, or identity. I want everyone to take something away from this song. We should all resonate with it.

What inspired you to write a song like this?

We all have insecurities. I definitely do and I am not ashamed to say that. I’ve been working hard at learning to love myself, my flaws, and my differences for the past year or so and wanted to spread the message that we are all beautiful and unique in our own way. Growing up, I always had people that told me I wasn’t capable of doing things. I grew up in an age of social media where trolls judge your every move. The work I put into to start truly loving myself regardless of what people say is a testament to what the power of self-belief can do. I’m starting to prove them all wrong.

What are you hoping listeners will take away from the song?

You have an EP lined up for this summer. How long has this been in the works?

I don’t want to reveal too much but I have been working extremely hard in the studio for the past year to perfect my songwriting. There will always be room for improvement but I’m proud of how far I have come recently. Not only am I doing this for myself but I want to give my fans lots of great music this year so watch this space.

What can you tell me about the other songs? Are they a similar vibe to the songs we’ve recently been hearing?

What I love about music is you can express yourself in so many different ways using so many different sounds. I always say music is about feeling. Of course, all of my tracks will have a Morgan stamp to them. Not all of them will sound sonically similar but they will all be aligned lyrically. I’ve really tapped into writing on a deeper level recently and talking about topics that are important to me. There is definitely a theme!

Your last single, “ADCT,” became a success last year and continues to grow. Did you always believe that song was special when you first wrote it over three years ago?

“ADCT” was the first song I ever wrote so regardless of the reception it has had it will always be extremely special to me. It was such a shock when it started going viral on TikTok a couple of years after I took it down — I have to say a special thank you to the person that managed to find it lingering somewhere on the internet! I’m so appreciative of everyone’s support since it’s been re-released. It gets bigger and bigger by the second and I didn’t realize how many people were in love with it until I put it out again.

Did the success give you a confidence boost because it was the first song you ever wrote and it was so well-received?

It’s 100% given me a massive confidence boost in terms of my songwriting. I wrote the track when I was about 17 and I’ve only got better. The success of the track also pushed me to want to explore my culture even more and incorporate it into my music. It’s made me embrace myself in so many ways and I can only thank my listeners for this!

How was touring the world with Rudimental? Did it impact your songwriting in any way?

When you tour the world with musicians as successful as Rudimental you learn so much so quickly, I was really thrown into the deep end. Those boys are like my older brothers and are always giving me advice. Advice is so important to take in positively. Learning is key to growth and learning from people who are experienced in an industry that you’re just getting started in is invaluable. My theory is that if you surround yourself with greatness, you will no doubt become great. And I am definitely surrounded by exceptionally talented people who I learn from every day.

You’ve done a few high-profile collabs. Who would be a dream to work with next?

My absolute dream collaboration is 6lack. I could sit here for hours telling you why I want to work with him! But long story short he’s my favorite male artist and his voice is unbelievable. I’m manifesting that collaboration constantly!

Aside from releasing the EP, what is a goal you really want to achieve by the end of the year?

Professionally, I want to grow my fanbase all over the world. I want to soak in the cultures of the world that have that influence and inspire my music too. I don’t want to limit myself to one audience. I just want everybody to hear my voice and what I have to say musically.