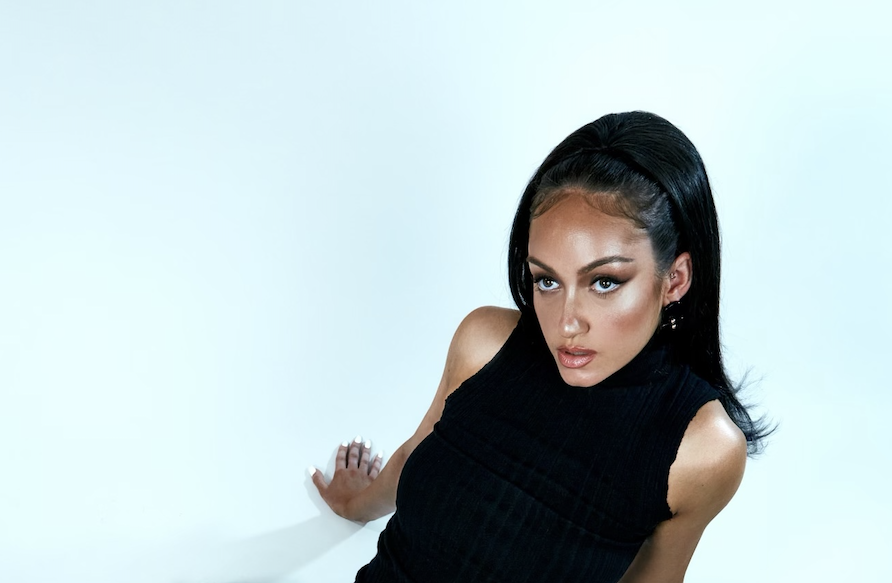 A fine piece of art done by a stellar team, “Hate You” is a song of daring and unapologetic self-love for those who need it on this Valentine’s Day. With the help of Swagg R’Celious, Jeff “Gitty” Gitelman, and Ronny FLIP Colson, the track showcases Stewart’s ability to sculpt with her voice. Despite the title of the track, “Hate You” puts emphasis on self-love instead of hatred toward the past. A colorful palette of cadences and an even wider range of emotional turmoil, “Hate You” is the perfect soundtrack for 2 a.m. self realization pondering. Lyrics like “Call my girls and we go out and celebrate it” feel like encouraging pats on the shoulder from the singer — because she clearly gets you.

While the song consists a soft and comforting undertone to Stewart’s magnetic and daring vocal, the music video of “Hate You” is visually striking and wicked in an intriguing way. Stewart, alongside with several other beautifully dressed women, cleverly outsmarts and out-powers the few sickening masked men in a gorgeous cabaret scene. Though the video opens with a suppressing atmosphere, the women figures present on screen manage to persevere and flourish. With the help of creative director Betsy Johnson and director Jack Bowden, Stewart further transforms “Hate You” from a self-empowering love song to a girls-help-girls ballad.

In an interview with EUPHORIA., Stewart further explains her understanding of the track and how it leads her towards a new sound.

Let me get started by asking you about this track, “Hate You,” and a bit about yourself and your musical journey.

Yeah! My name is Kate Stewart, I’m a singer from West London. It’s been quite a long journey for me to get to this point. I’ve been through quite a lot of ups and downs and lots of different times where I’ve felt like I’ve wanted to make a certain kind of music then changed my mind. With this song specifically, it just feels like it finally hit home [with] the right genre and the right vibe. “Hate You” is one of my favorite songs that I’ve ever made, I’m really excited to be putting it out.

Anything that makes this song extra special?

Every song I’ve ever put out, I’ve written myself. I never usually take other people’s songs because often they’re not relatable to me, or maybe my voice doesn’t sit quite right within the melodies because I didn’t write it. But this song I didn’t write, and I loved it that much that I just wanted it to be mine. I was in New York with an amazing producer called Swagg, and he was just playing me a bunch of songs that he had made recently. He played me this one and I was able to take it. I’m happy that I did it justice and all the producers were happy for me to have it. And it was a really special day because it was the first song that I recorded from this EP that set the tone of the whole project and it changed my sound a little bit. For this set of music, it’s still very R&B, but it’s a bit more aggressive. A little bit less singing but a little bit more talky, kind of like spitting bars. I think “aggressive” would be the right word, just a bit more production heavy and less safe.

I want to talk a little bit about a music video. It’s very theatrical and reminiscing.

Yeah, it’s very theatrical. I got the idea from Jessica Rabbit in the Who Framed Roger Rabbit? movie, where she is singing “Why don’t you do right.” She’s in this cabaret club and she’s on stage in her red dress. Obviously, she’s a cartoon, but all the guys [around her] are real people. They’re wearing suits and they’re all like drooling over her. That was my initial idea. Then I took it to my creative director Betsy Johnson, and she was like, we need to make it a bit more dark. And when I have the song I think of reds and blacks. [And because] it’s quite a mellow song as well, I wanted to make the video contrasting [to the song] and theatrical, but still keep it cool. We came up with that idea of having the men with the demonic faces and making them look creepy, like a horror thriller kind of movie. We just wanted to make it feel quite uncomfortable to watch but beautiful at the same time.

Is there a reason the song is being released now on Valentine’s Day specifically?

Actually, the song was meant to come out last Valentine’s Day. But I’m actually really happy that we waited a year, because it just wouldn’t have been right last year. We wouldn’t have been able to travel, and it would have been really difficult to do the video. And I’m not a very sloppy person, so Valentine’s Day to me personally is a bit of a ridiculous day. I wanted to put out “Hate You” because one, it’s called “Hate You” and Valentine’s Day is obviously a day of love. I just like the juxtaposition, the contrast of it coming out on a day that everyone’s all soppy and saying “I love you” to their partners, but I’m putting out a horror movie, a dark, twisted fantasy video.

What are we to expect from the upcoming EP? And what kind of statement are you trying to make with the EP?

I feel like this project specifically is the first set of music that I’ve written and released that really feels like me. I can’t stress that enough. Everything else has just been me trying to find my perfect sound. This project is just so true to who I am. I take scenarios that have happened to me and I’m singing and saying phrases that I say in my day to day life. I’ve found my sound and it has taken a really, really long time. To actually find your sound is the most liberating feeling. I used to think that I’d have to show off my voice quite a lot, but this is just a lot more chill and vibey, and it’s not really [of] any genres. There’s a set of songs for every mood on there.