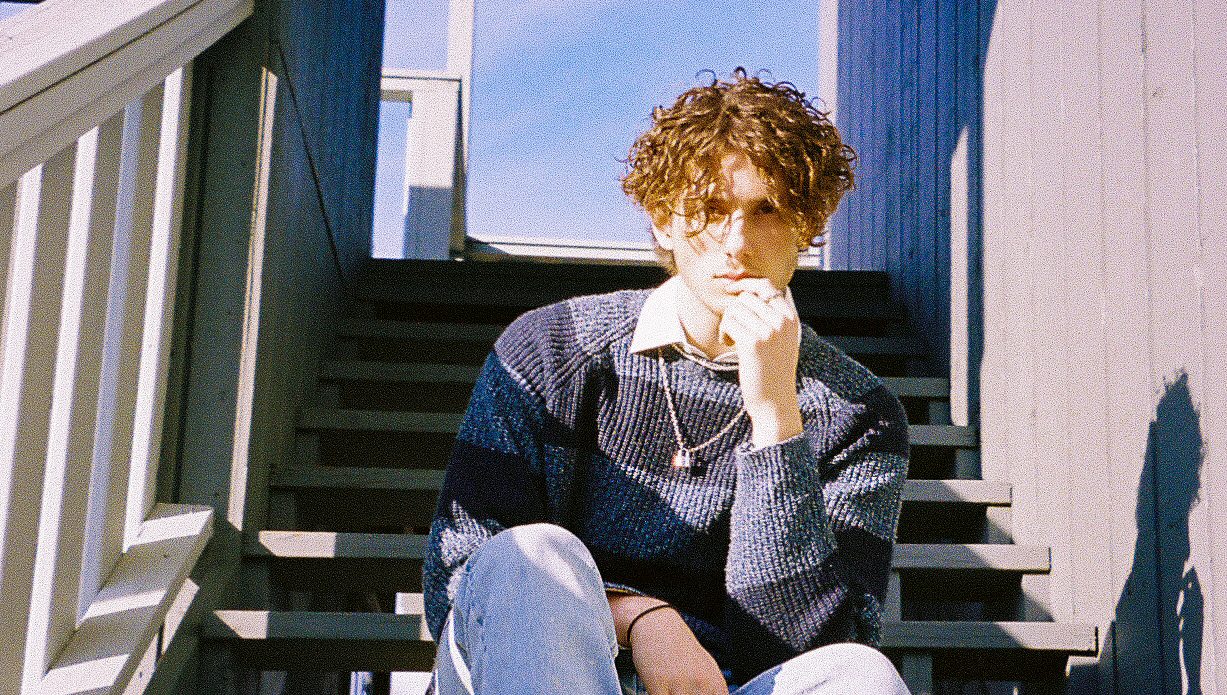 JVKE wants you to feel all the feels in his newest banger with chillpill.

With beyond a few charting collaborations with DJs and established artists in the bag, the 20-year-old experiments with a jelly-sweet sound of hyperpop in his new song, “CHARGER.” A hyper-charged anthem detailing those first sparks of love, JVKE sprinkles in some additional cheeky feels by skillfully layering a metallic touch on top. Fun and carefree, “CHARGER” feels like a breath of fresh air thanks to JVKE’s seamless production and his witty metaphors. Both the line “Wanna plug my heart in” and the fun iPhone charging sound effect stand out to captivate, perhaps triggering some tingling senses in your brain — not sure what, but JVKE made sure he’s done it.

Besides his superior ability in production, JVKE is always capable of spinning a simple idea into a full-course adventure. His ability to combine sparks with well-crafted beats truly serves him well. We spoke to JVKE recently on the new single with chillpill, his inspirations, and how TikTok and feedback help him succeed.

How is this collab different from the previous collabs that you’ve done with other artists? And if you have to put it in a particular genre, where would you put it?

So a lot of my past collaborations were with DJs, doing a lot of dance style music. It was something that I did a lot for the past couple of years. But this new genre, which has really been on the rise for the past year or two called hyperpop — that’s the genre of this song. I listened to hyperpop all the time on SoundCloud, specifically, it has a really good underground scene there. So I was super inspired [when] chillpill sent me the idea.

Was it you or chillpill that came up with the specific idea for the line “plug my heart in”? I saw from several of your TikToks that you sometimes record random sounds and put them into a track. Is that something that you do a lot even before this song?

chillpill had the idea with all the sound effects, like the charging sound effects. He pretty much took that [and said] let’s make this about recharging your heart. It’s pretty common that I use weird sounds. On one of my recent songs that blew up, at the beginning [of the track], there’s like some birds chirping in the background — very subtle, but it gives this vibe that you’re in a space and there in the first person. That’s pretty common with a lot of my songs, like having cool sound effects and making stuff that you wouldn’t really expect to be in a song and making that a main element. I would say a lot of times, using real-life examples of things that people commonly think of in a song brings a sense of familiarity and puts you in that setting. Like Charlie Puth’s “Light Switch,” absolutely love that song. It’s something so common that people use all the time. But now whenever they hit the light switch, it’s gonna remind them of that song. So it’s a cool little idea to incorporate everyday life things into songs.

I want to talk about your previous song, “this is what falling in love feels like.” I found this TikTok that says, you accidentally created a new genre called simp music, and I thought it was so funny. Why did you make that TikTok? Tell me about this song.

So the idea for for the TikTok came after I had written the song. I was just looking back retrospectively, like, wow, this really embodies the feeling of falling in love. From the violin intro, it just feels like you’re in a movie where it’s the falling in love scene. I just felt like it was very unconventional, going from a violin to a synth drop [then] into a little side piano moment that’s faster than the rest of the song. I felt like I had created something new that I hadn’t really experienced before. I wouldn’t call “CHARGER” simp music, but it definitely has a specific vibe. When everyone hears it, I’ll definitely want to hear what people think of and what type of vibe it gives them.

Do you feel like being on TikTok really give you a bridge between people who listen to your music and you as the artist? It seems like you have a very healthy creative loop.

Yeah, it’s honestly amazing. I actually used this strategy even before TikTok had blown up. I would commonly have listening parties with my friends of the new music that I was creating. I wouldn’t finish the ideas [but] just play them the rough draft and get their opinions. The group consensus helps me to know, oh, this is what people like. And a lot of times, it’s actually the one that I like too. So now I’ve used that on TikTok on a mass scale. It’s been amazing because I’m trying to keep giving people what they want and releasing music that I enjoy listening to as well.

What’s your working routine? How do you come up with ideas?

I usually try to start with some sort of inspiration. I try to put myself in positions to where I will be inspired. Some people know this, a common thing I do is I go to a local park near my house or I just sit in my car and allow ideas to flow around in my brain, I’ll try singing some stuff, write down different lyric ideas, and allow my mind to think freely. If I think of something amazing, I’ll quickly record it. Sometimes I speed back to my house in order to go make the song because I’m so inspired. I try to put myself into different scenarios, whether that be a scenario that I’ve experienced, or a scenario that I feel a lot of other people have experienced. Because a lot of times the best songs are the songs [where] everybody agrees that this is how I’m feeling right now, or I’ve experienced this.

What kind of situation and settings do you envision “CHARGER” being played? What about the last few singles?

For “CHARGER,” you’re out with all of your friends, about to go do something really fun. And as we know, summer’s coming up, which I’m super excited about. Today I’m in Rhode Island and it’s getting warmer. So I’m like really hopeful for when it’s going to be summer. As for “this is what falling in love feels like,” there was a trend and it still kind of going — where people take a video of the sunset and they fake shoot arrows into the sunset, then it shows the whole beautiful colors of it. And I definitely can see, you know, going out on a date or something in the summer and you go watch the sunset, “this is what falling in love” fits right in that moment.

We have, obviously, “CHARGER” about to release. But outside of that, we’re going to be testing a bunch of new music on TikTok. Specifically, I have this new one coming up that we’re pretty much planning on releasing, and it’s called “this is what heartbreak feels like,” and it’s completely different than “this is what falling in love feels like,” which I think is appropriate because those are completely different emotions. I tried my best to crystallize that emotion and I’m really happy with how it came out. It’s not even completely done yet, but I’m really excited for people to hear that because I feel like it’s gonna show another side to me that people maybe haven’t seen before. A lot of times my music is just good vibes, but this song is going to show another side that’s much more emotional, and a bit deeper and sadder type of feel. So I’m really excited for that one.