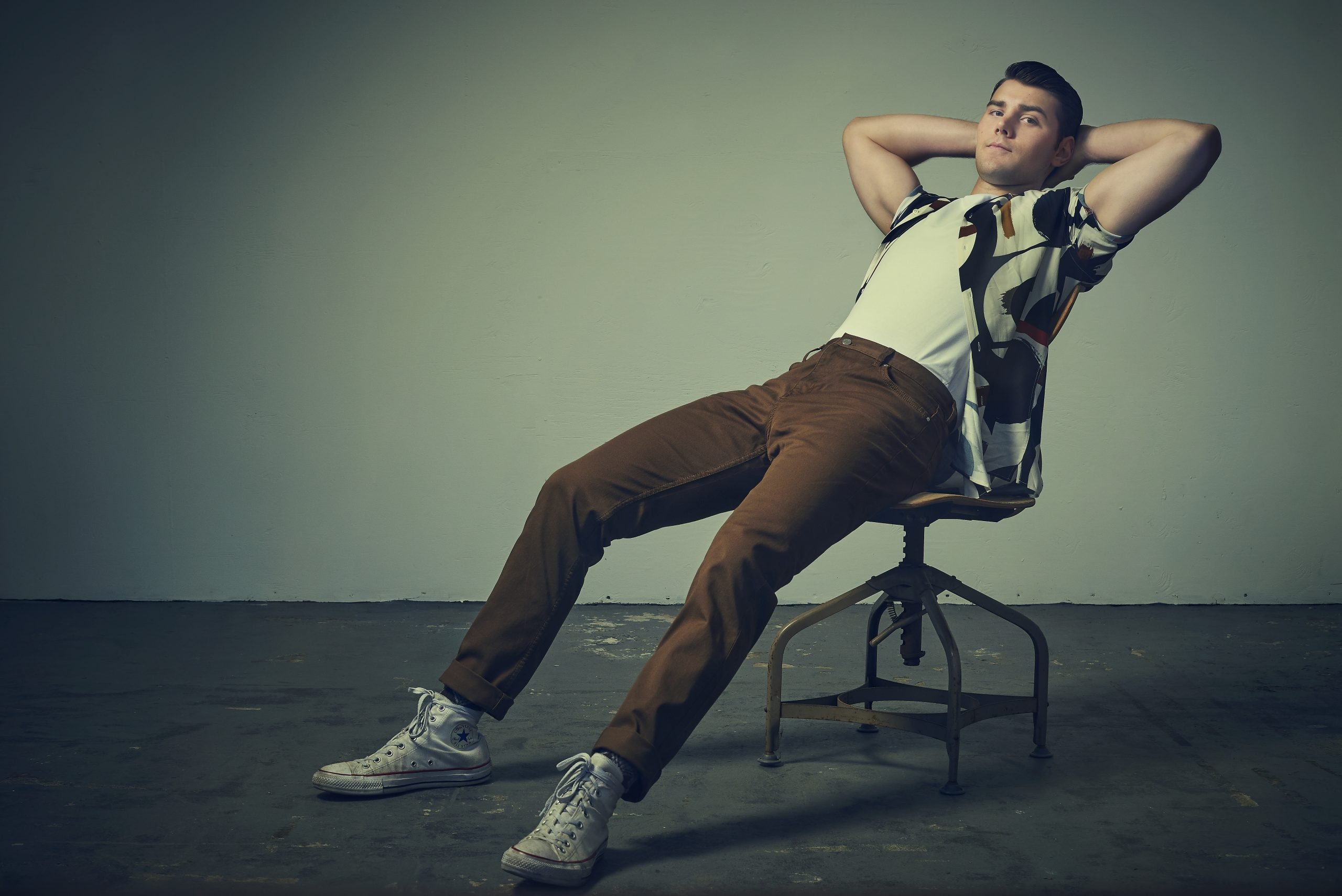 JT Neal stars as Matt in the new FOX comedy Pivoting alongside Ginnifer Goodwin, Eliza Coupe, and Maggie Q. You might have seen Neal in Malibu Rescue, Sierra Burgess Is a Loser, and most recently in Bless This Mess. In Pivoting, the Texas native plays a fitness instructor to Goodwin’s Jodie, but from what we’ve seen, there seems to be a lot more happening outside the gym — with some steam ahead, and we’re not talking about a spa day. The actor’s excitement about the show on socials is palpable and we can say it’s completely warranted as each episode is a laugh and a half. We spoke to Neal about getting involved with Pivoting, filming during a global pandemic, and his future projects.

Tell us about getting involved in Pivoting.

It was very serendipitous actually. When they first began casting the role of Matt, I was still working on Bless This Mess, which made me unavailable. When the pandemic hit in March, it slowed down the casting process a little bit and in that time I got the news that Bless This Mess would be ending. Suddenly, I was available to audition for Pivoting and it was literally the first thing I auditioned for after Bless This Mess ended. It was a little bit of a process getting to the point that I actually got the job but the team at Pivoting was incredibly supportive the whole way through.

Did you have to do any research or training for the fitness scenes?

Luckily I already had several years of fitness experience before we started and I actually even completed a course to get my personal training certification a few years before. I never actually took the test to get it though since I moved to LA and started acting full time, but I guess I was just meant to be a trainer! Even if I’m just playing one on TV.

From 1-10, how excited were you to just have to wear athleisure for your wardrobe?

Absolutely a 10. I remember going to the fittings and looking at my rack of options and it was all just various shades of sweatpants. I was basically in pajamas the whole time. There were a couple outfits where I had to wear compression leggings under my shorts and I didn’t love that as much. They feel like a scuba suit, but it was a small price to pay. Especially when I would see what Ginny would be wearing. Like heeled boots and jeans to work out in the park. My wardrobe was infinitely more comfortable I’m sure.

Do you see yourself in any part of Matt’s personality?

Yeah, definitely. Matt is very encouraging of others and always genuine, which are two qualities I like to think I also possess. I think Matt has a lot of drive and aspirations too and I’m nothing if not driven. I can certainly sympathize with his desire to grow as a person, both in his career and his life.

How has it been working alongside Ginnifer Goodwin?

I really do feel spoiled. Ginny is one of the kindest, most positive people I’ve ever worked with. And she’s just the most generous scene partner. I was a huge fan of hers before Pivoting because she just makes everything she’s in feel just so effortlessly charming — and it turns out it’s just her that’s effortlessly charming! I didn’t get a chance to work with any other cast members this season, unfortunately, but I’ve really been loving getting to see them kill it every week. They all work so well together.

We loved the scene when Matt gives Jodie words of affirmation. What are your go-to affirmations for yourself or friends?

I used to always tell myself “it’s my time” before an audition. It sounds silly, but really what it means is, “I’m prepared for this moment. I’ve worked hard to get to this moment and I’m ready to take the next step.” It always helped calm my nerves before going into a room because it would just remind me that I was ready for the next step. Having that confidence in the room made my performances so much more even, I think. Even if it didn’t, I still felt better before and after.

The pilot was shot at the height of the pandemic under strong restrictions. Was it hard getting into character when working under these restrictions?

I wouldn’t necessarily say it made it harder to get into character but it definitely made it harder to connect with the cast and crew on a personal level. We unfortunately had to keep a pretty significant distance while we were filming so there were some departments I never even got to meet. That was the hardest part. I really try to get to know my crew just as much as my cast and the pandemic made that much more difficult for sure.

During the pandemic, did you learn any new hobbies or fine-tune any skills?

Yes! Knitting! I wish I had started it at the beginning of the pandemic because I could’ve finished so many things. I’m playing catch-up now and trying to finish as many projects as humanly possible. I have to thank my dear friend Nancy Lenehan for teaching me because I’m fully obsessed now. She used to knit during our down time on Bless This Mess, so when I decided I wanted to learn she was the first person I called. She truly is a rock star.

Tell me more about the charity you volunteer for and what it means to you.

I used to volunteer every week with and organization called Share A Meal. They’re a wonderful organization that is passionate about feeding as many people as possible. Volunteers gather at various locations around LA and put together food and supplies for people experiencing homelessness, or really just anyone who’s hungry. It’s really beautiful and important work that they’re doing. Admittedly, I haven’t been able to serve like I was due to the pandemic but it’s still an organization I very much support in any way I can. And they’re always looking for volunteers!

Has the show’s outlook on pivoting for happiness have any impact on your own life?

I haven’t personally had a “pivot” yet, but I did start letting go of the things that were not fulfilling me. I think that’s the core message of the show. Find the things that fulfill you and take the time to foster those things in your life. Don’t be afraid to make big scary changes in the pursuit of happiness!

If your character had to pivot towards a new happier life, what would he be doing?

Well, without spoiling anything, I think I can say that we do start to see the beginnings of Matt’s pivot in the show. You’ll see him doing things to become a better version of himself and he and Jodie start to bring that out of each other. That’s my favorite thing about their budding relationship. It’s rooted in support for one another and they encourage each other to do the things that they’re afraid of. They complete each other really beautifully I think.

What is your hope for Matt’s character in the long run?

I want to see Matt live his dream of owning his own “fitness empire.” And I want to see him do that with Jodie by his side. They make such a good team and I think she is going to be the key to his success in the future.

Can you describe your favorite episode using only emojis?

Do you have any upcoming projects that you can share with us?

Yes! Besides Pivoting every Thursday on FOX, I will be making a quick appearance in the upcoming season of Animal Kingdom, which I’m very excited about. I’m not sure yet when that will air, but it should be sometime this year!