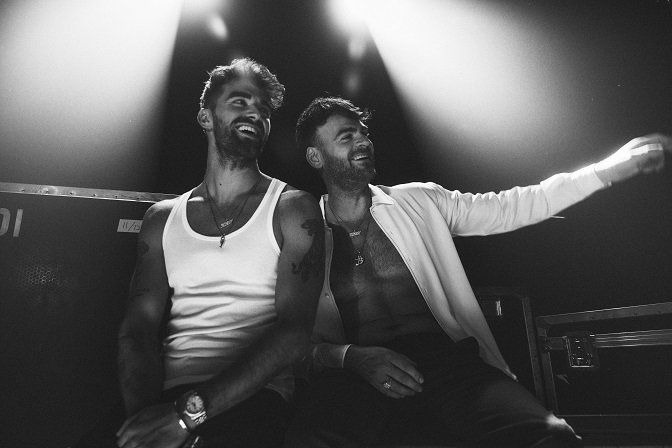 The EDM duo return with their first music since 2019.

Noted EDM powerhouse duo The Chainsmokers kicked off the release cycle for their fourth studio album with the presumed lead single, “High.” On the heels of a dormant pandemic, the single marks the Grammy Award winners’ first release since December 2019, in the form of their feature-laden third album, World War Joy, which topped the US Electronic chart and was certified Gold in the USA, Canada, and Australia.

Built on light and melodic bass with summer-y vibes prevailing, “High” opens on guitar that lays down the tone off the top. With a mid-song beat switch in tow, the track is uber different style wise from anything The Chainsmokers have released to date, which lends to that the group took note that their most recent album continued the downward trend in chart and sales performance since their debut album Memories… Do Not Open, which dropped in 2017. The style change could also be chalked up to natural evolution of the group, seeing as they broke out onto the scene over eight years ago with “#SELFIE.” Lustrous and bright production is comme il fait taking into account the tenure of the duo.

Lyrically, the singer of the duo (which also includes Alex Pall), Drew Taggart, sings of a relationship that has lost its luster, “Why? you only say you love me when you’re high / It’s like we go through the same shit every night / You always swear that it’s gonna change, but it never does.” Taggart uses autotune tastefully and artfully in his performance — he sounds terrific and fresh, matching the production.

The group teased the track on social media earlier in the week. The timing of the release lines up with a yet-to-be-announced album release date in the late spring — just in time for music festival season in the summer. It makes sense that The Chainsmokers would revert to the springtime window for the longform project, as their top performing album, their debut, was released in the month of April. The following two albums were December releases and failed to match up to the standard that Memories… Do Not Open set.

The accompanying music video surpassed 600K views within 12 hours of going live on YouTube. The video depicts ​​Taggart falling from the sky, landing on an airplane in flight, chasing a girl, and then getting detained on the plane with duct tape. He then follows the girl onto cranes in a city, then jumping out of a building following the girl.

Promotionally, The Chainsmokers will perform the song at halftime of the NFL NFC Championship game this Sunday, Jan. 30.