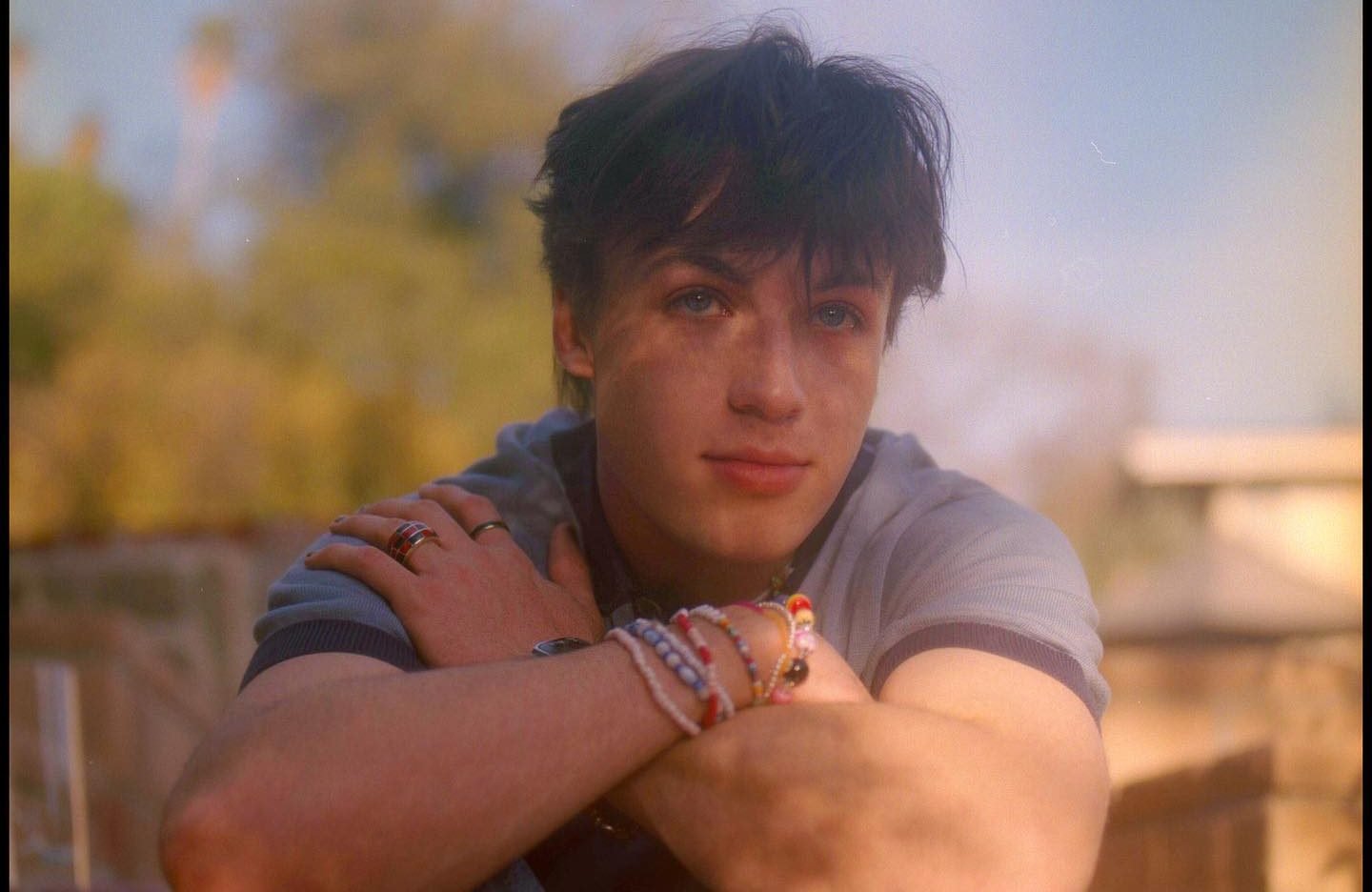 Peter McPoland’s glowing brand of optimism and deeply secure sense of realism make him a sight to behold on social media; amid the trending sounds and story times, he has centered himself (and quite well) as the lovestruck underdog in the music space. Frankly, it feels impossible not to cheer him on.

“String Lights,” the highly anticipated follow-up to TikTok viral single “Shit Show,” places McPoland in the center of a quarter-life crisis as he and his friends reconcile with the inevitability of leaving youth behind them. It is tonally more nihilistic than his aforementioned fall single, but longtime fans will feel right at home with its relaxed sound and somber messaging wrapped in reminiscence.

“And Beau cried on the floor and said I am so scared / Of growing up,” McPoland sings in the song’s first verse, and it becomes clear that his new year’s resolution to release the track (as he told followers on TikTok) was grounded in a bit more catharsis than meets the eye. Though he was ready to share it with the world, the record will always belong to him, and that fact is particularly apparent as he sings in the chorus, “Maybe I know what it’s like / Maybe I cry at night / Maybe it all might make sense / When I’ve learned to mean what l meant.”

It’s McPoland’s ability to make details that, at first glance, appear insignificant into vibrant symbolism that shapes him as a brilliant lyricist. Like an easter egg in a franchise film, McPoland brings new life to the vision of a sunrise and the presence — as the title suggests — of string lights. Not only does it create beautiful mental imagery, but it feels as though the listener lived through the memories with McPoland; like the listener has something to be equally melancholic about eventually losing.

“String Lights,” in all of its heartbreaking and wine-spirited glory, is a well-deserved win for McPoland. The boldly emotional track marks the first from the artist in 2022, and it follows a brilliant year; a label deal, a sold-out, high-energy tour and a single with more than nine million streams are just behind him, leaving innumerable possibilities just beyond McPoland. On that horizon, listeners surely hope, is a full-length project with a slate of the kind of narrative writing that fans have come to love.

In the meantime, McPoland has left us with much to recollect. “String Lights,” brings with it the space and a reminder to look behind us (as we fear, perhaps, what lies just ahead).