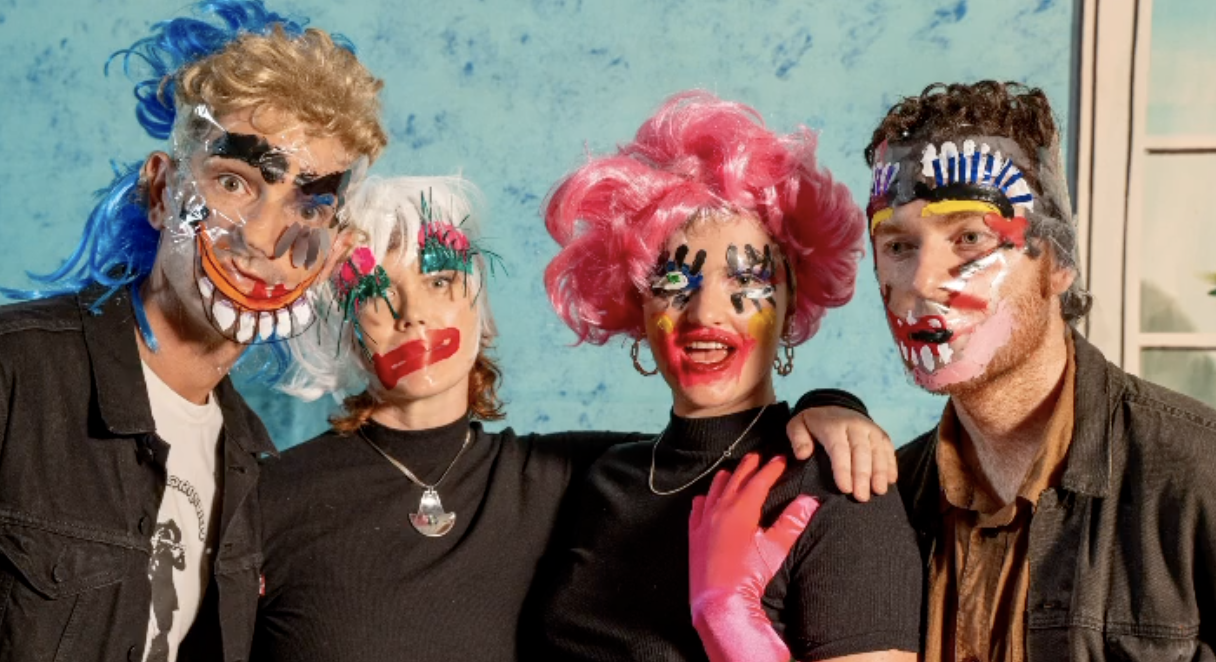 Ever been at a party bored out of your mind but find yourself putting on a smile to keep everyone happy? If this experience could be distilled into a song, Loose Fit have nailed it with their new track, “Social Graces” – filled with frustration, discomfort, and hilarious musings of mundanity.

Hailing from Syndey, Australia, Loose Fit is comprised of Kaylene Milner (drums), Anna Langdon (sax and vocals), Max Edgar (guitar), and Richard Martin (bass). The band share a common disregard for the world around them, and Milner is also behind cult knitwear brand WAH-WAH Australia, with items worn by Courtney Barnett, Jeff Goldblum, and even Kim Gordon.

Loose Fit made its voice heard in 2020 with the release of their self-titled debut EP. Viagra Boys-esque basslines, saxes, and danceable grooves peppered the EP, but with “Social Graces” and the announcement of their debut album of the same name due on April 29, the Aussie four-piece have taken everything up a notch.

The band say in a press release that the new single is inspired by the nervous tension and awkwardness of being around others when people could once again meet each other as COVID restrictions lifted. However, these types of anxiety-inducing experiences are just as common in countless other social situations, giving the track its overarching likeability.

Langdon’s vocals are the most impressive feature of “Social Graces.” Beginning with an incendiary bassline, it’s not long before she blasts into the forefront in tandem with Milner’s thrashes of her snare drum. Lyrically, Langdon hovers around themes of acquisition culture and the mundanity of daily life. But it’s the way that Langdon delivers them, in her Mark E Smith, deadpan, disinterested, eye-rolling tone that binds the themes of the song together so well.

To gain the full experience of the track, you simply have to watch its music video. Directed by Solomon Thomas, it riffs off the song’s themes of discomfort and social anxiety to a tee. Closeup shots of the band’s expressionless faces are captured as they sit in a typically suburban style living area as a backdrop. As the song progresses, the band are transformed one by one into grotesquely masked characters who try and fail to find the social normal — or their “Social Graces” — bringing a brilliant dash of humor to the track and epitomizing the absurdity of awkward social situations.

Easily Loose Fit’s best track yet, this one is sure to be banger come their live shows.