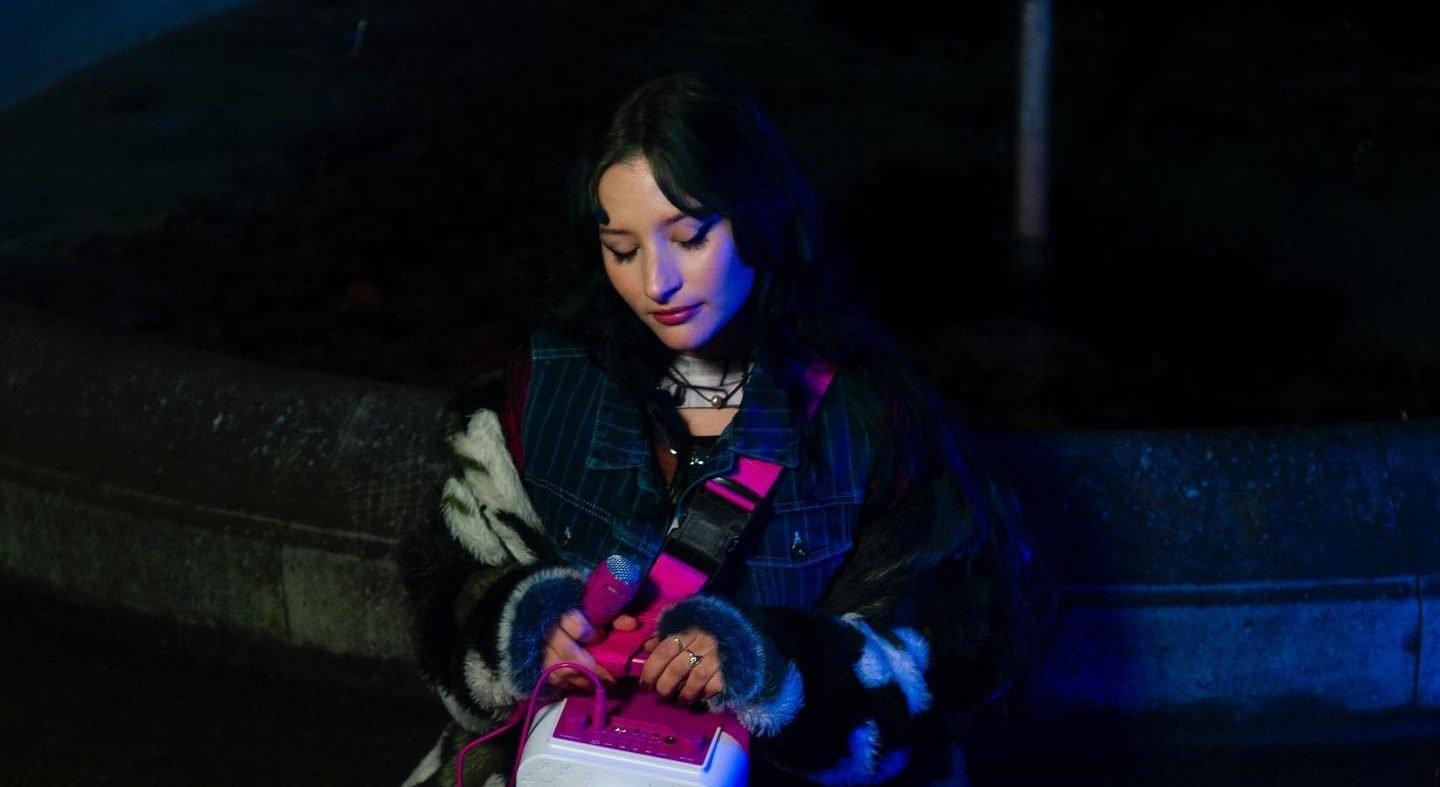 Having just gone through a couple of unexpectedly turbulent years, it is understandable that the zeitgeist has leaned towards the more introspective and self-reflective side, particularly music-wise. As we were all was forced to spend time with our own thoughts, a lot of the musical content that resonated with people ultimately drew inspiration from the less than optimal and rather traumatic collective experience. However, now that we’re slowly coming out of the woods, young people are eager to reclaim what has been lost or as 19-year-old Antiguan-German alt/electro pop star Au/Ra sings in her new anthemic single “plz don’t waste my youth”: “wanna drink pure adrenaline / live in the moment, dance in the ocean.”

“plz don’t waste my youth” is the perfect depiction of the current mentality of the collective. With pulsating synths and an almost punk guitar riff that resembles the sound of electric violins put against the perfect electro pop beat, the track feels like it’s constantly edging the listener which perfectly mirrors the experience of being young and in constant pursuit of the thrill — forever following the serotonin.

Co-written and produced by CJ Baran (Simple Plan, Carly Rae Jepsen, Mika, Melanie Martinez, COIN, Panic! At the Disco), the single feels incredibly timeless, almost as if it was pulled straight from a coming-of-age movie. Au/Ra’s signature calm yet powerful vocals, which are also featured in tracks by Alan Walker and Jax Jones, are unbelievably well controlled and are the main element driving the connection between that nostalgic element and the current pop scene.

To accompany the track, Au/Ra also shared a brand new video with an equally nostalgic feel, which can only be described as the best night out on film. The visuals are tastefully aged and the emotions of every character are palpable as they stroll down the streets of New York living their best lives.

Guaranteed to get you on your feet and ready to dance your life away, “plz don’t waste my youth” is the perfect feel-good song, a reminder of the idea that your youth slips away quickly and we must take risks, make mistakes, discover ourselves, fall in love … in summary make the best of it.