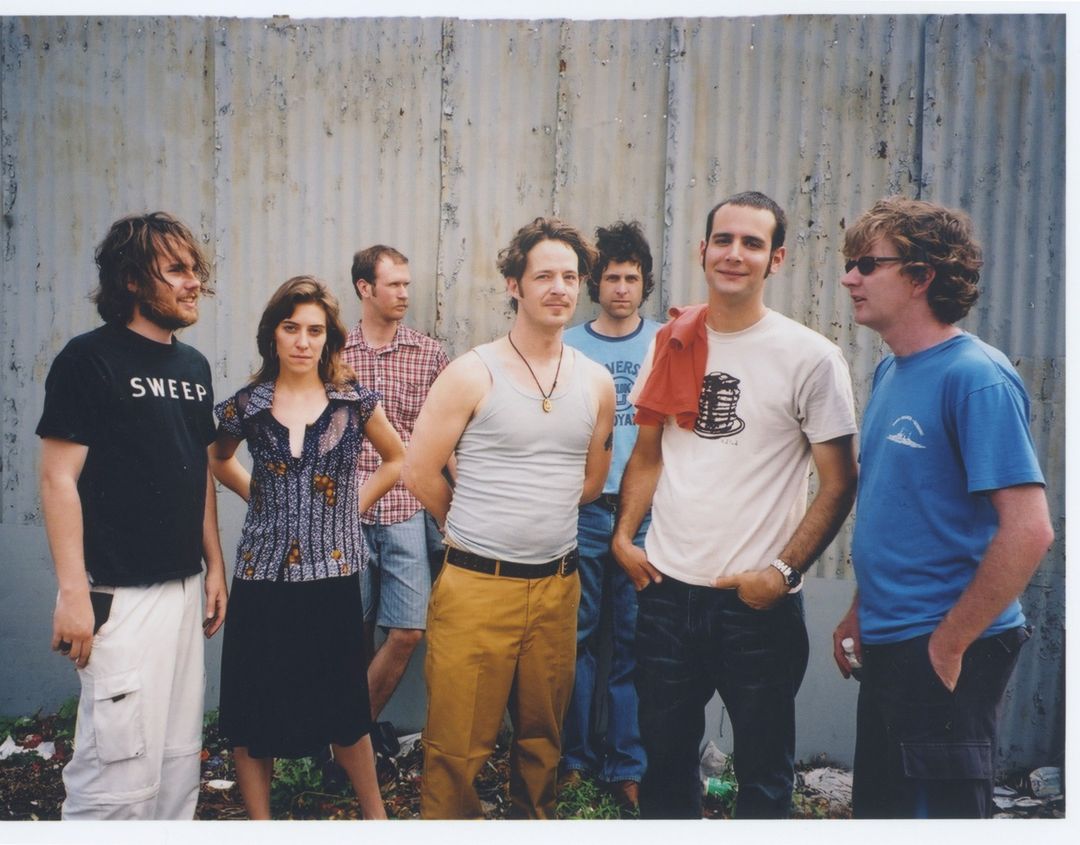 Broken Social Scene was one of the bands that defined the early 2000s indie rock scene. Who didn’t listen to Anthems for a Seventeen Year Old Girl when that shit came out? Along with Death Cab For Cutie, Broken Social Scene was the soundtrack to my emo phase as a 13-year-old just discovering what it was to be lonely. Broken Social Scene is true indie rock. They started as an improvisational band whose members changed with every live performance, and in 2010 they released “Curse Your Fail” as a single that was literally only available on a split 7-inch vinyl. King shit.

Now they have released “Curse Your Fail” along with a collection of B-sides, rarities, and outtakes pulled from 20 years of 7-inches, compilations, soundtracks, and hard-to-find releases, all on their record Old Dead Young. One of the things that has always stood out to me about Broken Social Scene is how different their sound was from the other indie groups of the time. A truly sonically unique melody that eschewed teen angst and combined punk with something bordering classical, combining to make one of the most enjoyable listening experiences possible. Broken Social Scene hasn’t closed their revolving door of members, which sometimes reaches upwards of 19 total.

“Curse Your Fail” features Sebastian Grainger of DFA 1979. Despite having such an expansive group of members, Broken Social Scene remains a democracy, every band member’s contribution counts, and none of them are extraneous. With that in mind, it is truly impressive that their music maintains such a recognizable sound without ever becoming too boring or safe. As soon as I heard they would be releasing this album, I knew I had to check it out. Truthfully, I hadn’t listened to them in years. But the minute I played their song, I remembered why I loved them. I was transported back to the best parts of being a teenager. That in itself is an impressive feat.