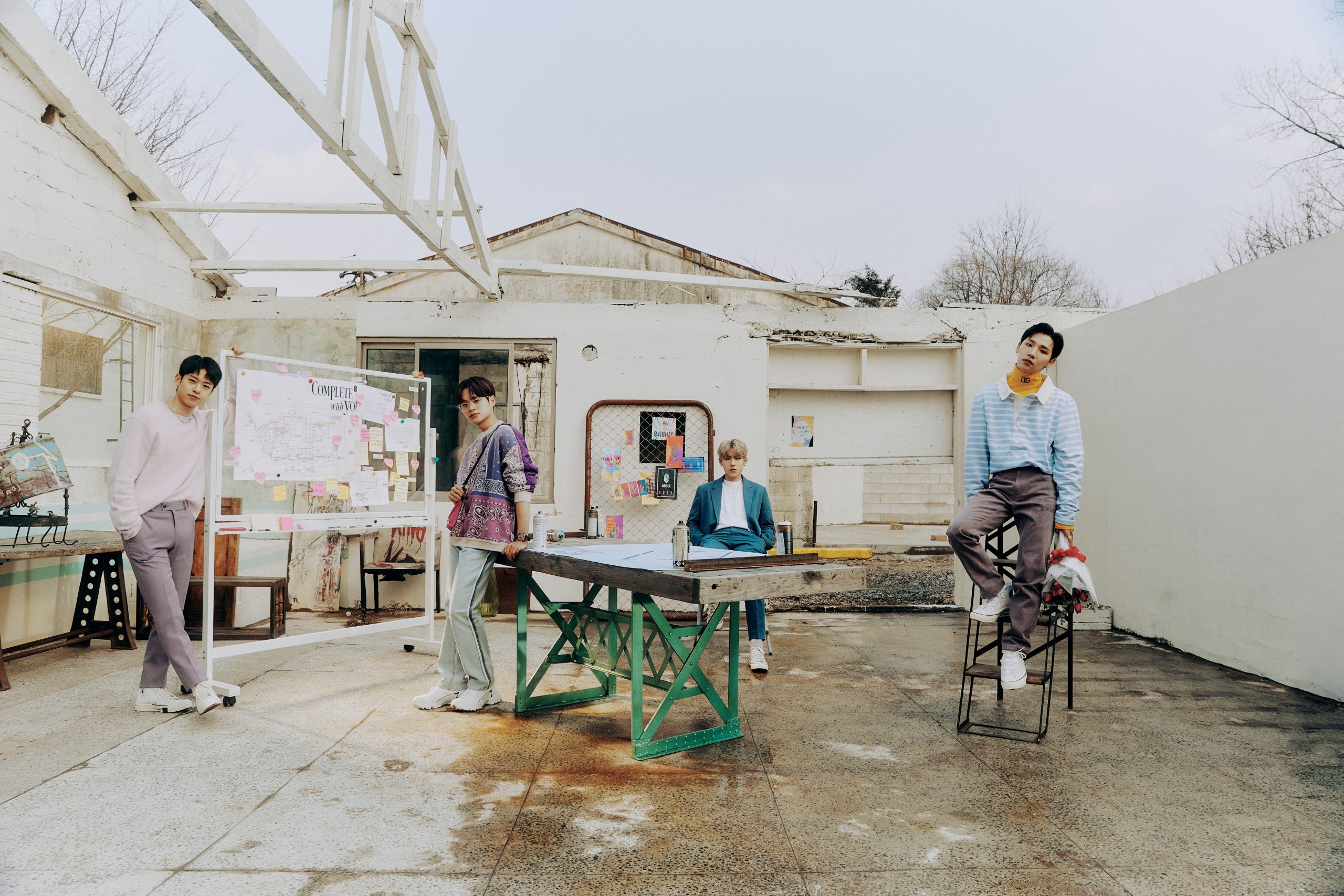 AB6IX — Complete With You

Starting the year strong, K-pop group AB6IX have just dropped their first release of the new year — Complete With You, a five-track special album dedicated to their fans, ABNEW. Each of the group’s four members participated in composing and producing their own songs, making this album especially meaningful for listeners.

AB6IX is made up of members Woong, Donghyun, Woojin, and Daehwi. The group made their debut in 2019 with their B:COMPLETE EP (featuring songs like the widely loved single “Breathe” and more). Nearly three years later, the quartet are still pushing the envelope of what their sound is, never boxing themselves in when it comes to genres or comeback concepts. For AB6IX, the possibilities are endless, and this new album really shows how much they’ve grown as artists both individually and as a group.

When describing their thoughts about Complete With You, member Woong explained in a press release, “We greatly miss our fans during these challenging times brought on by COVID-19. This album embodies our longing and desire to be able to meet them again...” Woojin added, “I’ve felt good about this album primarily because it feels like we’re giving a gift to our fans. My wish is for our music to be able to comfort the listeners.” As a special album, Complete With You certainly has this comforting effect, as the members each dive into different genres, taking turns to express messages to their fans in their own unique ways across the tracks.

The album begins with the playful lead single “1, 2, 3,” penned by Daehwi. “Let’s dance with me tonight (let’s dance),” the group sing in unison to a crush they’re confessing to. “Just us in this place / It’s the first page of the story of you and I.” While the song appears simple on the surface, its lyrics are actually quite clever and heart-warming, even mentioning that it’s already been three years since they’ve liked this person (a nod to the three years they’ve known their fans). All in all, it’s the perfect lead into the members’ solo songs that follow.

The first member solo song is Donghyun’s “Venus.” A complete change of pace from the bright single before it, this song is a smooth recount of an enchanting silhouette named Venus. It’s a different style than we’ve heard from Donghyun before, but the song’s instrumentals add an extra punch to its already entrancing atmosphere and sound. Main rapper Woojin’s solo “Consolation (위로)” is next, and an introspective rap song that talks about the struggles of going through the motions in life. It’s a slow burning, easy, and enjoyable listen that is both encouraging and relatable to listeners who may be in a similar situation.

The album then takes a turn as the album’s fourth track, Woong’s solo, “Crazy Love,” begins. On what could be the main song of a dreamy coming-of-age film, on this track, Woong sings of a love so powerful it makes him dizzy. It’s a true breath of fresh air to the track list and a sweet lead into the album’s final song “In Your Eyes (너의 눈에 내가 보여서),” a solo ballad, written and sung by Daehwi.

Heartfelt and sincere, Daehwi’s “In Your Eyes (너의 눈에 내가 보여서)” is the ultimate reminder to ABNEW that no matter the hard times they go through, the group will be there to give them strength. By the album’s end, any listener can feel that when it comes to AB6IX, they aren’t complete by their music or their members all being together, they’re complete with their fans by their side, sharing the joys of music together.