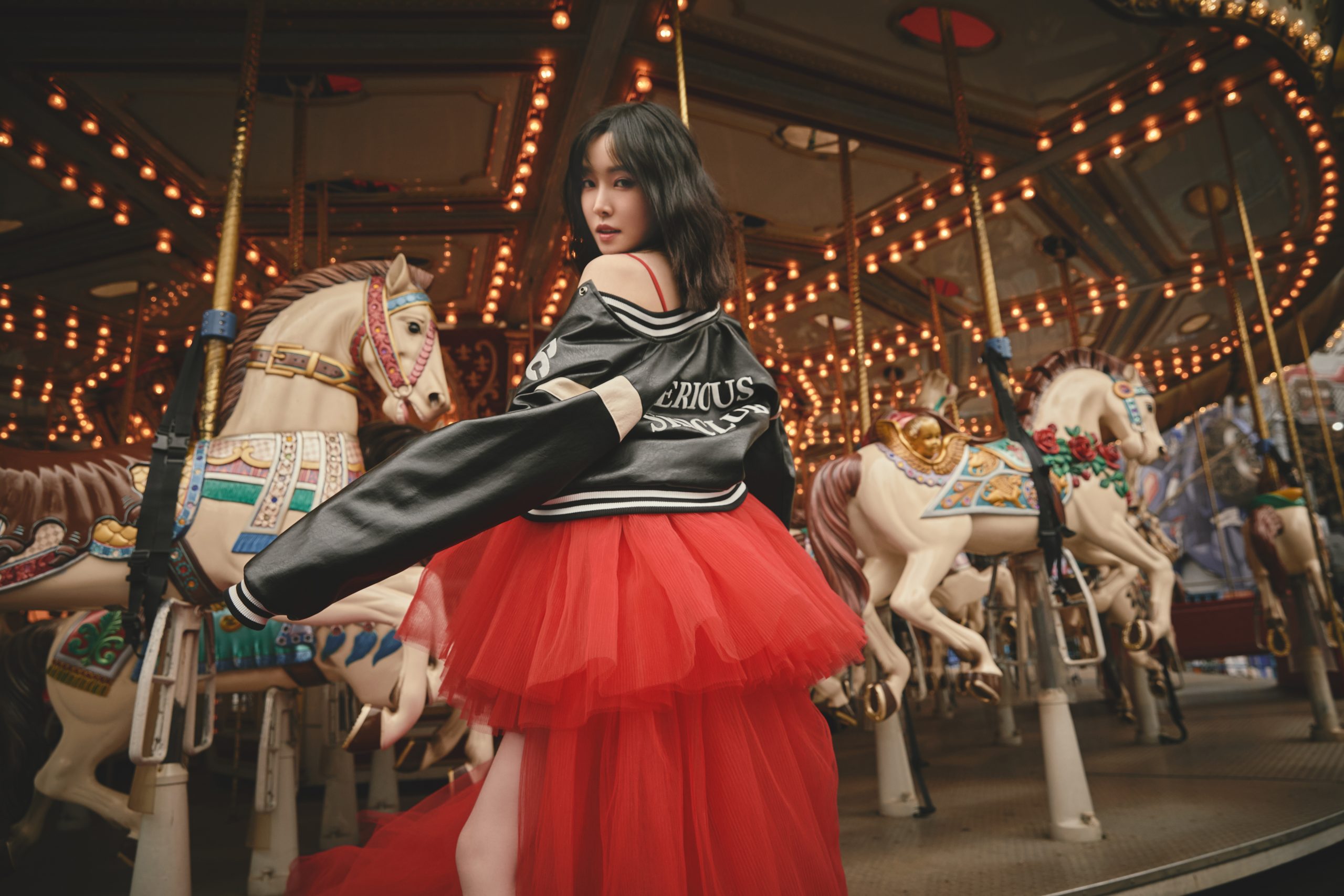 Singer-songwriter Choi Yu-na (better known by her stage name YUJU) is only 24 years old, yet she’s committed the majority of her teen and young adult years to absorbing all of the practice and industry insight she’s had at her fingertips.

After her glimmer of exposure in 2011 through a brief audition, the singer eventually ended up attached to the six-member progressive K-pop group universally known as GFriend, debuting in 2015. Over the course of their six years as GFriend, the group started out selling anywhere from an impressive 20,000 copies to approaching nearly 100,000 in pure (initial) sales alone, which includes their last release. By the time the group’s contract had come to an end, the considerably gifted singer YUJU was eager to begin her own solo path, and after careful deliberation has finally dropped her debut EP Rec. with the hypnotic title track “Play” as its powerhouse anchor.

The mesmerizing track is instrumental in her ability to discover solitude, introducing a seductive narrative spin on heartbreak with more investment in originality than riding the current of mainstream pop. To transition from being a key factor in a group to now taking risks through her art shows that YUJU has everything necessary to secure her longevity as a soloist with a clear musical vision, and because of that, we’re all in.

Now that Rec. is officially out, we chatted with the former GFriend singer about pursuing her courageous new impulses as well as the concept of her fully realized standout music.

We’re excited about your release, and this feels like a nice little eloquent switch-up for you! Can you talk about some of your inspirations or early ideas that you wanted to implement on your debut single “Play”?

The initial idea was to use the gayageum sound. I then got the inspiration for the song through conversations with people, songwriters, and the producers as well as the typical music that I enjoy. I would say that I’m most proud of the gayageum sound and how the lyrics came out almost poetic.

The song also has a smooth and really striking instrumental component you mentioned, and it builds to such a lovely chorus! How did you react to hearing the complete production of the song, and did that give you a clear vision of what you were aiming to do, vocally?

When I spoke with the producers about what I wanted to do, they came back quickly with a version, and they were able to capture it right away. It was better than I had imagined, so it really felt very fresh and new.

As we mentioned earlier, this is your grand solo debut, but you’ve also managed to accomplish a lot in your time as a group too! What has been the most fulfilling moment you’ve experienced so far on this new solo path?

For my debut mini-album Rec., I was most personally satisfied with the moments when my team and I came up with ideas for the album together, and the whole production process.

You’ve been credited as a lyricist and composer on previous work, so I would imagine you had a chance to bring some of those skills into your first EP, Rec. What’s one new song you’re particularly pleased with, in terms of creative involvement?

Everything is very meaningful, but in the case of my song “Cold Winter,” it’s perhaps more meaningful to me because it’s a song that I actually created three years ago.

I love that the lead single “Play” is also very unique and not something that people are hearing right now! Outside of “Play,” what’s another new song that has the ability to surprise people?

The first intro song, “Bad Blood,” is especially short but has quite a strong impact. So I think it’ll feel different for a lot of the listeners.

You’ve really gotten a taste of something more individualistic with Rec., so what has been the biggest change to come out of your new sense of artistic identity?

I think I would say that as a solo artist I can finally express my feelings more freely! I think the areas I wanted to showcase actually came out more naturally.

Now that you’ve been able to explore your own specifically tuned desires and passions, do you have an idea of where you might hope to take things next?

In the future, I would like to communicate with my fans by trying out various styles or genres of music with other great writers and producers!