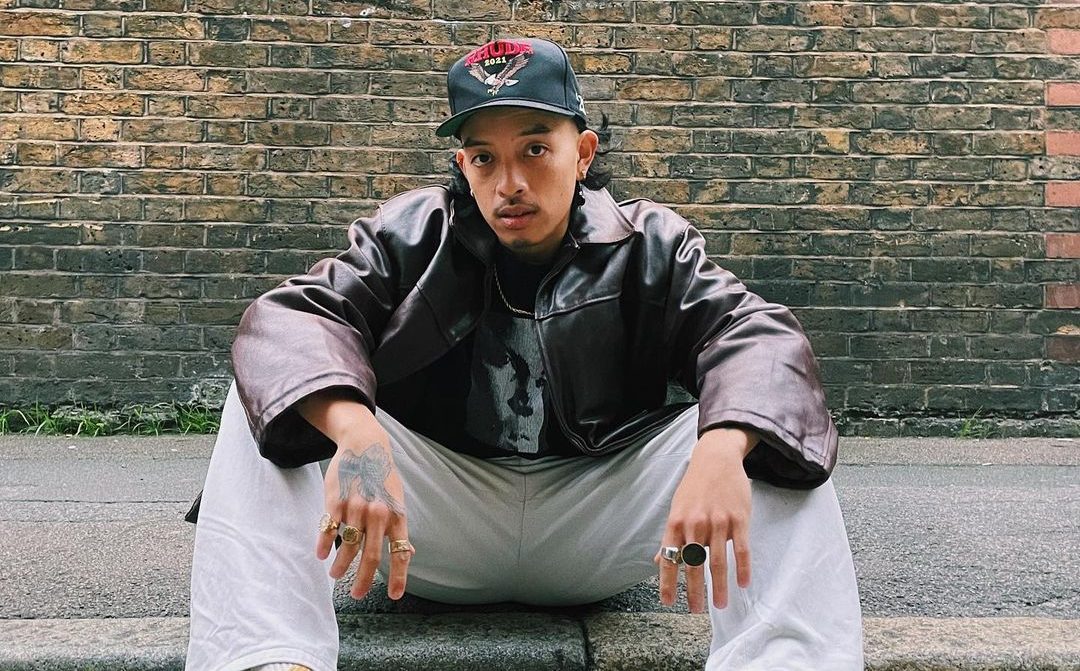 The singer talks opening for Alina Baraz and his new album, 'Constellations.'

If you’ve been searching for a new artist to add to your rotation, your playlist is awaiting a few songs from this Australian singer. RINI credits his passion for music originating from a combination of old school rock with his exposure to ’90s R&B. Personally, I’d describe his music as the soundtrack you’d hear in the background while daydreaming, and he said it best himself — he’s “been into a lot of dreamy shit.”

His soulful, melodic voice traveled from Melbourne, Australia, to the United States where he is currently based in Los Angeles. Via Warner Records, Constellations was released on Oct. 8 with 12 tracks including collaborations with Maeta and Wale. As if releasing the romantic project wasn’t enough for the end of the year, he recently wrapped up his opening act for the first half of Alina Baraz’s Alone With You Tour. Luckily, I had the pleasure to hear Constellations live at their Orlando, FL, tour date in late November. As he performed tracks like “Bedtime Story” and “Over Some Wine,” the crowd couldn’t help but swoon as the venue’s dim lighting complemented his set’s relaxing ambiance.

I caught up with RINI on Zoom to chat about his golden album from last year, collaborating with Wale, and what he’s up to next.

Hi RINI! What music have you been listening to recently?

I’ve been listening to a lot of rock songs, specifically old-school rock songs from Queen. Also Guns N’ Roses, I used to listen to them when I was, like, 12 years old. And that’s what got me into playing guitar. But yeah, I’ve just been going back through all my old stuff; and I’ve found this old flame with this genre of rock and ballads, which I really, really want to recreate for the next, next, next album.

Rock is very timeless, so since you said that you’d like to incorporate that in the future, would you say that you’re open to experimenting with your genre a little bit?

Yes, definitely. I love doing different things every time I put out a new project and say, “I need to completely change the sound but sort of, keep aspects of my own stuff and keep my vibe.”

Although you’re currently based in Los Angeles, how did living and growing up in Melbourne influence your music?

When I first came to Melbourne, I was still listening to old school stuff, but being in high school and meeting all these new people, I was exposed to a whole new different scene of music and started listening to a lot of hip-hop and R&B. I started learning to play guitar like the soulful, R&B way and, I guess it influenced my sound a lot.

So how would you say the music scene differs from Melbourne to Los Angeles? Do you like one more than the other?

How would you describe your current musical style?

Sultry, soulful, dramatic, sexy, magical — I’ve been into a lot of dreamy shit. A lot of dreamy sounds and instruments, and I’ve been digging that a lot, because it takes me to a different space.

I definitely agree with all of those. Before we talk Constellations, what are you looking forward to most about touring with Alina Baraz?

Just playing again. It’s been two and a half years since my last actual show, and I’ve just been holding this urge to play for people. I want to be able to see the people’s reaction live to that album and hear the new songs. Being able to sing these songs is what I’m really looking forward to and of course, it’s a new place. It’s my first time really doing tours in the US, and I don’t know what to expect but I’m super excited.

Do you have a favorite song to perform live?

Constellations takes listeners on an out-of-this-world experience. What do you want them to experience while listening to it?

I want them to be reminded of the first time they fell in love with someone or they met somebody and had butterflies in their stomach. Constellations is basically a whole story about my relationship personally, but a lot of people’s relationships are sort of similar.

Collaborating with Maeta, Earthgang, and Wale — what was that like?

So with Maeta, the track that she was on was “Over Some Wine,” and we’ve been looking for a female feature for that track for a long time. And it was not until a week and a half into the album’s release when her management hit us up, and they were like, “She wants to jump in the song.” She really killed that part, and I feel like her voice was perfect for the song. The original version was actually me viewing the second verse in a different way, but having her there sort of made the song a little bit more conversational. It was like the same thing with Wale. It was recorded during COVID, so I didn’t really get to meet him then, but I met him at the music video shoot, and he was such a cool person. It was crazy, because I used to listen to Wale back in high school and I’m like, “Yo, like, I’m working with this guy right now.” It just blew my mind. And even Earthgang. It’s honestly an honor to be able to work with these people.

On Twitter, you mentioned that Constellations should be listened to in a different order than its original order. Is there a specific reason you didn’t make the tracklist like that originally?

Originally, there was meant to be 14 tracks in there, including an intro and an interlude after “Destination You.” When there’s other people chipping in what they think the album should be, you have to make adjustments to fit the suggestions. I feel like the reason we put it is a way to have the strongest tracks at the very start of the album, so listeners would listen to the album. Those tracks were the ones that I think stand out in the album.