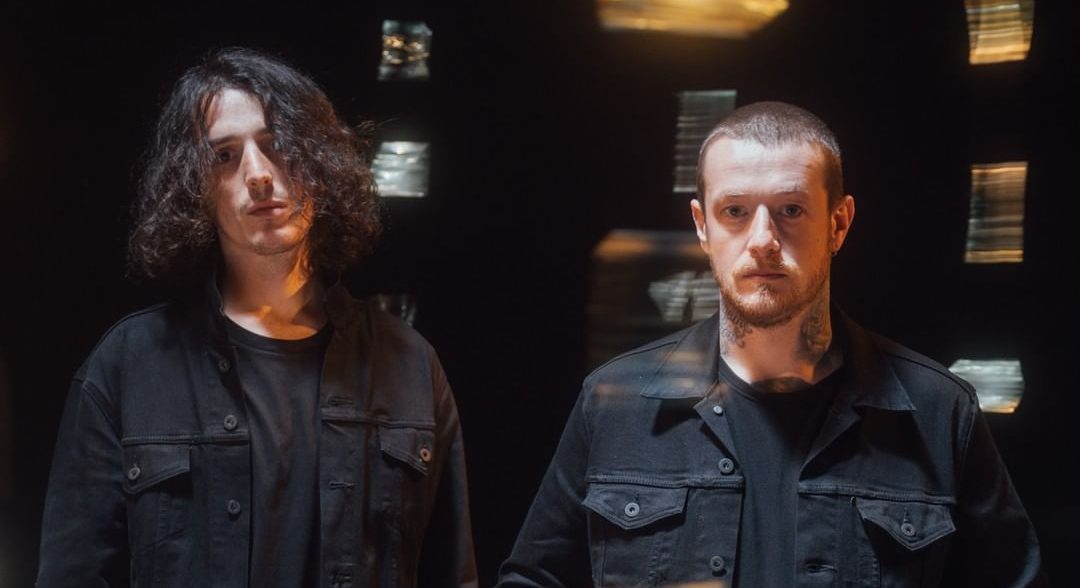 Deaf Havana are back, stronger than ever, and ready to start a brand new chapter. Making a positive change to continue as a duo, James and Matty Veck-Gilodi are more than happy with the new direction of the band and are ready to bring the energy and emotion to the table once again. In celebration of their new single, “Going Clear,” EUPHORIA. spoke to Matty about moving forward, prioritizing mental health, and getting out of your comfort zone.

Having expressed how their previous album, Rituals, pushed the band in a direction they hadn’t ventured to before, he says he thinks “the time spent during lockdown has eventually made us more creative.” Being in lockdown allowed so many people to pick up new hobbies and try things they may never have had the time to do before. “A lot of that time, I’d really fallen out of love with listening to music and so I kind of found my love for writing again by trying to write the songs I wanted to hear but wasn’t finding anywhere else,” he says.

Like the saying goes, you don’t know what you’ve got until it’s gone, “the pause” may have been what Deaf Havana may have needed, to “realize and appreciate just how important making music is to us.”

Honesty and authenticity have always been themes that go hand in hand when it comes to Deaf Havana. Nothing’s changed, as their new track, “Going Clear” proves exactly that. “That song came from a little demo James had from a couple of years ago and I remember at the time thinking it was brilliant,” Matty says as he takes us through the initial stages of their new single.

“Lyrically it’s really about substance abuse and the effect that has on loved ones and family members. Initially, it was a lot more guitar-driven, but when we were working in the studio with our producer Mike Horner we used a lot of synthesizers to open up the sound of the song and I’m super happy with the end result. It still feels fresh to me and I love it,” he says.

With a sound that they are proud of, it’s evident that no Deaf Havana album sounds the same, which definitely keeps things interesting. It’s just now making sure everyone’s on the same page. “I mean, it’s definitely been an issue before — take our previous album Rituals for example,” Matty says. “That was quite a departure from what we’d done before. But there’s only two of us now and we really didn’t put any pressure on ourselves or have any expectations as to how the latest Deaf Havana record should sound. It kind of just came out.”

With that being said, no one can deny the music we consume growing up plays a part in who we grow to become. “It definitely plays a part as we both have our different tastes and influences, but on this record, I really made a point of not listening to any music whilst writing songs to really try and come up with something that felt new and wholly my own,” Matty says. “If I was writing something that reminded me of another song I would only ever reference my memory of that song rather than the song itself and I found that definitely helped us in making the music feel more original.”

Feeling proud with the release of “Going Clear” and the direction of the band, something else to add to the list of things Deaf Havana are proud of is a song called “19dreams.” “It was the first song I’d written in probably a couple of years and it just felt amazing to use making music as a way to kind of process everything I was thinking and feeling about my life at a certain point in time,” Matty shares. “It really opened the door for me to start writing much of what has become our new record.”

While not out of choice, when it came to the new record, unlike their previous record, the band had a lot of time to figure things out. Matty spoke about how they used time as something positive. “It just really gave me a chance to work out what it is that I want to do and how we want to approach being in a band and making music,” he explains. “It’s been such a long journey for us and being in Deaf Havana has been a constant in our lives and so to suddenly have a break from touring, making music, and everything really allowed me to reflect on everything that’s come before and provided the distance to see things from a different perspective.”

“We’re not worried about what people think about our new music anymore because for the first time we just really focus on the act of making music for ourselves – which was really liberating,” he says. “As a result, it was quite a joyful experience and I think (and hope) that comes across when you listen to us now.”

As a band, what was important to them that may not have been before was realizing that they needed to “take everything a lot more seriously.” “it’s never been a strong point of ours,” Matty says. “And making sure we’re completely happy with everything we’re putting out.”

“I haven’t always been great at pushing myself out of my comfort zones — but it’s something I’ve been doing more as I’ve got a bit older,” he says. “With music, I try and listen to things from a bunch of different genres to just try and broaden my horizons a bit, which is something I definitely wouldn’t have done so much a few years ago.”

Mental health and self-care were also something Matty had been working on. “I’ve not had a particularly healthy way of dealing with any issues I’ve had with my health and very much used to just ignore things and try and drink it all away — which obviously only makes everything worse,” he openly expresses. “But recently I’ve been making positive changes and the most helpful thing I’ve done to look after my mental health in the last year is to start running. It’s something I have found to be pretty much invaluable.”

After what felt like forever, being back on stage and making music is what Deaf Havana deserves to be doing. “We can’t wait to reconnect with people we haven’t seen for a few years now,” he says. “And it’ll be awesome to be back playing shows again!”

Throughout the rest of the year, we can expect new singles, a new album called The Present Is a Foreign Land on July 15, and live shows!