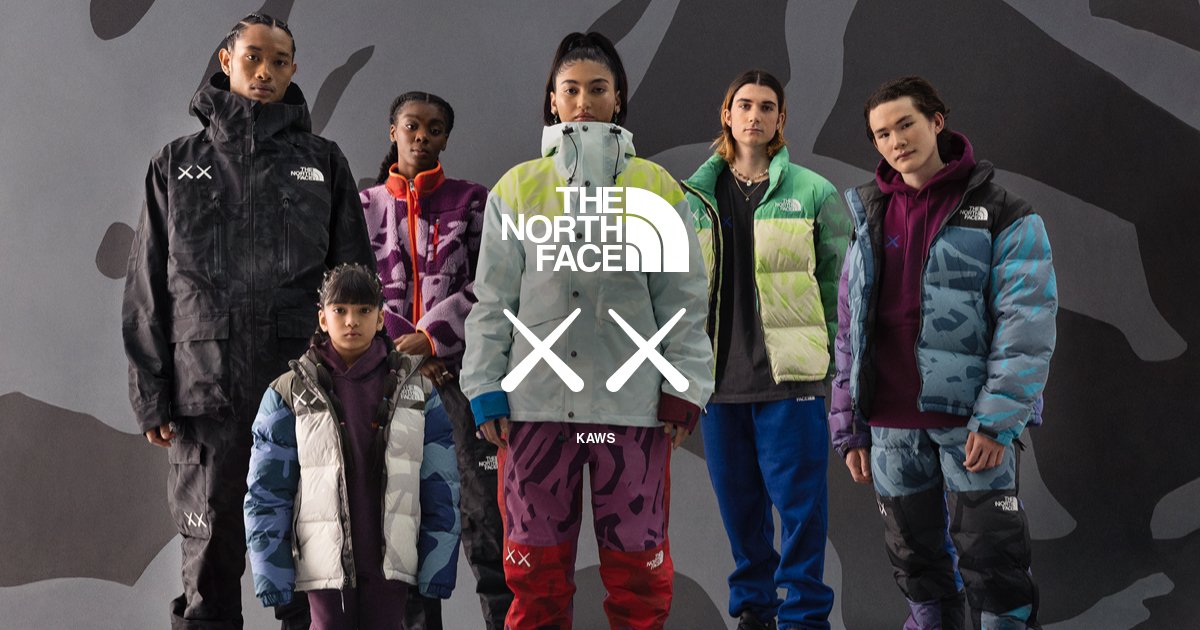 Brooklyn’s Kaws is a well-regarded artist who has produced paintings, sculptures, and even graffiti. His latest artistic endeavor in bringing his personal spin on reality involves a collaboration with California-based clothing company The North Face. The combination of these two factions results in an explosion of color and design as TNF’s high-performance outerwear serves as the canvas for Kaws’s innovative flair for the optically magnetic.

The North Face XX KAWS collaboration is saturated with tantalizing color palettes and abstract designs, giving a whole new visual aesthetic to The North Face’s designs. The cross-brand line leaves its marks on accessories, luggage, and apparel and is designed for those who want to be seen, especially when they decide to hit the slopes.

Kaws has pursued a wide variety of collaborations across his time as a creative with The North Face only serving as the latest feather in his cap of creative tie-ins. Other notable companies and brands that have worked with Kaws include Comme des Garçons, Nike x Sacai, and Reese’s Puffs breakfast cereal.

When asked about his decision to work with The North Face, Kaws admitted in a statement that he always felt The North Face’s silhouettes were worth paying attention to and even shared that he owned several pieces for wearing during the winter months for quite some time. Kaws said he admires the blocking, stitching, and details of The North Face’s coats and believes that their overall design mirrored his personal approach to structuring paintings. He said he believes that the tie-in allows him to treat The North Face’s catalog like his own personal array of canvases, eager and waiting to be graced with KAWS’s unique aesthetic style. Lastly, he admitted that he found the same level of enjoyment in looking over his palette options for colors and materials as he would have had with any new paint set.

The North Face began selling sporting goods and fashion in 1968. Born in 1974, Kaws has been creating as a toy artist, painter, sculptor, and graffiti artist since establishing his iconic tag atop a New Jersey rooftop as a teenager, near his high school of St. Anthony High School. He soon progressed to higher learning and acquired a bachelor’s in fine arts with a focus in illustration in 1996 and then illustrated several animated show backgrounds.