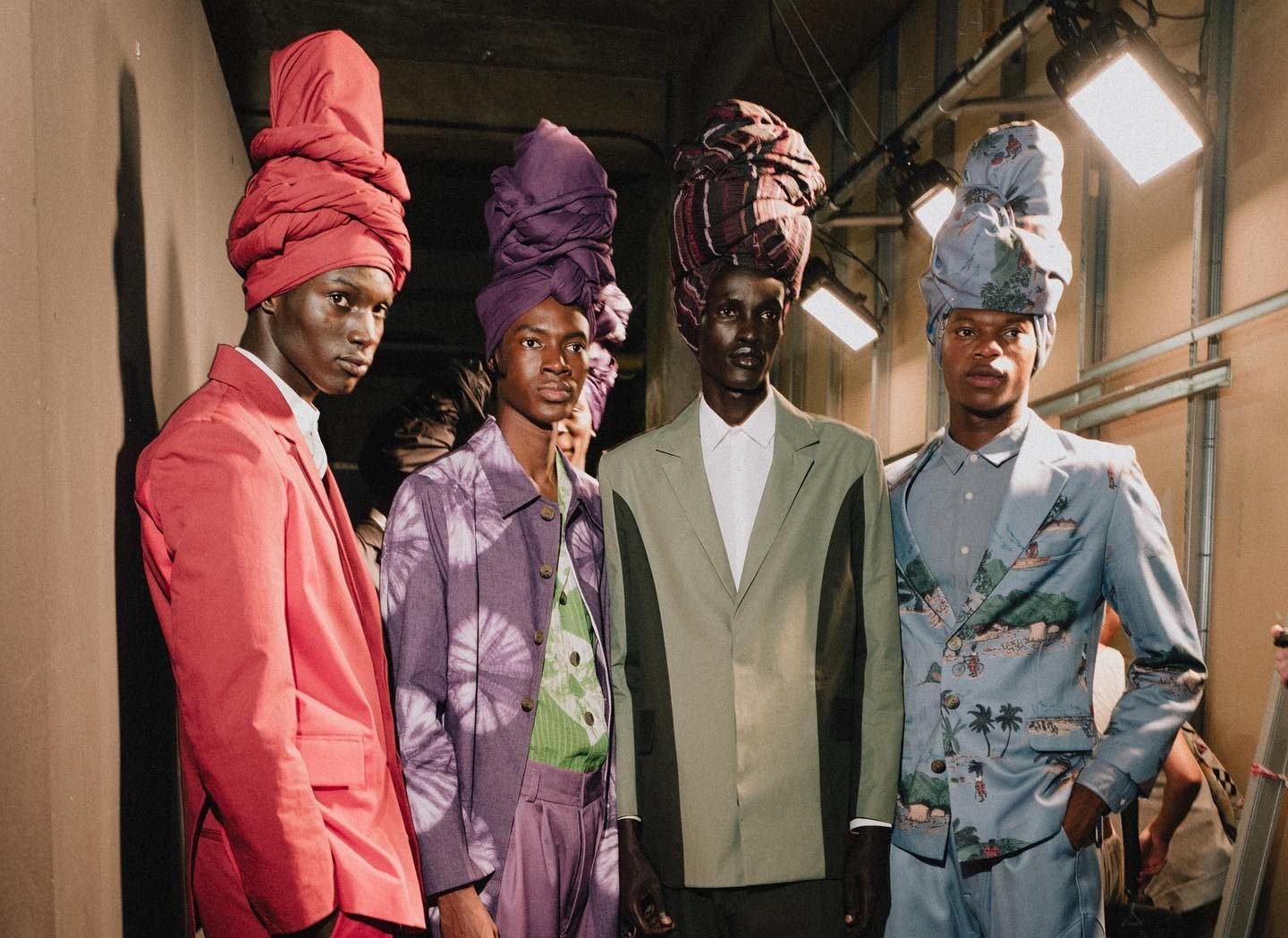 Fashion Brands to Watch in 2022

In 2021, the fashion industry gave us a little bit of everything. Although COVID kept us inside for longer, it didn’t halt the torrent of new designer collections and IRL fashion shows.

Dozens of collabs popped up throughout the year; one of the most notable being the Versace x Fendi show. Meanwhile, some brands were more interested in the digital world. Balenciaga demonstrated their continued investment in video games with their Fortnite collection, while Burberry released an NFT that sold out in seconds (don’t worry, we’re still not 100% sure what they are either).

We also saw some impressive emerging designers, and that is the most exciting development of all. With their raw talent, drive, and ingenuity, these standout labels give us plenty of hope for the fashion industry’s future. So, here are a few of the brands you should keep your eye on in 2022.

An illustrator since childhood, Sohee Park entered the world of fashion design to bring her vivid sketches to life. This desire led the Korean-born creative to London, where her namesake brand Miss Sohee was born. Focusing on extravagant haute couture, Park’s hyperfeminine creations have already been worn by the likes of Cardi B, Gemma Chan, and Ariana Grande.

For her Fall 2021 collection, the couturier revealed her most otherworldly designs yet. An ode to childhood beach holidays in South Korea, the garments alluded to organic forms found from sea to shore. The collection featured exaggerated silhouettes — such as a white seashell-shaped capelet — as well as sparkling embellishments and a sustainable, metallic fabric made from banana trees.

Naturally, Park’s celestial designs have made us curious to see what she’ll create next. And, with an upcoming runway show at February’s Milan Fashion Week, we know the fashion world will be eagerly anticipating that collection.

Last year, Shanghai Fashion Week was a reminder that the world shouldn’t turn a blind eye to China’s fashion industry. Shushu/Tong was one of the standout brands at the event that were bustling with overseas potential. A cross between Simone Rocha’s whimsical silhouettes and Miu Miu’s fondness for playful motifs, the brand is the epitome of defiant femininity.

Their signature style is best represented by their Spring/Summer 2022 collection titled Tennis Sweet. Inspired by the vintage anime Aim For the Ace! — a show where its strong-willed protagonist strives to become a professional tennis player — they sent models down a candy pink tennis court. From cutout bow dresses to structured coats adorned with flower appliqués, the collection juxtaposed dainty femininity with contemporary edge.

While Yutong Jiang and Liushu Lei founded Shushu/Tong in 2015, the brand has only recently gained more attention globally. Having stockists on popular E-shops like SSENSE and Dover Street Market, it only makes sense that their consumer base is set to rise in 2022.

Within the realm of “out-out” clothing, there’s one designer who reigned supreme in 2021: Nensi Dojaka. Known for her cutouts that slice and dice the body into eye-catching shapes, her asymmetric designs are sexy yet subversive. In fact, this distinctive tailoring style was a hit with global consumers throughout 2021.

Whether they’ve been worn by stylish influencers or celebs like Bella Hadid and Dua Lipa, Dojaka’s deconstructed garments have flourished. In particular, her signature asymmetric black minidress was one of last year’s viral fashion pieces. Lyst’s yearly review even reported over 7,000 searches per month for the brand throughout last year.

But will this buzz continue in 2022? We’re convinced it will. As revealed in a Vogue Business interview, the Albanian designer hopes to expand their direct to consumer base this year. To do just that, Dojaka is opting for a “slow and steady” mentality as she works towards longevity and develops a distinct, overarching brand identity. Let’s see what happens.

Although an androgynous approach to fashion isn’t new, there’s one designer playing around with gender in a fresh and compelling manner. Harris Reed first grew in popularity in late 2020 after Harry Styles sported one of his gender fluid designs on Vogue‘s cover. From that moment, the designer’s Victoriana meets glam rock sensibilities were here to stay.

Last year, Reed debuted a runway collection in London’s Serpentine Gallery Pavilion. Showing off his taste for opulent, non-conformist fashion, his garments did not hold back. Lace fabric hung off the sleeves of deconstructed jackets while each individual ensemble was complete with a wide brim hat (a signature Reed look).

Looking back, 2021 was indeed a busy time for the designer. He released a jewelry collection with Missoma, unveiled his new basics line, and created a head turning Met Gala ensemble for supermodel Iman. With all these successes under his belt, we know the year ahead will be a bright one for Reed.

Last but not least, there’s Labrum, a London-based menswear brand founded by Foday Dumbuya in 2015. Combining West African design and British tailoring, Labrum celebrates the beauty of heritage and cultural hybridity. In particular, Dumbuya’s creative vision is shaped by his cultural roots and travels. He often references his upbringing in Sierra Leone and time spent in Cyprus and the UK in his collections.

Last year was huge for the brand due to the success of their SS21 collection dubbed The Sound of Movement. Labrum’s models sashayed down the runway in looks inspired by the impeccable style of African and Caribbean migrants who came to Britain in the 1970s. Dumbuya covered tailored suit sets in kaleidoscopic prints referencing tribal mask motifs or Sierra Leone village life, while his drop-shouldered jackets were reminiscent of the West African Agbada robe.

With their rich cultural narrative and eye for craftsmanship, Labrum is definitely a brand you need to watch. In the past, they’ve already worked on impressive projects like the design of Sierra Leone’s Olympic 2020 kit and a spectacular Converse collaboration. As a result, we’re excited to see what’s in store for them next.