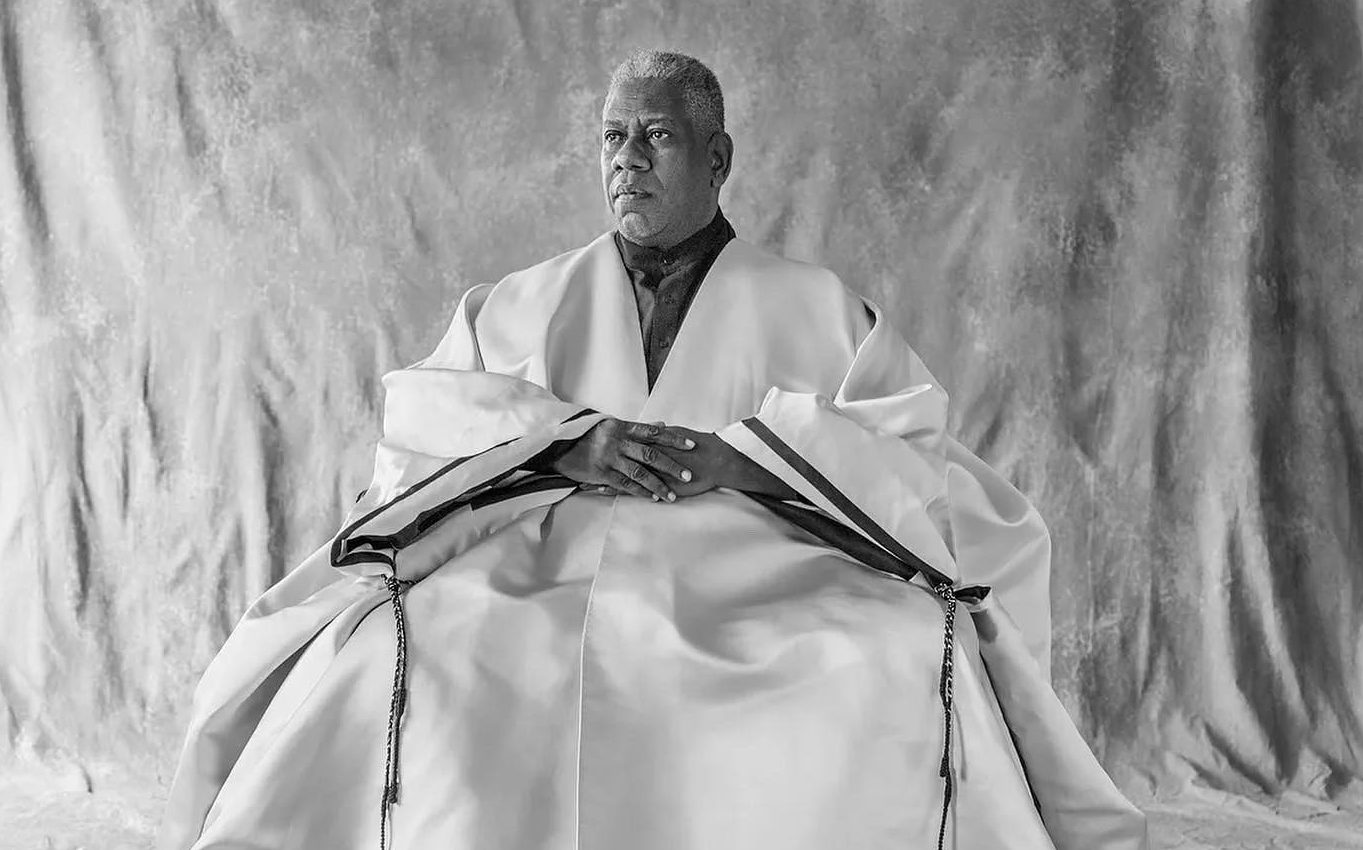 André Leon Talley, Titan of the Fashion Industry, Dies at 73

André Leon Talley, fashion journalist and the first Black man to be Vogue’s creative director, died Tuesday at the age of 73. Armed with a booming voice, an innate sense of style, and a sense of kindness, Talley had an undoubtedly deep impact on the fashion industry and every person working within it.

Talley was born on Oct. 16, 1948, in Washington, D.C., but grew up in North Carolina with his maternal grandmother, who was a cleaning lady at Duke University and had an immense impact on his understanding of fashion and luxury.

He graduated from North Carolina Central University with a Bachelor of Arts in French literature, later winning a scholarship to Brown University for his postgraduate studies, where he received his Master’s Degree in the same area. His Master’s thesis centered on the impact of Black women on French author Charles Baudelaire (a beginning to a lifelong love of French culture).

In almost seems like an unfair mistruth to reduce Talley’s career to words like “legendary” or “the stuff of dreams” — in doing so, we seem to rob Talley of the immeasureable work and strides he had to make in order to be a proud gay Black man in a time where “fashion” was defined by what thin, cisgender white women were adorned with.

After his studies at Brown, Talley used his connections to secure an apprenticeship for Diana Vreeland (a Vogue editor) at the Metropolitan Museum of Art in New York City. She later connected Talley to a job at Andy Warhol’s famed publication, Interview, where he was paid $50 a week. He went on to write and edit for the publications Women’s Wear Daily, W magazine, and The New York Times before his position at Vogue.

His work at Vogue is what he is most known for — he served as fashion news director from 1983 to 1987 and became the first Black man to hold the post of creative director in 1988.

After leaving Vogue in 1995, Talley moved to Paris to work for W magazine and contribute to Vogue as an editor until 1998 when he was asked to take the position of editor-at-large at Vogue. He remained there until 2013.

While there, Talley’s impact was immense, working for the pages of Vogue to be a place for models of color, seen as the patron saint of burgeoning designers for how he launched the career of a young John Galliano, and having always had a particular knack for staying just ahead of the latest trends — a true aesthetic clairvoyant.

Talley’s book, The Chiffon Trenches: A Memoir, which released on May 19, 2020, describes his first-hand account of living in the fashion sphere of NYC in the 1970s, anecdotes about fashion designers, and his experiences with racism in his profession. It quickly became a New York Times bestseller.

In Hilton Als’s 1994 profile of Talley for The New Yorker, titled “The Only One”, he writes of Talley: “He finds moments in other people’s impulses (‘I can tell you were about to have a moment’), work (‘What Mr. Lagerfeld and I were after in those photographs was a moment’), architecture (‘This room could use a certain…moment’)……social gatherings (‘These people are having a moment’). When the dancers entered, one by one, Talley said, ‘This is a major moment, child.’”

Talley was someone who so desperately wanted to be looked at — not to be seen but be seen — and observed in the ephemeral, magnetizing, and all-encompassing way, with the potency and immensity with which he observes the world of fashion. The glittering things on the runway were no longer just glittering things to him, they were the representation of two sides of the “coin” of the business. All at once, the beautiful, shining, and triumphant celebrations of fabric that he grew up dreaming about were now his life. Making it to this point, he was able to experience the beauty of fashion alongside the representation of the “gritty” side of the industry — designers with little to no money working in their studio apartments, desperate to make something great or turn to dust.

He, as many great writers have done, held this great juxtaposition in the back of his mind. No matter what character Talley had decided to play on any given day — clad in a pin-striped suit while making catty remarks to his writing team, or clad in a full-length fur coat for a day in the office — each day working in the world of fashion was a gift and a chance to do something better, or, as he put it, to “feel that they have received some love from engaging with me.”

Before his passing, Talley was awarded the Chevalier des l’ordre des Arts et des Lettres (Knighthood of the Order of the Arts and the Letters) by the Ministry of Culture of his beloved France.