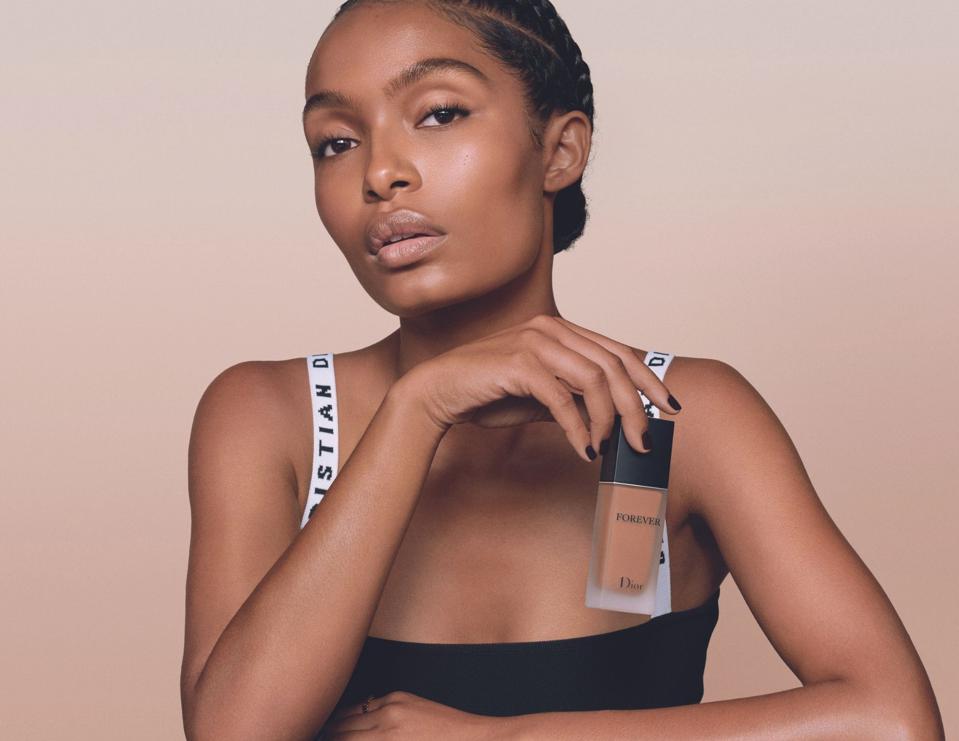 Actress, activist, and recent college graduate Yara Shahidi has made her official Dior campaign debut. Starring in Dior Beauty’s newest campaign for the relaunching of the Dior Forever foundation, Shahidi takes a stunning step into the world of beauty.

The fashion house first announced it was adding Shahidi to the Dior ambassador family in July 2021, appointing her to Global Ambassador For Fashion and Beauty. Shahidi joins a new class of ambassadors announced in 2021, including actress Anya-Taylor Joy and Blackpink’s Jisoo. Of the appointment, Shahidi said in an Instagram caption, “Can you spot the NEWEST @dior GLOBAL ambassador for BOTH beauty AND fashion #letsgetit.”

After this announcement, Shahidi has worn the house spectacularly well. She wore her most stunning Dior look for the 2021 Met Gala, a beaded strapless blue and green dress with an ethereal floor-length veil and headband, which was a nod to American-French entertainer Josephine Baker (one of the few looks of the night that was directly on theme). Shahidi more recently wore Dior for the Emmys, presenting the award for Outstanding Supporting Actor in a Comedy Series to Brett Goldstein from Ted Lasso. She was clad in a custom Dior kelly green tulle top off-the-shoulder gown.

Shahidi stars alongside actress Natalie Portman in the #ForeverSisterhood campaign. Dior first released their Dior Forever high-coverage foundation in 2007, with the relaunch of the product including a longer wear time, a cleaner formula, and twice the amount of floral extracts into the formula. The current shade range includes 42 shades and 24-hour coverage. Creative and Image Director for Dior Makeup Peter Philips, said in a statement, “Today, we are reinventing our iconic Forever foundation with a new formula at the heart of which skincare and florality play an essential role, without compromising its original qualities. On the contrary, this new generation also provides even better performance.”

Shahidi shared the announcement on Instagram, posting a photo of her and Portman in the ad campaign, which was in poster from outside the Louvre. The caption reads: “THE LOUVRE! Moments like this are beyond pure imagination! Currently sitting in awe and gratitude to be surrounded by people that believe in me, pour so much into me, and made THIS happen. Big Love to @fannybourdettedonon (who has been on my moodboards for yeeeeaaaars and is the reason I’m on billboards).”

You can shop the new Next Generation Dior Forever Foundation on Dior’s website and in a store near you.