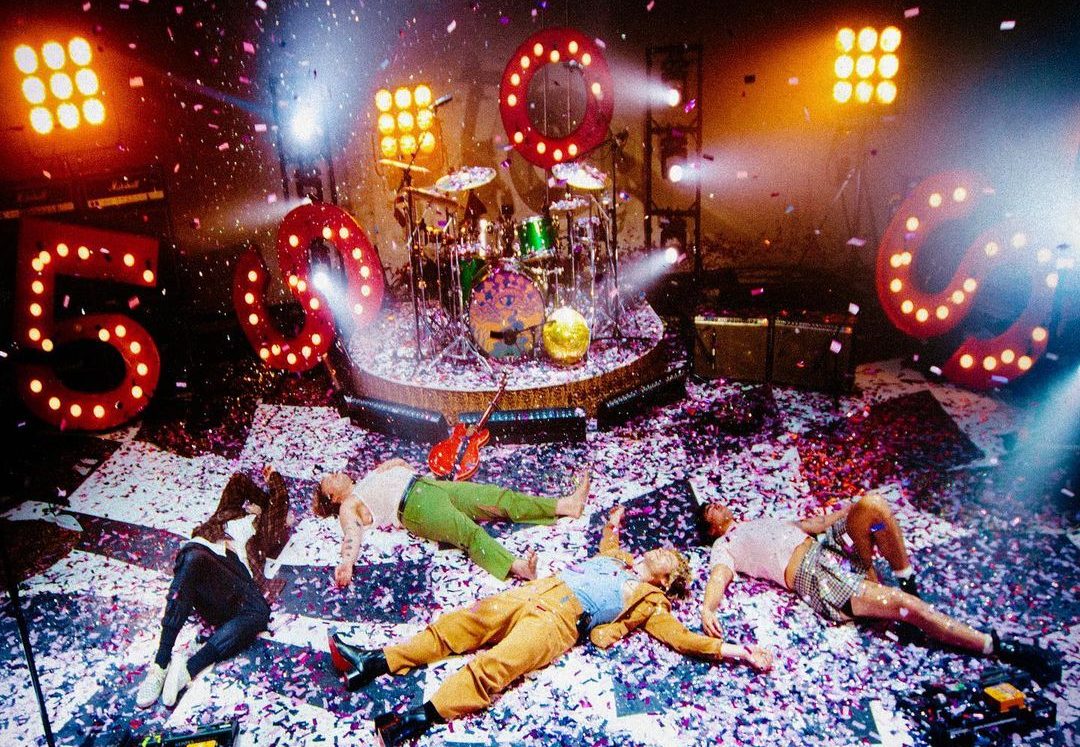 After a decade of creating music and touring the world together, the admirable bond that 5 Seconds of Summer share is nothing less than unwavering. Luke Hemmings, Ashton Irwin, Michael Clifford, and Calum Hood have quite literally grown up in the public eye together. Experiencing this joint rise to fame is something that each band member fondly looks back on. To commemorate their 10-year anniversary as a band, the Aussie four-piece released their latest single titled “2011.”

Flashback to the year 2011 and 5 Seconds of Summer were just beginning to shape their future by posting cover videos to YouTube. The band arrived to the pop scene of the 2010s with their punk sound and image, solidifying their presence in the industry. Fast-forward to the present day and the band has become a global phenomenon. With a catalog of four studio albums and numerous singles, 5SOS have shown that their success is due largely to their genuine friendship. Acting as an ode to the past, “2011” gives recognition to the band’s journey thus far.

Nostalgia is at the center of the new song, echoing back to more undemanding times. “2011” opens straight away with wistful lyrics that center on the theme of reminiscence. Hood sings, “I miss the days when we were young and not too wise / Only doing what felt right, with open hearts and open eyes.” Much like in the band’s early songs, Hood and Clifford’s vocals are in the forefront.

The song’s chorus poses the main questions that ask for a return to simplicity: “Why do we complicate it? / Why do we get so jaded? / Can we just go back, go back to 2011?” Sonically, the track fuses together the band’s early punk-rock roots with their more recent pop sound, culminating into a seamless mixture of both eras. The entire band trades off between singing the outro, “back to the days when the days were better,” adding to the track’s evocative sound.

In a press release, the band collectively described the new track as “a homage to the past, and a nod to what we have in store for the future. We’ve loved every minute of being in this band. Here’s to another ten years of 5 Seconds of Summer.”

As a whole, “2011” is a reflection of the evolution that the band has experienced since their formation. In much of the same way, the song perfectly captures the bridge between adolescence and adulthood that everyone eventually encounters. With 10 years now behind them, 5 Seconds of Summer continue to prove that their chemistry is ultimately at the heart of the band.