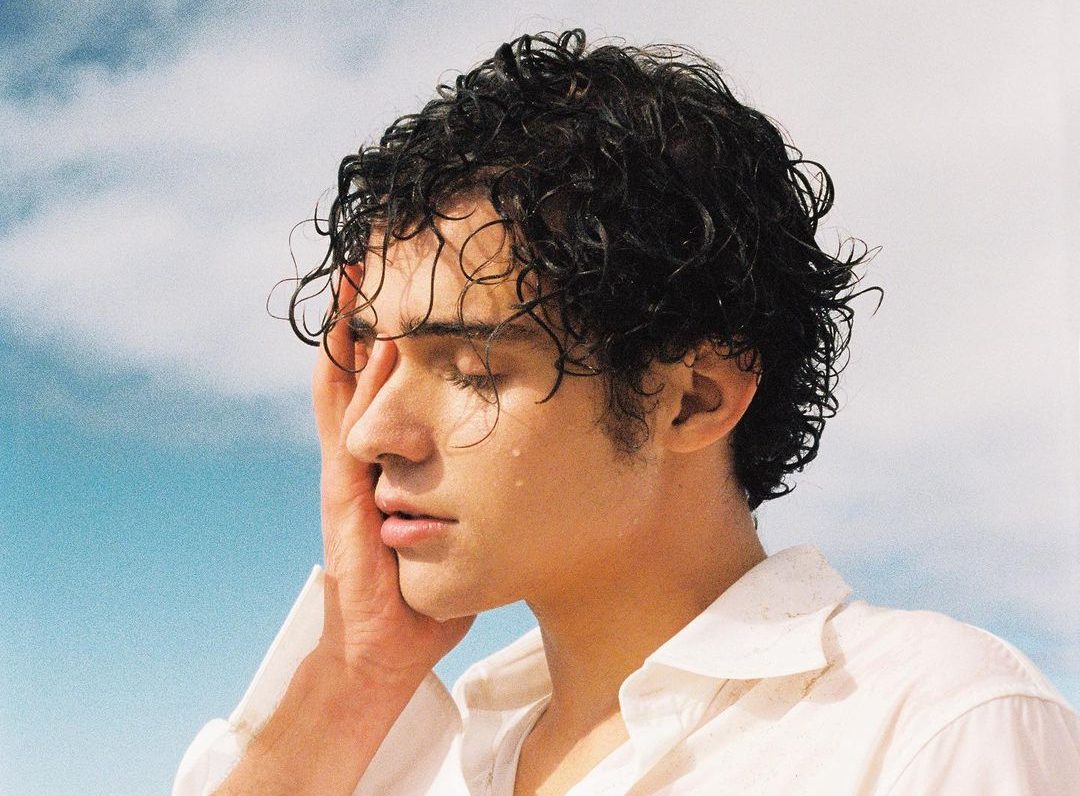 The new EP has Bassett telling his truth through what he knows best – immaculate music.

It’s been quite the year for Joshua Bassett. Aside from being the protagonist in the Disney+ hit series High School Musical: The Musical: The Series, he’s also been quietly working away on his own original music. In the midst of it all, he’s also been incredibly vulnerable — choosing to speak about his sexuality and mental health, even when his earlier experiences with the media could’ve easily made him more cautious instead. With his new EP, Bassett doesn’t shy away from telling his truth through what he knows best — immaculate music.

The triptych EP features three tracks, “Crisis,” “Secret,” and “Set Me Free.” Speaking in a press release on the EP, Bassett said that “while it’s been one of the most challenging periods in my lifetime by far, it has ultimately led to immense growth. I’ve been up, down, and everywhere in between. Each of these songs pinpoint a different moment in time, in my processing.” It’s remarkable and commendable that Bassett’s chosen to answer intense scrutiny with unflinching honesty.

There’s a disarming quality to the opening line of “Crisis,” in which Bassett cynically states, “My label told me not to waste a crisis / and here I am, guitar in my hand in the middle of one.” Stripping it back, Bassett confesses whether or not he even wants to address the situation, but ends up doing so anyways. Conceptually, the song is ingenious — Bassett chooses to fully embrace the unique situation that he’s in. Rather than writing a song about heartbreak that is generalizable, he instead leans into the extraordinary circumstances that he’s found himself in. In doing so, the song poses very valid questions on how we collectively deal with people in the public eye. Where do we draw the line between private and public? Is it just fine for artists to paint others in a particular light and have a global audience judge them for it? Bassett discusses the immense impact it had on him, and his loved ones, when he sings: “My mama callеd ’cause she heard I got dеath threats / Oh, what the hell am I supposed to do with that? / Oh, I wish that I could open my eyes and the nightmare’d be over.”

It begs the question whether artists also have a duty of care towards each other, by reigning in their listeners if they take a song and make it into a personal vendetta. “Don’t you ever wonder if I’m OK after all you’ve put me through? / Half the shit you’re saying’s only half true / Messin’ with my life as a career move / I can’t help but wonder why you won’t make it end?” Bassett wonders out loud in the chorus. So maybe “Crisis” isn’t relatable to the average listener, but it is very much real and authentic, and that’s why the song carries a lot of emotional weight to it. Regardless of the reason, we can all empathize with moments of suffering, agony, betrayal, or hurt. For that reason, it makes complete sense that Bassett has pledged to donate all earnings from the track to mental health organizations.

On “Secret,” Bassett harnesses a jazzy undertone in this uptempo pop track that’s filled with intrigue. Not only does it show off Bassett’s musical versatility, it’s yet another great example of storytelling through song. Building on the same theme of comparing what actually happened to what people are told, Bassett directs his message to the person whose secrets he’s been keeping for better or for worse. “Your secret’s safe with me / And him, and all of our friends you told / Oh, you don’t even know, I know / Don’t worry, ’cause I’m keepin’ my mouth closed.” This track is decidedly more angry than “Crisis” and sees Bassett scold himself for his previous decisions: “I should’ve seen it coming then, mm-mm-mm-mm / My friends all warned me I should run for the hills / But I defended you still.”

The video for “Secret” perfectly complements the track, with Bassett’s suit lining matching the exact shade of orange worn by the woman who is constantly just out of frame or focus with another man. In that sense, he keeps her secret close to him without her even being aware of the fact that he knows all about it already.

On “Set Me Free,” Bassett again shows off yet another facet of his artistry. In this track, it’s not hard to miss the influence of Harry Styles’s first solo track, “Sign of the Times.” Bassett’s falsetto are, however, even stronger — particularly in the harmonies and chorus. The ballad encapsulates how liberating it can be to refuse to play a particular role in someone else’s story. “But I’ve gotta lock the door and throw away the key / And I hope you know that I still care about you, darlin’ / I won’t ever let you hurt me how you hurt me / Again, ever again.”

The song is rife with references to the other two songs that feature on the EP: “I’ve been runnin’ away, I’ve been facin’ my fears / Tell my mama I’m okay while I’m holdin’ back tears / It’s been a fuckin’ year,” Bassett sings in the second verse, directly building on the second verse of “Crisis.” It solidifies the overarching storyline that runs through the collection of songs.

It’s strange to think that Bassett is only 20, and yet he’s managed to acknowledge the duality of taking ownership of your own actions, both in having and being hurt. In “Set Me Free,” he opens with, “And I know you feel used, I know you’ve been hurt / Anything I did to make you feel worse / I’d take it all back if I could.” Yet, he also recognizes that it’s not an excuse for someone to hurt him in return. “You don’t get to take all of me (Set me free) / And I don’t need your apology (Let me be).”

Bassett emphasized in a press release that “releasing these vulnerable snippets of my life is equally terrifying and beautifully liberating.” For that reason, ending the EP with a track like “Set Me Free” seems incredibly apt. Chronicling his own journey in finding peace amidst a challenging year, it’s safe to say that the music will surely inspire others to do the same.