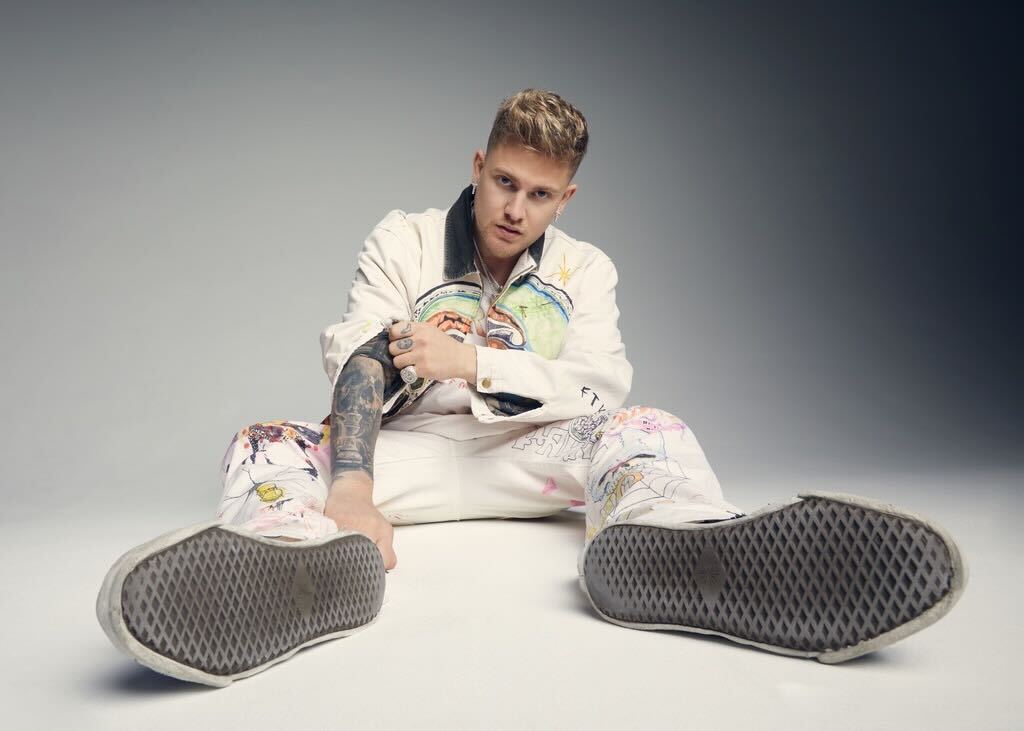 Industry professional Jordan Hollywood is reaping the benefits of his multifaceted work ethic and dedication to his craftsmanship. Acting as a producer, writer, rapper, and CEO, he continues to add to his long résumé of experience. In addition to his production contributions, he has stepped into the spotlight to showcase his sharp bars and natural performance energy. Despite his behind-the-scenes success, Hollywood grapples with the trials and tribulations of working behind the curtain, sharing his thoughts to his cult following on Twitter.

“I’m talking about if it wasn’t for Jordan Hollywood some of the biggest artist in the world wouldn’t have they biggest song… iykyk,” the artist tweeted on Nov. 13 to his fans. He followed up with two more tweets of the same sentiment before ending his rant and heading back to the studio.

We sat down with Hollywood to discuss his frustrations and his plans for the future. In response to his Twitter vent session he states, “I’ve helped so many people and I’ve done some really amazing things in this industry, some pretty impactful things that really shifted the culture. I’ve never gotten credit for it.” The rapper has written for high-profile artists while also assisting with the production on multiple noteworthy projects. “I don’t want to take credit for it unless the person that I helped admits it first,” he continues with a humble disposition.

Hollywood sits in his modern studio dimly lit by fluorescent blue lighting. He wears a simple black tee sporting a sizable circle chain. His aesthetic is that of a mainstream rapper with the unattainable glitz and glamour, yet he is extremely personable and conversational. He’s passionate about what he does and wants the proper recognition but also knows how lucky he is to be where he is. The rapper shares, “I’m blessed to make a lot of money in this industry because I’ve met artists that are way bigger than me that are broke. That’s a sad truth.”

Hailing from South Florida, the energetic creative has worked hard to speak his opinion on the industry. Dropping out of school at 15 to pursue music, he was supported by his mother in his decision decision, and she even converted their three-bedroom house into a studio for the aspiring artist. After putting in countless hours in the studio, making connections, and even being homeless in LA, he signed to Quality Control Music and began signing his own emerging talent.

For his latest release “The Ugly Song,” Hollywood collaborated with veteran record producer Timbaland to give a modern twist to the 2001 Bubba Sparxxx classic “Ugly.” The accompanying music video highlights the artist’s wild and crazy energy with multiple green screen skits. In collaboration with his long-time friend and colleague SkipOnDaBeat, he was ecstatic to work with Timbaland. He describes the process, “He loved it. He was mad excited. He started following me on Instagram. Then I was like, yo let’s take a shot in the dark and just ask him to actually hop on it like with his vocals. He sent it back the next day and that’s when I was like, ‘Oh this is going to get cleared!’” The track is an easy listen with an infectious beat exposing Hollywood’s charismatic personality and savvy songwriting.

Along with navigating his fast-paced career in music, the artist is also a father. Working to leave his son with a respectable legacy, he shares some advice he’s learned about the industry over the years, saying, “I would just tell my son, have fun and enjoy it. Don’t take it too seriously man, until it’s time.” His face lights up as he effortlessly provides advice. He laughs as he blurts out, “And get a fucking lawyer!”

Hollywood has worked with some of the biggest names in the game and showcased his creative magic on multiple hits. His forthcoming album, Only the Paranoid Survive, is an introspective guide to balancing the trials and tribulations that come with success. Putting his versatility on full display, Hollywood isn’t afraid to express his emotions and provide encouragement. He keeps an underdog spirit even with his long repertoire of credentials. He is a hidden gem buried beneath mainstream clout. Now is his time to shine and receive the recognition he deserves.