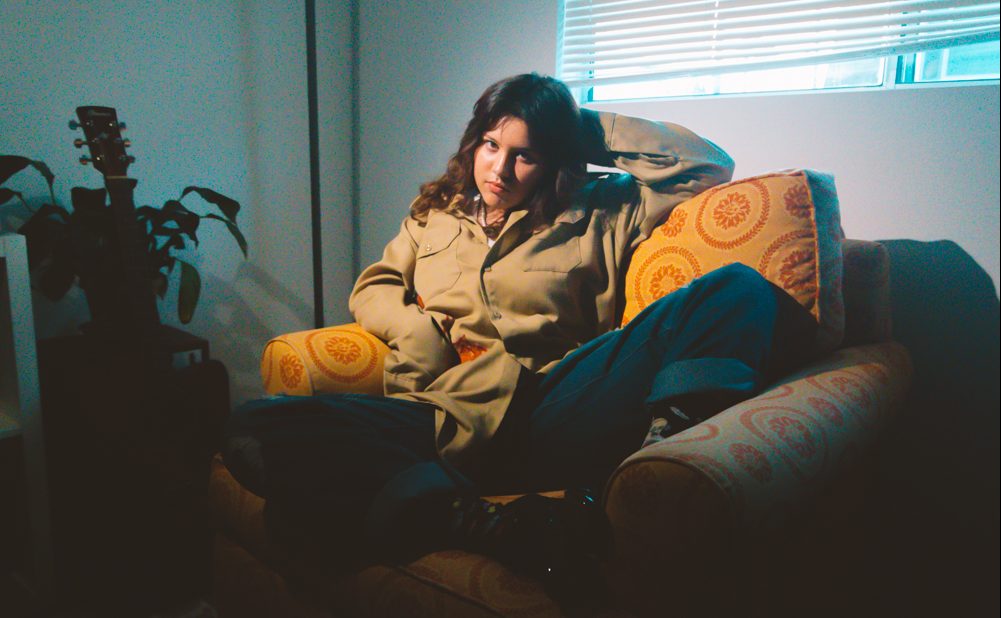 Seventeen-year-old bedroom pop singer morgen has arrived and delivered her debut six-track EP: Unaccompanied Minor. After giving fans a taste of what to expect with her first three singles — “Odd One Out,” “Sweet 16,” and “3D” — the rest of the project is a continuation of the self-therapy session that covers her life from ages 15 to 17.

With the music and lyrical content doing all the talking, morgen’s material will no doubt identify with a whole generation of people who are going through similar hurdles that you have to deal with in life. Despite debuting on the music scene less than 12 months ago, she has already gained praise from the likes of Zane Lowe and Elton John.

“Most artists consider their work to be like a child, or something they gave birth to but Unaccompanied Minor couldn’t be further from that,” she explained in a press release. “Of course, I love this EP, but I don’t feel like I own it. If anything, I owe the EP for every hour I spent crying on my floor writing songs instead of paying to go to therapy. I used Unaccompanied Minor to help me grow through isolation, sexuality, relationships, trauma, and all that teenage bs. It created the person I am today… who is far from perfect but closer to who I want to be.”

During a chat with EUPHORIA., morgen talks about the creative process of the EP, if she ever had plans of pursuing a different career, and what she has planned for 2022.

Your songs are very personal and this EP reflects on the moments in your life from the past two years. Was there a song in particular that was a challenge for you?

“Fine by Me” was definitely a challenge. I could not come up with a concept for the longest time. So one day I sat down and asked myself how I was feeling. It wasn’t so great, but I really didn’t want to think about it so I decided to write about how I wish I was feeling.

How many songs did you write during the two-year period? Was it hard trying to narrow it down to six songs?

So many, dude, so many; I don’t even know a close approximation of how many songs I wrote. It was definitely hard to choose the six songs. It took a long long time to narrow it down.

What are you hoping listeners will take away from the project once they’ve heard it?

I just hope they feel less alone. I would love that.

You started this EP before the pandemic. Did quarantine help the project get done quicker? Did it enable you to get more inspired or did you get writer’s block?

I don’t know if it helped the EP get done faster, but it definitely made it what it is. I didn’t have anything else to do besides finish high school and write music, so honestly, it was kind of nice. I got to focus on music pretty hardcore for a year, which was dope. I did, however, get very lonely, so it wasn’t all good.

Sonically, the EP appears to have been influenced by a variety of genres. What artists were you using as inspiration during the creative process that impacted the project?

Lots of Remi Wolf, Still Woozy, and Oliver Tree, alongside some more jazzy artists like Bruno Major and Eloise.

Your dad is a musician and he introduced you to a lot of legendary music while growing up. It almost seems you were always destined to follow in his footsteps. However, did you ever have a plan B?

Not really. I kind of always knew music was my thing. I guess if somehow in an alternate universe I had to choose something else I’d probably be a teacher.

The industry is so fast-paced, and being that you’re a songwriter, have you already started working on what’s next? If so, what topics are you writing about?

In your press release, it states you believe there’s nothing “sweet” about being a teenager. What are you hoping life as an adult will be like?

Well, it’s probably not gonna get any sweeter, but I hope to have figured out how to deal with it better so it’s more of a salty savory type of deal.

Do you have a specific career goal you want to achieve in the upcoming years?

I want to start touring ASAP and hopefully grow my fanbase a lil bit. That would be so dope.

NEW MUSIC! I’m so excited to release the stuff I’m working on right now. Also, some live shows for sure!