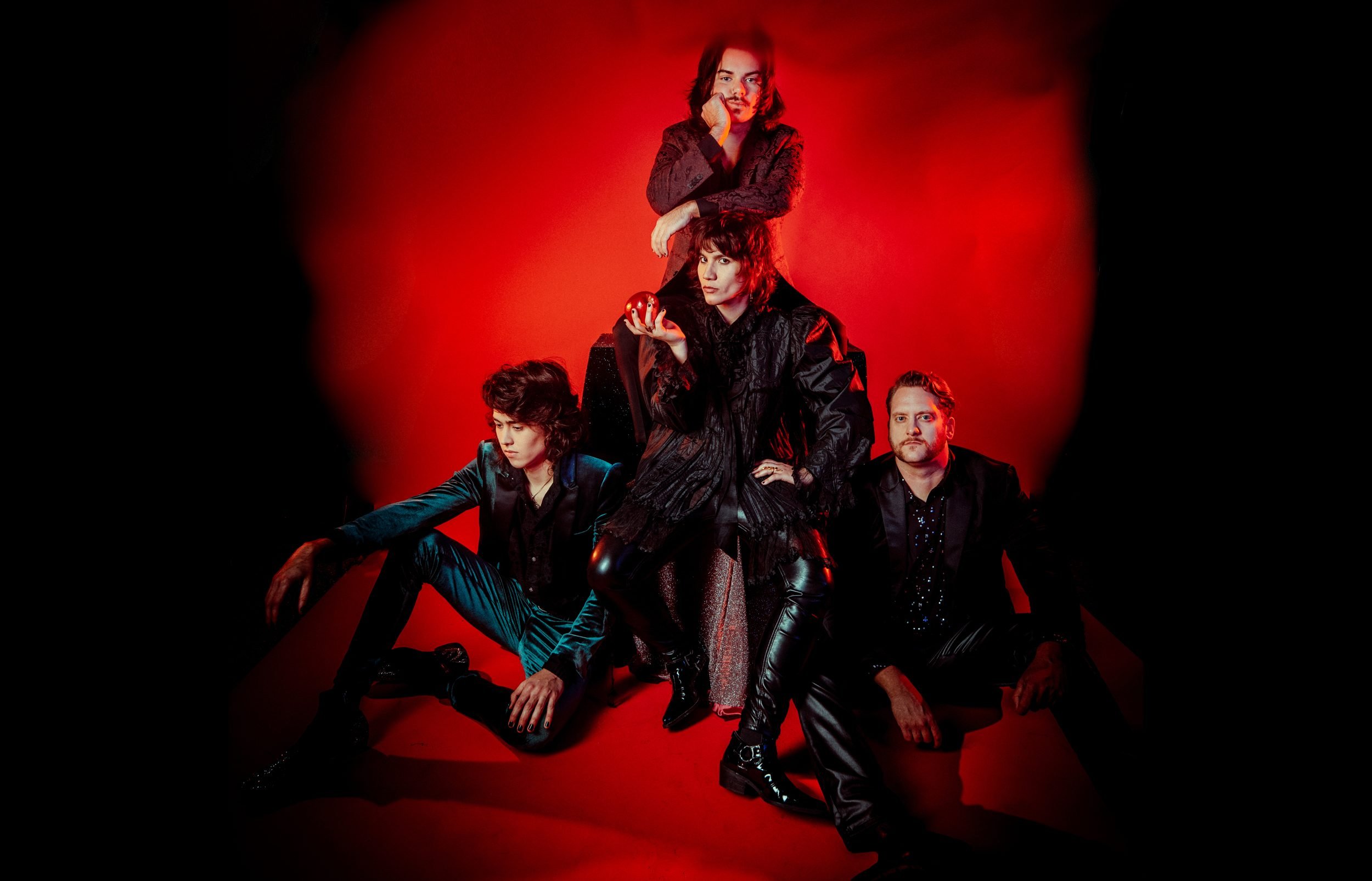 Roxx Revolt & The Velvets mean business. Not content with the faceless, nameless pop of the charts, the glam-punk band have followed in the footsteps of the great rock gods of the ’70s when creating their vintage- and riff-infused sound.

With “Supersonica Girl,” the band exploded onto the scene — a video that features the band in a roller skating bar causing havoc and making noise. Creating ripples whose effects have been well and truly heard by the entirety of the music industry, the band — made up of Roxx Revolt, Dan Heath, Jake Shockley, and Christopher Campo — promptly secured a much-coveted spot at Camden Rocks, London’s premiere rock ‘n’ roll festival.

We caught up with these rockers on the rise to find out more.

Hi Roxx! Congratulations on “Supersonica Girl”! Can you tell us what inspired you to write the song?

It’s a song about having fun and being carefree. Not caring about what other people think and just being yourself unapologetically. It’s a song that makes you wanna move and have a good time!

How has your teamwork as a band developed over the years? What first drew you to playing together?

We’ve always been a tight-knit group, and especially in the last couple years, having to essentially be locked in a room with each other, we’ve become more of a unit than ever. We’ve learned each other’s strengths and weaknesses well and know how to play to them in every situation that comes our way. A passion for music is always what brought and consistently brings us together.

You have such a strong aesthetic as a band! Was that something that came naturally or did you have to develop your style together to arrive at the fabulous looks we see today?

A little bit of both really. We’re all decently stylish people when we want to be (some more than others!) and all have different style influences that we try to kind of blend together to get our look as a group. And it’s constantly changing and developing as we change and grow.

Are you looking forward to Camden Rocks? How has it felt to play to an audience again after so long?

We’re super excited for Camden Rocks! Hopefully we’ll get to see and meet some new and interesting bands. We’ve never been outside the US so they’ll probably all be new and interesting to us. It feels amazing to finally be back in front of people sharing our music. Making the music is only half the excitement, actually being able to share it with people and even better, getting a response to it — that’s what makes us all get out of bed in the morning!

Can you sum up your debut album in three words? What can we look forward to?!

Aggressive. Passionate. Shameless. The album’s about not being afraid to be who you are and saying fuck you to anyone who tries to tell you you can’t be.

What’s next for Roxx Revolt & The Velvets?

Lots of new content on the horizon so keep an eye out. New music, music videos, touring, a little bit of something for everyone…