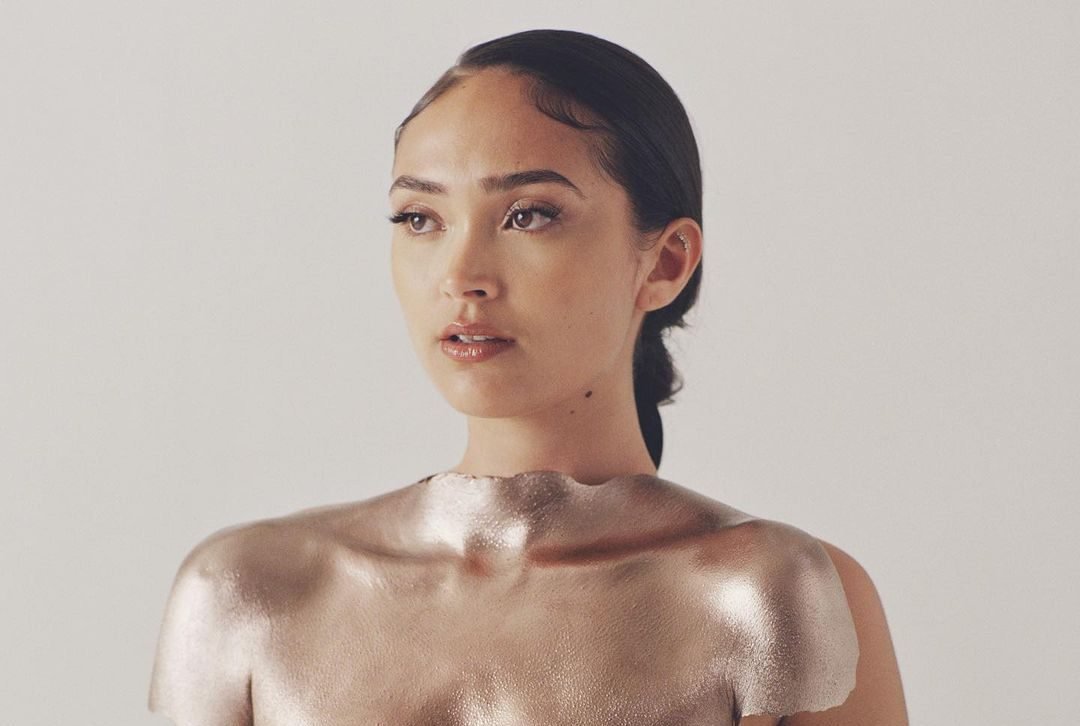 Joy Crookes’s debut album Skin explores her personal experiences and emotions through her transition into adulthood. The 13-track record dives into the euphoria, nostalgia, heartache, and every other emotion experienced in the midst of her coming of age. Skin was released to the world on Oct. 15, and in my recent conversation with Crookes, I asked her to sum up her feelings about the reaction to the debut in one word; she chose “shocking.”

“When I first listened to the whole album all the way through for the first time, I cried. It was such an emotional experience to hear everything all together,” Crookes says. “I love to write for the sake of writing, and the most exciting part of putting out this album is closing this chapter and looking ahead to jump into the next project.”

“I Don’t Mind” is the first track off the album Skin, where Crookes sings about a relationship that she wanted to end because she didn’t see it going anywhere. Lyrics like, “You wanted my body, not my mind” and “I am not your lover, I’m just for Friday nights,” clearly define the nature of the relationship and the direction Crookes wanted it to go. She takes a powerful stance to set the boundaries in the relationship and poetically croons, “Your welcome has been overstayed / You need to know my hands are never tied / Only in the bedroom light, fucking eye-to-eye.” On Genius, Crookes explained, “I’ve spoken to a lot of brown women who’ve said it was empowering to hear someone talk about their body and sex like that. In order to write and release a song like that, there does have to be an element of not caring what you think. Some people will think I’m a hoe or this, that and the other. But it’s my body. I’m going to do whatever I want with it.”

Crookes’s love of her hometown and her roots come through beautifully in both her lyrics and her music videos. The song “19th Floor” is named after her grandmother’s apartment on the 19th floor in South London and pays tribute to the immigrant experience. On Genius, Crookes talked about how the song serves as “a comment on immigrants, a comment on gentrification, and it’s a metaphor for all the things my grandma and my mum had to go through to give me the life that I have getting this opportunity to be a musician.”

In the “When You Were Mine,” music video, she takes listeners back through the bright and vibrant streets of Brixton, while reminiscing on her first love, who ended up being with a man after they broke up. Crookes skillfully utilizes her lyrical storytelling and the accompanying instrumentals to paint a vivid image of these memories that shaped the woman she’s become.

She also doesn’t shy away from politics and takes a firm stance through her music. Crookes credits her Irish and Bangladeshi heritage for playing an integral role in using her art to send a message. “The Bangladeshi and Irish people both have a history rooted in protest,” she says. “That history is the foundation for Irish and Bangladeshi literature and music, and influenced the stance I take with my music and lyrics.”

“Feet Don’t Fail Me Now,” the first single from Skin, tackles politics head on. The song, inspired by the 2020 political movements, is written from the perspective of a person who chooses to remain complacent and the consequences of that complacency. The accompanying music video for the song is just as political, with Crookes reclaiming her culture and roots wearing traditional Bangladeshi clothes and jewelry. In an interview with i-D, Crookes discussed “wear[ing] a white sari [as South Asian widows do] and changing a few narratives: Why are my aunties still having to define themselves by their dead husbands? When I’m doing a wheelie on a motorbike, in a white sari, amongst all these Bangladeshi men, I’m owning my narrative. No one can tell me anything.”

Since its release, Skin has become a top 5 debut album in the UK, with Crookes setting out on her UK and European tour on Nov. 6. She gushes about her excitement to finally get to perform her songs to an audience, especially in London. She is most excited to perform “Theek Ache,” (which translates to “It’s Okay” in Bangla). The last song on her album chronicles nights out when she’s “Stumbling ’round town / Mattress surfing / bound to no bed.”

Skin is a powerful and stunning body of work, demonstrating that Crookes is unafraid to exist as a woman of color and speak her truth, especially in an industry dominated by the white, male perspective. The most important thing she wants young women coming into music to know is for them to listen from within. “Women have the strongest intuition, and it’s especially important to rely on that when navigating the industry and advocating for yourself,” she shares.