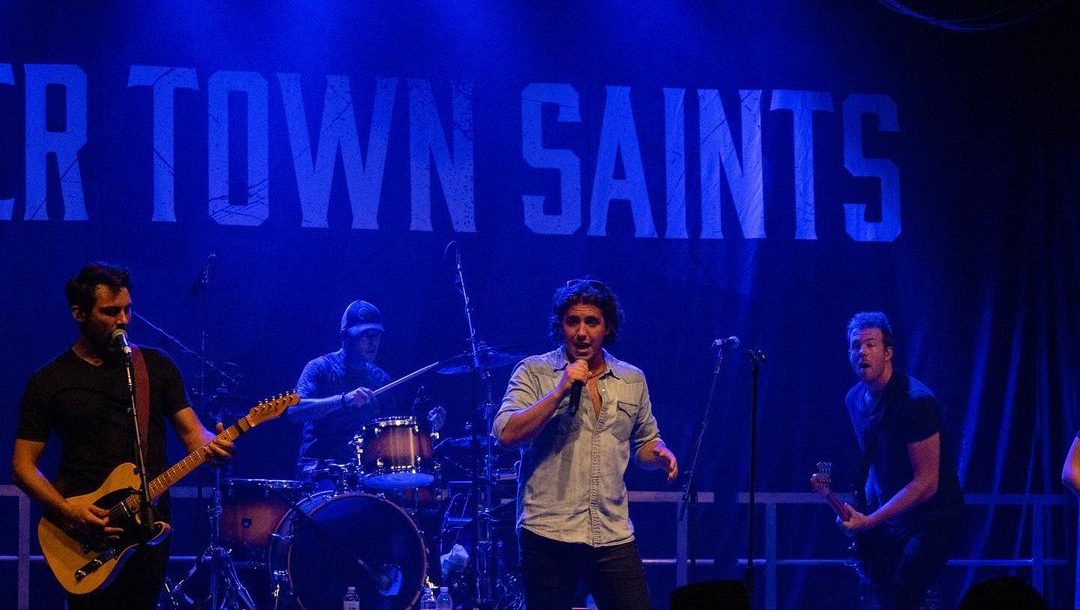 The Canadian country rockers drop their first proper single of the year.

Ottawa-area-bred country rockers River Town Saints dropped their first proper single of the calendar year Friday: “What Ya Doin’ Tonight.” On the heels of a single mix release of the title track off their 2020 EP, Long Time Coming, the Canadian country scene stalwarts look locked and loaded to kick off the release cycle for their long-awaited follow-up album to 2017’s well-received self-titled debut. The album recently eclipsed the 7 million stream mark on Spotify.

Along with passing the vibe check with flying colors, “What Ya Doin’ Tonight” has the feel of a perfect candidate for the pole position track on a potential future long-form release from the group. Soulful as it is energetic, the track brings the listener through a night of chilling with a romantic prospect, driving around town, enjoying good company.

“One hand on the wheel, one arm around you / you’re giving me all the feels, and you’re feeling it too,” sings frontman Chase Kasner of the progression of the night. Lyrically, the track is forward and culminates in a nostalgic crescendo, as we here in Canada transition from warm summer nights into the sweaters and jackets that partner well with the autumn season.

Jaunty guitar coupled with varied verse lengths keep the track fresh and bring about daydreams of summer nights buzzing around town with the windows down, spending quality time with your love interest.

Promotionally, the group announced on Instagram that a music video for the track would follow shortly, sharing a behind-the-scenes photo of the video shoot, which took place in a barn — seeing as the band is based in Arnprior, Ontario, old barns are pretty easy to come by, making the locations coordinator for the video’s job fairly easy.

Having a few summer shows under their belt, expect River Town Saints to make a big push in the coming months to maintain their resident status on country radio charts.