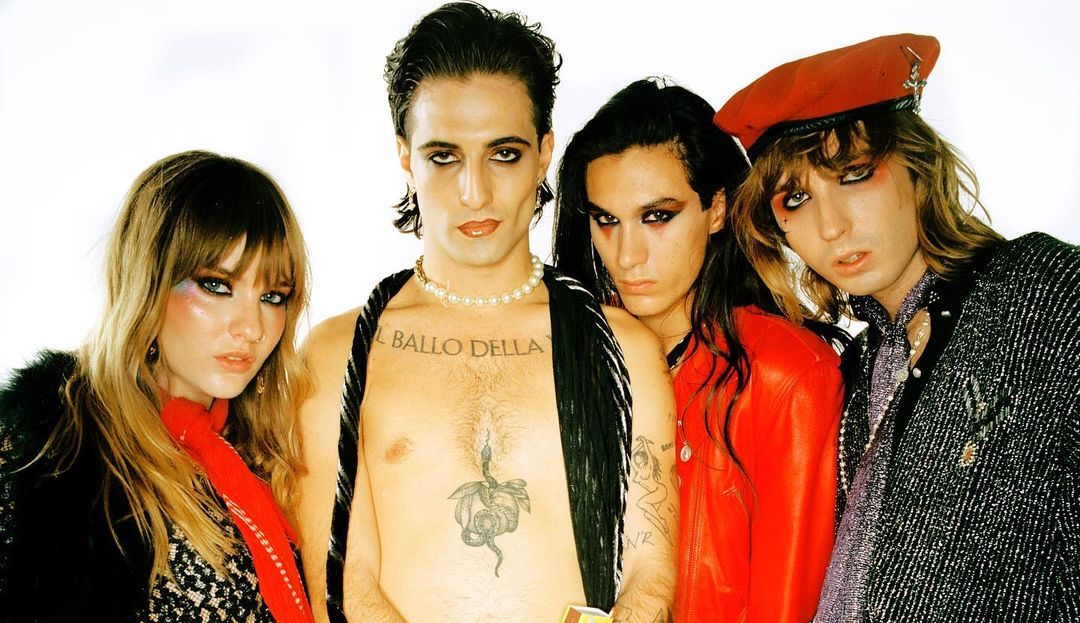 It’s no secret that Italian band Måneskin have been rapidly taking over the world after their 2021 Eurovision Song Contest win with their hit song “Zitti e Buoni.” Now, after their cover of “Beggin” hit the Billboard Hot 100 top 20, the rockers have released their first new single: “MAMMAMIA.”

Although the title of the song is a clear reference to their Italian roots, the band has chosen to ride the recent wave of success with their English songs. Driven by a punchy bass line and strong drums, lead singer Damiano David sings about how the band was perceived right after that euphoric win back in May: “Call the police, I’ll do it, they’ve stolen all my fun / I’m breaking free, but I’m stuck in the police car … They treat me like if I did something criminal / All eyes on me, I feel like I’m a superstar  / I’m not a freak, I just thought it was carnival.”

“MAMMAMIA” was indeed the first song that David wrote together with bandmates Victoria de Angelis, Ethan Torchio, and Thomas Raggi after Eurovision. While they were proud and happy to have won, what instead seemed to dominate headlines was whether or not the band had been doing drugs. After vehement denials from the band and even a drug test, the band was indeed cleared of the allegations. The entire ordeal ended up serving as inspiration. David told NME: “After Eurovision, we had a lot of attention on us. A lot of the time, we did something that we thought was great but people criticised it. I wanted to translate that into the lyrics, because it happens a lot – maybe you’re doing something that you feel is great, but people don’t understand it and make bad judgements and bad comments about it. I wanted to make fun of that situation.” It’s most bluntly reflected in the second verse of “MAMMAMIA” when he sings, “They wanna arrest me, but I was just having fun / I swear that I’m not drunk and I’m not taking drugs / They ask me why I’m so hot, ’cause I’m Italiano.”

The chorus of the track is a little more raunchy, and is reminiscent of the group’s other foray into original English material: “I wanna be your slave.” In fact, the entire song seems to fit the exact same style, as if it’s but a natural extension of the same soundscape crafted by the Italians. While we’d love to hear some new Italian material from the band as well, it’s clear that the band is having fun as they pave their own way, no matter what other people might have to say about it.

Having brought back quality rock music to the forefront of people’s minds in a forum so dominated by pop music, Måneskin deserve to have their own original rock songs take over global charts, and they’re well on their way to accomplishing that with new hit “MAMMAMIA.” There’s a certain uninhibited and brazen nature to it, focused on tackling stigmatization through irony. And well, what could possibly be more rock than that?