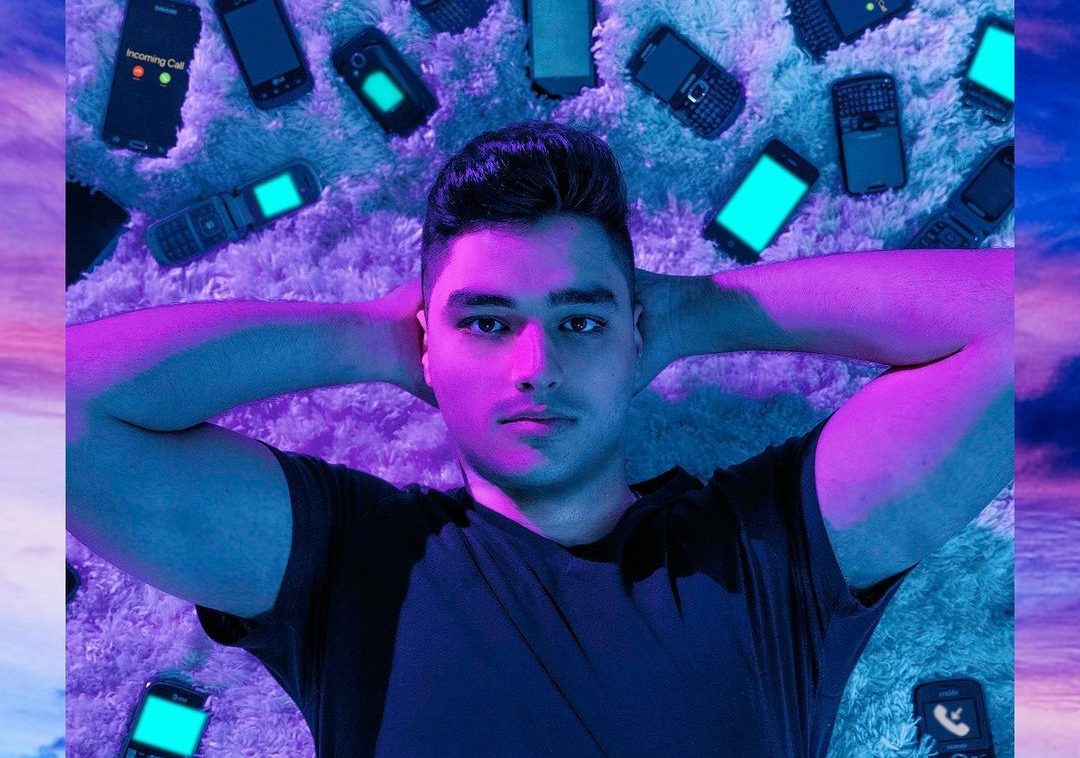 Joey Burbach — Don’t Hit Me Up

The Chicagoan talks his rebrand, new music, and what he has been up to during the pandemic.

After releasing dozens of songs under the name Joey Burbs over the past few years, the artist is returning to his birth name as his stage name. With the release today of his new single, “Don’t Hit Me Up,” Joey Burbach is officially back to his own name. The track is bubbly and fresh, painting a stark contrast to his catalog under Joey Burbs’ name.

Of the name change, Burbach tells EUPHORIA., “I just wanted to be as authentic as possible, and starting over felt like the best way to do that.”

Before the release, the retired Rice University basketball player took the time to chat with us about the track, his inspirations, and what is to come in this next chapter of his musical journey.

Talk to me about your thinking behind rebranding yourself in this way, going from Joey Burbs to using your real name, Joey Burbach?

I think the main reason came down to authenticity for me. With the name Joey Burbs, I created that name when I was a little more in an amateur stage in terms of the music I was making. I was still trying to figure out my sound. If you look at my Joey Burbs page, you’ll find anything from hip-hop, to an EDM remix. I was even featured on a country song. I was very much all over the place. A rebrand gives me the opportunity to create more of a cohesive and authentic brand and sound. It doesn’t get more authentic than using your real name.

What stylistic changes will we see from you musically as you endeavor into building the Joey Burbach catalog?

It’ll definitely be more indie pop genre-wise. Lyrically, it gets a lot deeper into who I am, my interests, and deep relationships that have formed me. I just want to be super open and authentic as possible. I just don’t want to leave anything on the table. I was definitely suppressing some real topics previously.

You released a full-length album as Joey Burbs in 2019 — what did you learn through that process that you can take into your new musical life as Joey Burbach?

Oh man, I think I learned how not to release an album. I have a lot of love for that album and everything that came around that time period — the people who helped it come together. I think it was just a moment in time where I was released purely out of love, but I didn’t have a great marketing plan or a cohesive vision for it all. I had an idea and songs that I loved, and I just kind of ran with it. That album taught me a ton.

It’s interesting to hear that, because it’s not like the album flopped. Some songs have hundreds of thousands of listens on Spotify.

I almost don’t even think of it that way. I don’t think it was executed to the level it could have been. I don’t think we reached fans in ways we could have. Some songs did well, but I didn’t capitalize in the right way from the songs to my artist project as fans. There were some songs that did pretty well. I got to collaborate with some people I truly respect. It didn’t flop, but it was a great learning experience.

Having shared the studio with numerous other artists, what are some things you have picked up along the way from other people that you instituted in your creative process?

The biggest thing I’ve learned is understanding different perspectives when writing and producing. You can only do so much when you are in your own bubble. When you’re in a room with these people, you start thinking of music and lyrics in different ways. I was probably a victim of the mindset of writing and producing everything myself. More recently I’ve gotten the opportunity to get in sessions with these people, getting to collaborate with great artists like Sammy Adams and Abstract, and others who are in the works right now. You take their energy, take their perspective and create a more holistic project at the end of the day.

So “Don’t Hit Me Up” — talk to me about your motives for such a pointed song lyrically.

It’s definitely my most blunt track to date. It came from a place of frustration. I had just come off a relationship, which ended on solid terms but then the person started hitting me up trying to do things as friends like nothing had even happened between us. I wasn’t trying to get back into being friends like, “We just broke up, like, two months ago.” Instead of going off on a tangent on a person, I wrote a song about it.

Outside of creating, I’ve been trying to connect with people. I’ve started a new relationship with a wonderful new woman. I think the main thing is to stay healthy mentally, try to workout, hang with friends and family now that the pandemic has loosened up a bit. Just trying to find happiness everywhere I can, and I feel like I’ve never been happier, just being able to work on music and having great people around me.

Who are you listening to right now who doesn’t have enough ears on their music?

Bruno Major. Still Woozy. Mob Rich. Rosé. As far as records I’m loving right now, I could nerd out about the new Kanye West Donda album — hot take, I think it’s in his top three albums ever. I think he’s the best artist of all time. Kanye is by far my favorite artist.

In terms of influences, who do you look to when crafting this new sound of Joey Burbach?

I think I take a lot of inspiration from Jon Bellion, who’s always been a huge one for me. That’s my guy, and now he’s writing a production for superstars. Drake and Common on the hip-hop side, and of course Kanye. I grew up on a lot of Queen, Aerosmith, Billy Joel.

Anything you would like to add before we wrap up?

This is just the start, this is song number one. I’m very excited about the run we are about to go on.